Beirut explosion: the path to disaster 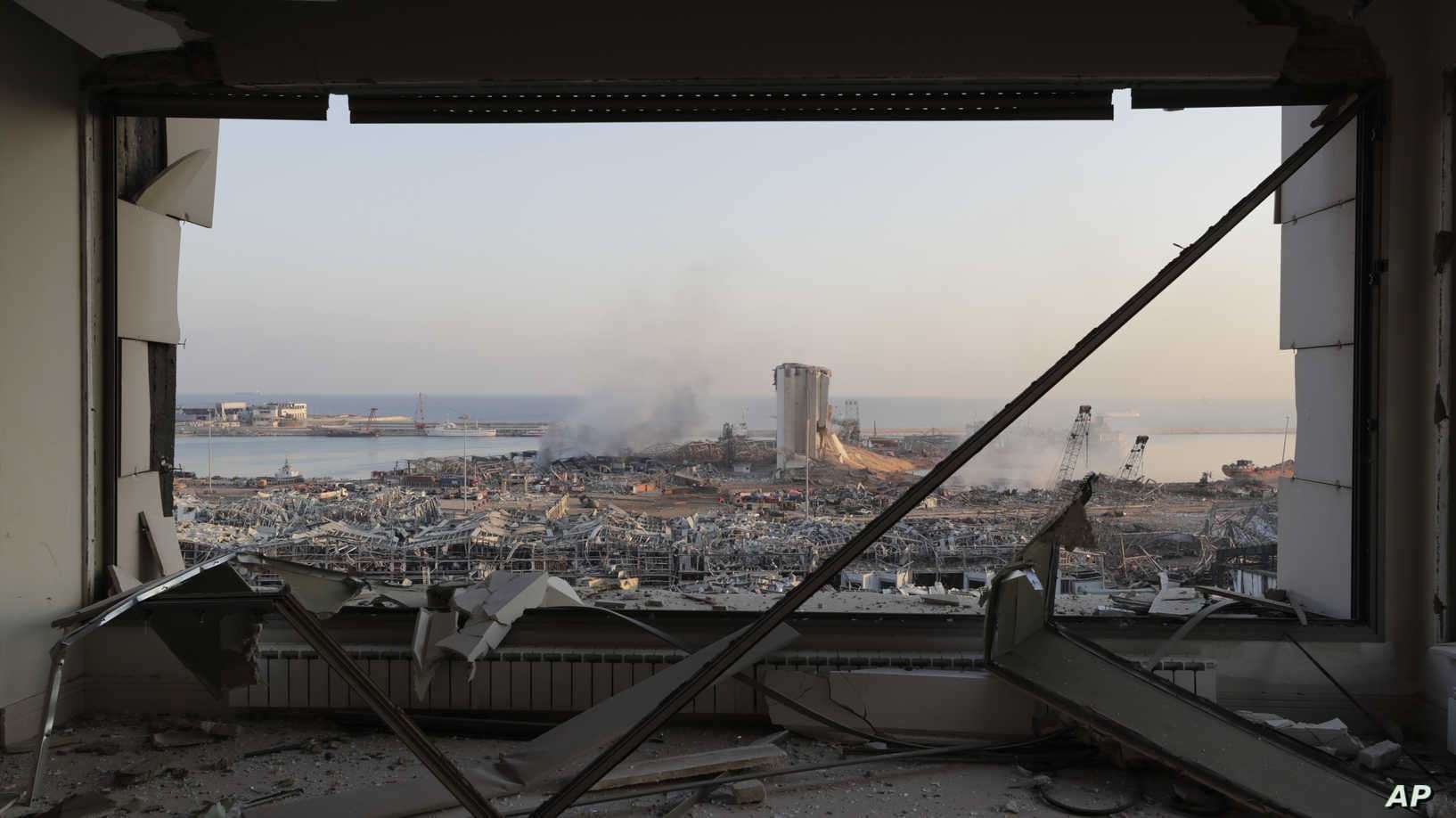 The Beirut port explosion has triggered to wave of questions and condemnation among the majority of Lebanese society: Who is responsible for the catastrophe? Why had such a massive stockpile of explosive material been allowed to sit in such unsafe conditions for so long, since many reports had warned of a potential disaster more than six years ago?

The two explosions that occurred on 4 August levelled hundreds of buildings near Beirut Port, killing at least 158 people, wounding more than 6,000 and causing devastating damage to almost every home in the Lebanese capital. It is believed that more than 300,000 are now homeless.

The chain of events was actually set in motion in October 2013 when the MV Rhosus ship set off from Georgia, destined for Mozambique, carrying a huge load of the explosive ammonium nitrate, commonly used as a fertilizer.

The dilapidated ship docked in Beirut and was detained by local port authorities due to "gross violations in operating a vessel," the Seafarers' Union of Russia told CNN. A legal battle between the Lebanese authorities and the Russian owner of the ship followed, ending up with the latter abandoning the ship, the crew allowed to return home and the ship’s cargo transferred to the Beirut Port Authority by court order in August 2014.

According to numerous media reports, the ship was loaded with 2,750 tons of ammonium nitrate, which was then unloaded into a port warehouse, with no safety measures implemented to protect people and the surrounding environment. Customs officials warned government and senior judicial officers of the potential danger, calling for the explosive materials to be exported to a buyer or transferred to the Lebanese Explosives Company.

No action was taken however, resulting in a highly explosive material being stored in an unequipped warehouse in one of the most vital areas of the capital for 71 months. Judicial and government officers failed to fulfill their responsibilities for 1,544 workdays.

There is no need to wait for the official and final statistics to know that a large number of victims were workers at the port. Hundreds of laborers worked in the port for hours every day, perilously close to a time bomb of which the authorities were aware.

According to documents circulated in the media, Lebanese customs officers warned of the danger of keeping large quantities of ammonium nitrate in the port, and repeatedly called on the judicial authority to demand that the maritime institutions to approve the sale/export of the stockpile. However, they say they never received a response.

Moreover, "a team that inspected the material six months ago warned it could blow up all of Beirut if not removed," a source close to a port employee told Reuters.

About 50 transport and customs-clearance companies that operate in the port of Beirut are responsible for protecting their workers. At least some of the managers at these enterprises knew of the presence of the highly explosive ammonium nitrate but did not insist on action. This is despite the existence of Principle 13 of the United Nations Guiding Principles on Business and Human Rights, which states that "the responsibility to respect human rights requires that business enterprises avoid causing or contributing to adverse human rights impacts through their own activities, and address such impacts when they occur." In addition, Principle 3-10-1 of the International Labor Organization standards on occupational safety and health state that the "hazards and risks to workers' safety and health should be identified and assessed on an ongoing basis, and preventive and protective measures should be implemented" by eliminating the hazard/risk and controlling its source.

In normal times, the Beirut port receives about 3,000 ships annually, accounting for 70% of the goods that enter the country. The port is surrounded by homes and businesses. None of the residents or workers were informed about the dangerous material that had become their neighbor. This violated the right of individuals to seek and obtain information of public interest that pertains to them and may affect their health and freedom.

The right to information in these circumstances is a precondition for the realization of many other civil and political rights. For example, withholding information related to hazardous substances “is a fundamental obstacle to the realization of the right to free, active and meaningful participation by individuals and societies in identifying the risks they are willing to accept,” according to the U.N.’s special rapporteur on the implications for human rights of the environmentally sound management and disposal of hazardous substances and wastes

In addition, Principle 10 of the 1992 Rio Declaration on Environment and Development emphasizes the importance of sharing information on hazardous materials and activities, stating that "each individual shall have appropriate access to information concerning the environment that is held by public authorities, including information on hazardous materials and activities in their communities, and the opportunity to participate in decision-making processes." It further stresses that "states shall facilitate and encourage public awareness and participation by making information widely available. Effective access to judicial and administrative proceedings, including redress and remedy, shall be provided."

As soon as a fire broke out in [PB1] one of the port warehouses, civil defense crews were called by police, which confirmed eyewitnesses' accounts that smoke plumes were rising from the building in which the explosives were stored.

As a standard protective procedure, crews’ first priority should normally be to identify the cause of the fire and whether surrounding conditions (such as the presence of fuel tanks or flammable gases) could trigger another fire/explosion. However, in this instance, State Security officials told the Civil Defense Department that the cause of the fire was "fireworks." Yet, State Security itself had reportedly opened an investigation in 2019 into the presence of large quantities of ammonium nitrate in a port warehouses, and communicated its findings to the prime minister's Office, army intelligence and the customs officials. Since numerous people had prior knowledge of the presence of the explosives and should have realized the possible scenarios, workers in the port should have been immediately evacuated at the first sign of fire.

Instead, civil defense crews were sent to their deaths. It only took a few minutes after their arrival on the scene before 10 civil defense personnel were killed, along with a number of state and general security workers, while standing in front of Room No. 12, which contained the thousands of tons of ammonium nitrate that blew up in the aftermath of the fire.

Justice for the victims should not be limited to compensation or repairs, although that should certainly be given. Justice should not end with the putting out the flames and removal of the rubble. What is needed is another “explosion,” this time to put an end to the systems and culture that breed corruption.