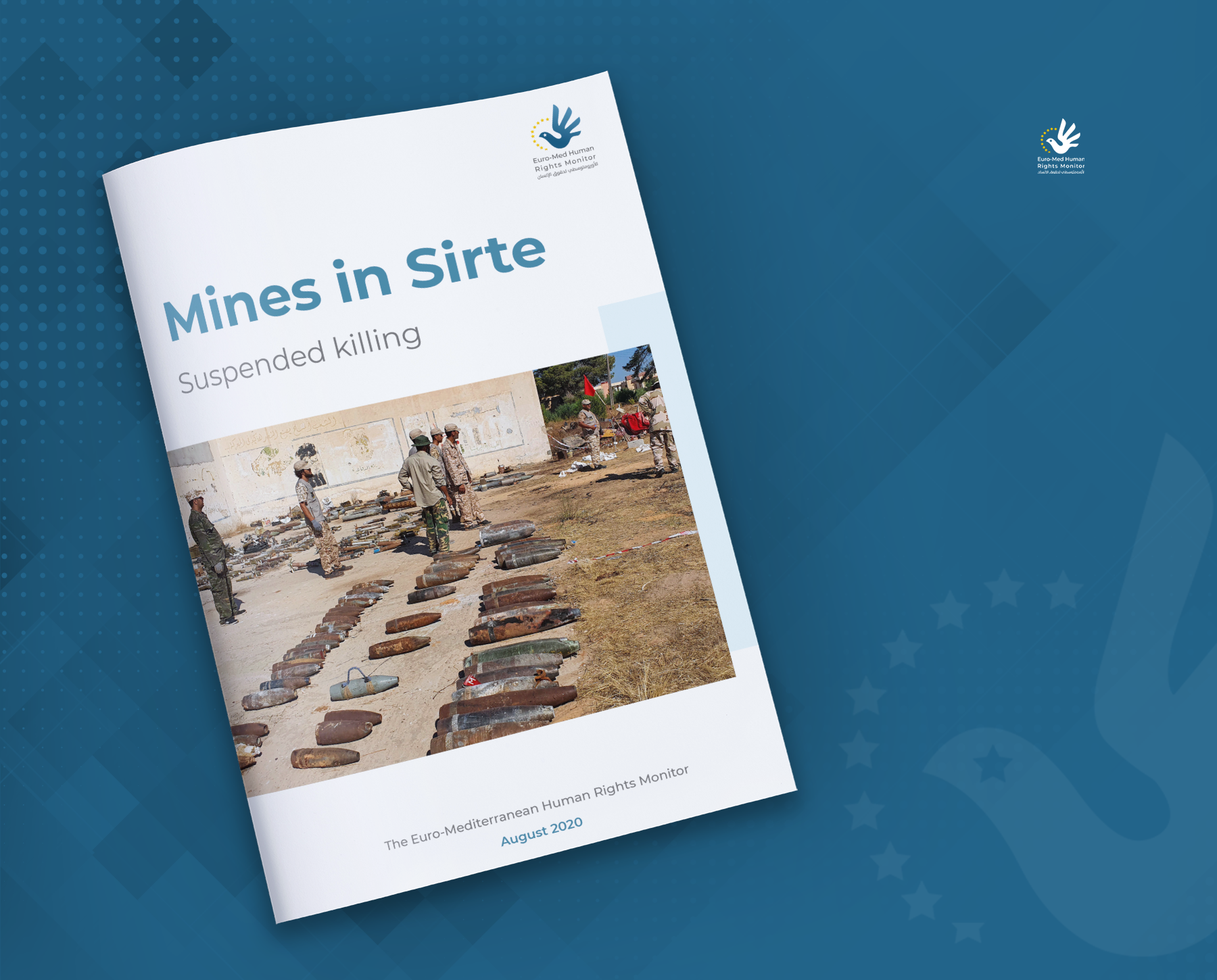 Geneva- Repeated explosions from mines planted in and around two of the most populous cities in Libya, Tripoli and Sirte, pose a serious risk for residents, warns the Geneva-based Euro-Med Monitor.


In a brief report, Euro-Med Monitor highlighted the influence of the Russian mercenary group known as Wagner and the allied forces under the command of Lieutenant Khalifa Haftar. The group has planted a significant number of landmines in nearby Sirte and the roads leading into and out from the south and west. Even after active fighting has died down, the mines cause ongoing injuries and deaths among unsuspecting residents.