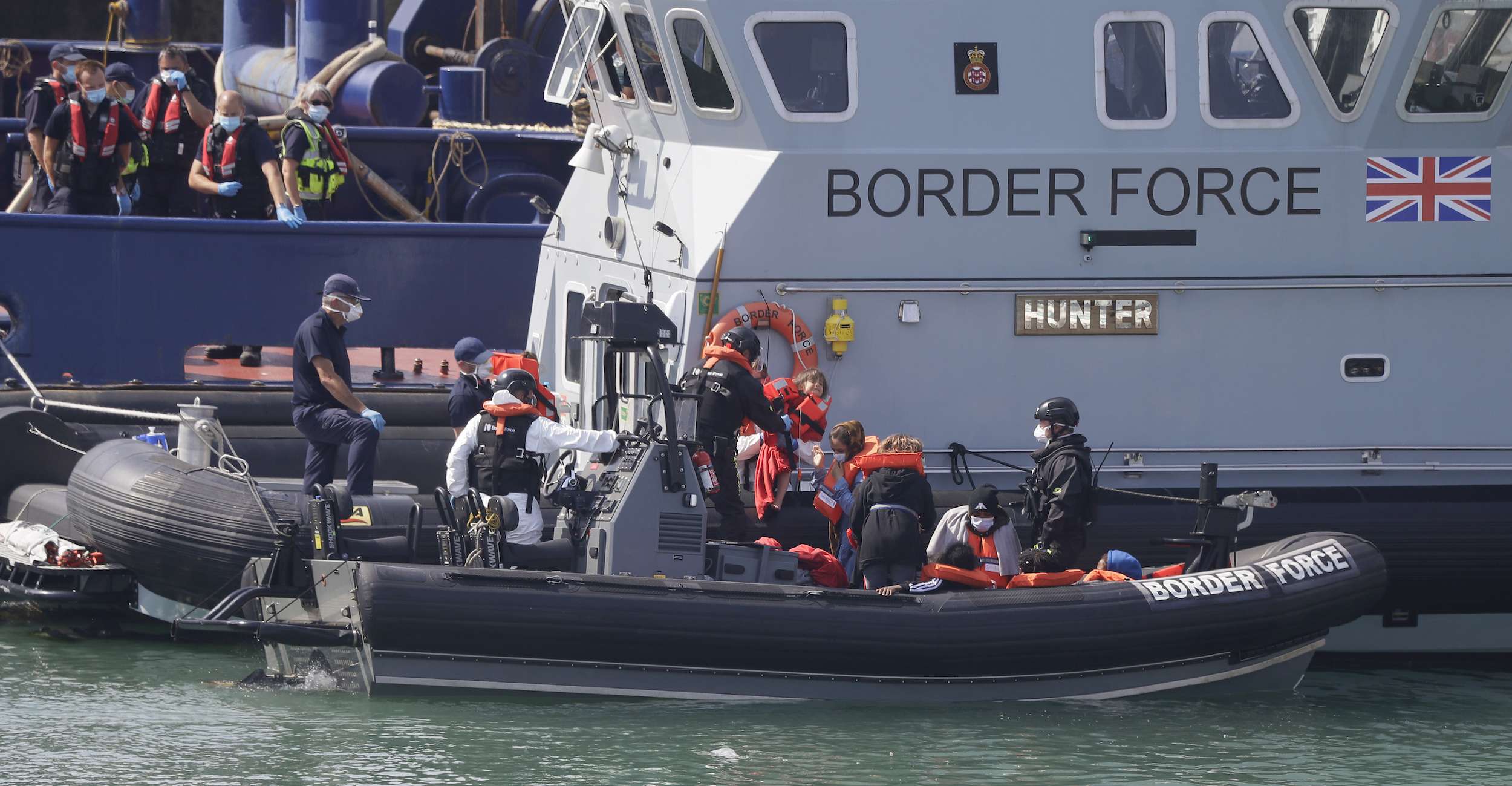 The UK’s alarming utilization of militant means to deter asylum seekers from crossing the English channel is inhumane, illegal and would endanger lives and exacerbate the problem rather than offer any meaningful solutions, Euro-Med Human Rights Monitor said today in a statement, the British and French Governments should undertake more effective measures that offer safer asylum routes and ensure full respect for the rights of asylum seekers instead of closing all doors in their face.

Last Sunday, UK Home Secretary Priti Patel announced that she formally requested help from the Ministry of Defence (MoD) and appointed an ex-royal marine, Dan O'Mahoney, to work with the French government as a "clandestine channel threat commander" to thwart asylum seekers from crossing the English channel into the UK and push them back to French shores. The UK’s MoD further declared that it has sent a military aircraft “RAF Atlas” with spotters on board to surveil the English Channel and intercept migrants at sea. On Monday, Ms. Patel emphasized the government’s determination to work “collectively with the French” to “make this route unviable.”

This year, about 4,000 asylum seekers have successfully crossed the English Channel from France to the UK in small inflatable boats. The majority come from Syria, Afghanistan, Iraq and other crises-ridden areas.

With little options left, asylum seekers’ difficult journey through channel is often their last resort to seek a safe refuge from conflicts and persecution in their home countries. What forces people to take journeys is a combination of French government crackdown on refugees, particularly on migrant camps in Calais and Dunkirk, in addition to joint French-British efforts to curb smuggling by trucks and shipping containers, and profound fear that Brexit would soon mean a closure of British borders. This puts significant pressure on asylum seekers to rush and undertake such dangerous trips before it's too late.

Migrant channel crossings are already dangerous as they are, since they are usually undertaken in unequipped, unseaworthy and overloaded vessels, putting many lives at risk of drowning. Hence the UK’s determination to make the trip significantly harder with the involvement of the Ministry of Defense would only increase the risk on asylum seekers’ lives. It would only force asylum seekers to take more dangerous and extreme alternatives in desperation to secure their future and avoid being sent back to home countries where conflicts, wars and persecution await deportees.

Euro-Med Monitor emphasizes that the UK must introduce clear and dignifying mechanisms for refugees to request asylum more safely instead of imposing greater restrictions that would only force people to take more dangerous routes to find their way to safety. For instance, last year, 39 people were found dead in a lorry in the city of Essex, after they suffocated inside while attempting to get smuggled to the UK. We similarly call on France to ensure more respect for the rights of asylum seekers and make their lives more stable, rather than complicating asylum procedures, imposing more restrictions and cracking down on refugees and migrants.