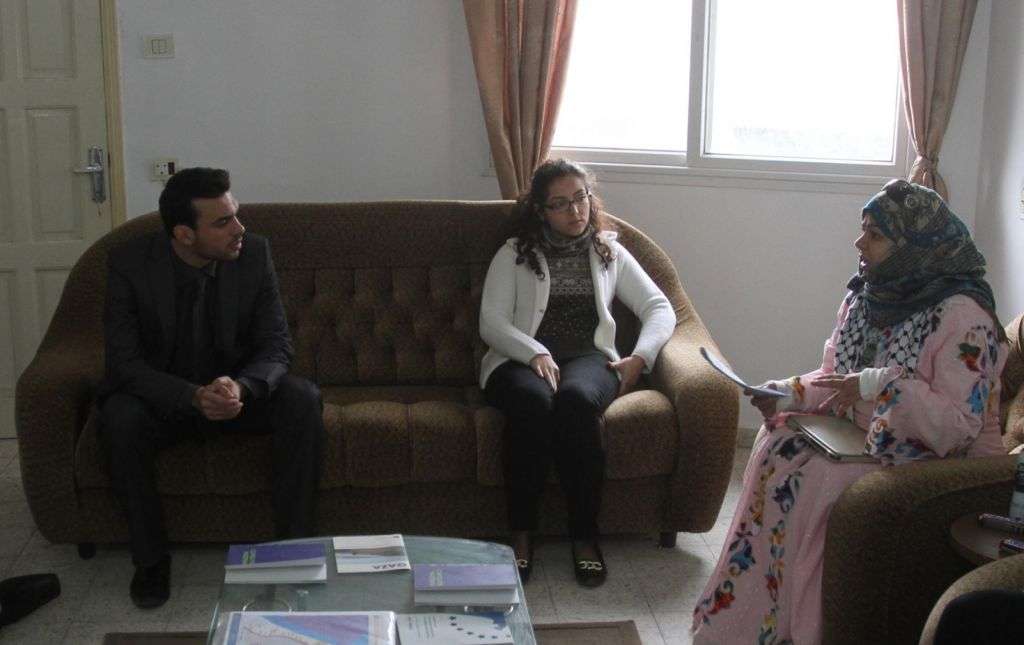 Advisor to the President of the International Islamic Council, Maha Al-Fahed, has visited Euro-Med Monitor for Human Rights' regional office in the Gaza strip. Al-Fahed came in support to the strip as part of the European Convoy of Hope.

In a meeting with Euro-Med Monitor's chairman of board of directors and personnel, Maha Al-Fahed was briefed with the repercussions of  the last Israeli aggression on Gaza, Nov. 2012, let alone the intentional and direct targeting of children and non-combatants .

The international advisor was updated on the late humanitarian and social developments in the Gaza strip. She also had a look the utter violations committed by the Israeli authorities against Gazans during 2012 which Euro-Mid had documented.