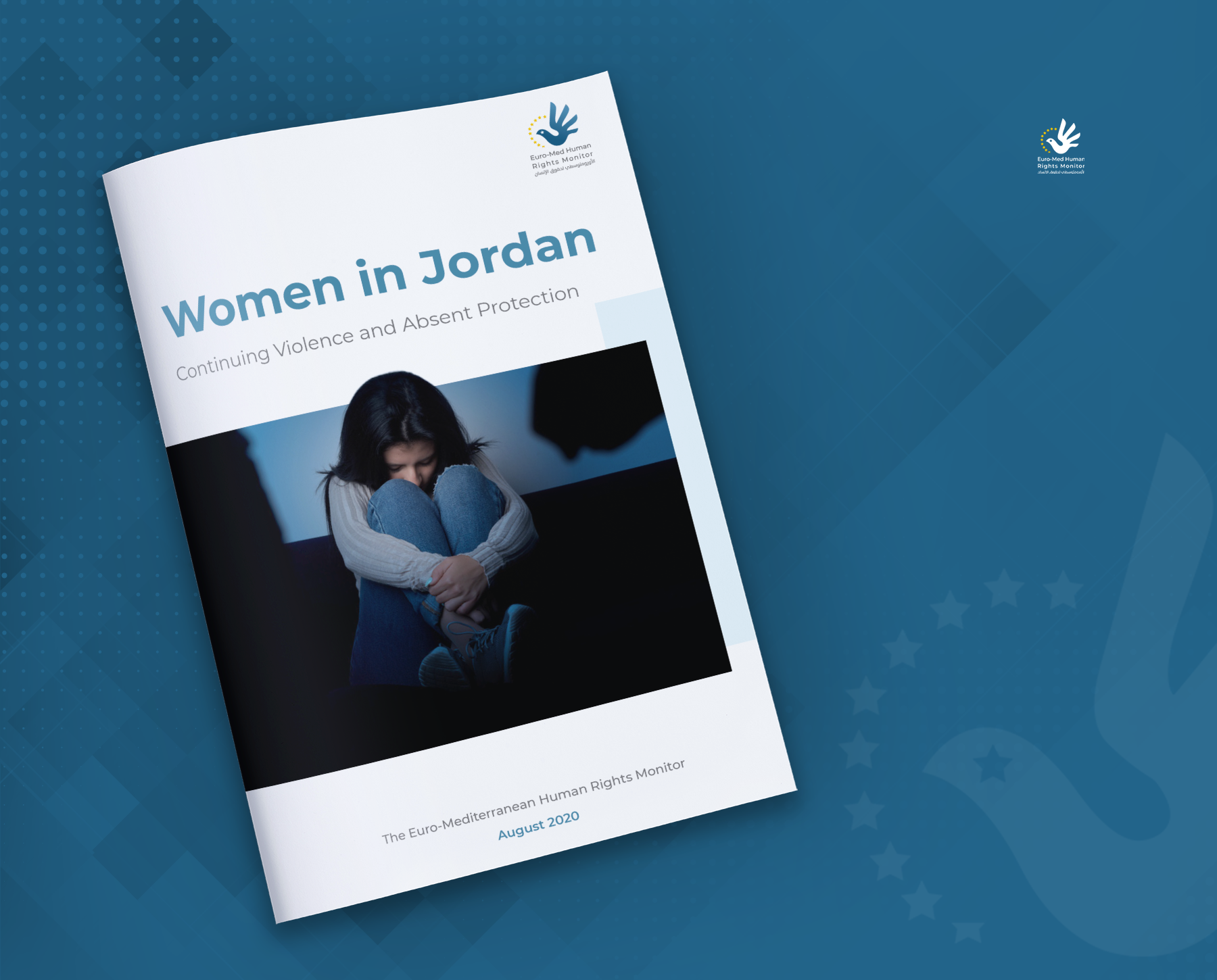 Despite the rise of acts of violence committed against women in recent years, the official measures are still not enough to curb such behaviors, said Euro-Mediterranean Human Rights Monitor.

This rise of crimes and violence – most recently, last Friday, when a man burned his wife to death – is a result of a number of factors, most importantly, the absence of deterrent penalties against perpetrators.

In a brief report entitled “Women in Jordan: Continuing Violence and Absent Protection”, Euro-Med Monitor highlighted the outburst of violence against Jordanian women, where the country recorded 21 cases of female murders – a three-time increase compared to 2018 which saw seven murders only.

In the same year, 6,965 women fell victims of violence, 810 were able to get aid from the five battered women shelters belonging to the Ministry of Social Development while the rest, especially who live in remote areas, were marginalized and consequently left to face more violence. This rise in the number of crimes against women came within the framework of the rise of crime rate in general as a result of social and economic factors. During 2019, the total number of crimes committed in Jordan reached 26,521, which is a 7.57% increase compared to 2018 which witnessed 24,654 crimes.

The report stresses that the social reality in Jordan forces battered women to stay silent which makes them think that reporting won’t help them or that their fate will be unknown in relation to their protection and rights. Further, women fear the reaction of their oppressors. Such fear and reluctance may necessarily put them in more danger, especially when violence causes serious injuries, and threatens their lives.

“The woman protection system the Jordanian government has introduced puts in considerable efforts to hear the complaints of women and ensure their rights to judicial and social protection,” Euro-Med Monitor’s legal advisor Omar Alajlouni said. “Still, developing and adopting more effective and practical measures is highly needed by ensuring their protection through teaching and training them, so they could get back to their normal lives".

Alajlouni adds that the National Survey, which is conducted to measure the extent of violence against women, does not include married women, 50-year-old-women who have been married before, or 15-year-old unmarried girls. Consequently, about one million unmarried women are excluded from the survey.

The Jordanian law criminalizes some forms of violence committed against women, where it did not stipulate the imposition of penalties for ‘sexual harassment’, and only imposed penalties on ‘sexual assault’. Local reports suggested high rates of sexual harassment in workplaces by more than 42%”.

Despite the fact that the government amended the law and submitted a proposal to the House of Representatives to add the phrase ‘sexual harassment’ and some other relevant amendments, the House Work Committee deleted the phrase, attributing it to a lack of recognition of the prevalence of the phenomenon of harassment, especially at workplaces and its impact on the withdrawal of women from the labor force.

Based on the report, Euro-Med Monitor recommends: