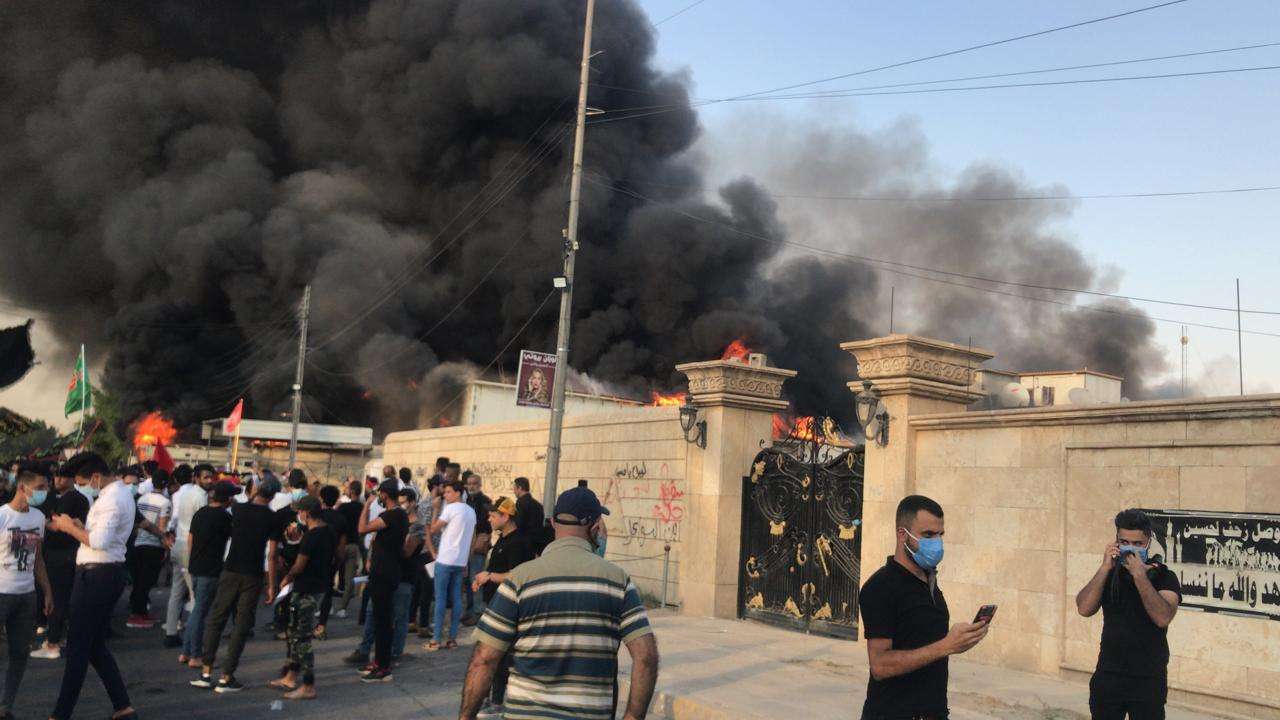 Geneva - The Euro-Mediterranean Human Rights Monitor has expressed its deep concern over the serious threats facing journalists in Iraq, stressing that the state is responsible for protecting their lives and guaranteeing freedom of press work in the country.

Dijla TV employees received threats after the Dijla Tarab channel, of the Dijla Media Corporation, broadcasted songs on Ashura Day (10th of Muharram in the Islamic calendar, which corresponds August 28, 2020), a holy day for the Shiite community, during which singing is prohibited, especially in the central and southern regions of Iraq.

Partisan and armed groups began inciting against the channels’ employees, publishing the names of the correspondents working for it on social media and started making serious threats against them, asking them to issue an explanatory statement about the incident, which they considered “a serious insult to the sanctity of the religious day.”

Former Dijla TV journalists – resigned due to the threats – were subjected to death threats, such as Zaid Al-Fatlawi (Al-Diwaniyah correspondent), Muhammad Al-Bolani (Diwaniyah Photojournalist), Ali Muhammad (Wasit correspondent), Karar Al-Assaf (Najaf Reporter), Saif Ali (Baghdad Reporter), Rasim Karim (Dhi Qar correspondent). There have also been many calls inciting against them and demanding the security services not to cooperate with them and to arrest them if they practice press work. In addition, some heads of local governments issued statements banning those journalists from working inside the governorates.

Euro-Med Monitor spoke to Zaid Al-Fatlawi, one of the reporters who received threats, who said that “Many bodies asked us to clarify our position regarding what happened, so I, on my personal page on Facebook, wrote a statement, and explained that my colleagues and I work for the ‘Dijla news channel’ and not for the ‘Dijla Tarab channel’. We do not have the authority to stop broadcasting the songs on that day, and we refuse to disrespect the religious rituals of any group”.

“Although I made my position clear, I was subsequently subjected to direct attack and incitement, under the pretext that my justification falls within the framework of defending what is wrong and insulting religious rituals. I have seen many publications calling for punishing Dijla correspondents and preventing us from working.”

“Incitement, and threats from armed groups prompted us to announce our resignation even though it is our only source of income. Everyone knows that we practice our journalistic work independently and impartially.”

Al-Fatlawi explained that he and his colleagues received letters of gratitude after announcing their resignation, but soon after journalists and activists affiliated with certain political parties began spreading rumors that their resignations were fake and only a foramlloty, attacks were renewed calling for their punishment, killing, or expelling them to “be a good lesson to other journalists”.

On August 31, 2020 unidentified groups wearing civilian clothes and armed elements working in the security services stormed the headquarters of the Tigris channel, destroying all its contents, then setting fire to the building and preventing civil defense teams from reaching the site.

Euro-Med Monitor learned that armed men stormed the offices of the journalists who were threatened, and asked for their phone numbers and home addresses, which can lead to targeting and harming them in light of the widespread wave of incitement they are exposed to.

The incitement and targeting campaign that these journalists are subjected to is not really due to what was raised about the broadcast only, but it is mainly related to their press activity in covering the Iraqi popular movement that has been going on since October 2019, as they used their personal pages on social media websites to cover, support and promote the protests.

The violations against media organizations in Iraq and the threats they receive are against the relevant national and international laws and legislations, and the freedom of opinion and expression, and fall within the framework of "intimidation of the press" which has become a prominent feature in Iraq.

“It is unfortunate that journalists are exposed to public threats because of their press work, including accusing them of involvement of events that they were not originally part of,” said Anas Aljerjawi, Euro-Med Monitor’s Middle East and North Africa Regional Director. “It is clear that the power of armed militias in Iraq is increasing day after day, in light of the absence of the will, or the ability of the state to control illegal armed groups. This puts all activists and journalists under the possibility of being targeted.”

The Iraqi authorities should fulfill their responsibilities to provide full protection for these journalists, and to stop all forms of threats and incitement to which they are exposed to through a number of local satellite channels affiliated with these armed groups. On the other hand, the Federation of Journalists of Iraq should protect the rights of journalists and support them to recover what they have lost due to this incitement campaign, most importantly their jobs, which they were forced to leave due to the serious threats they received.