Italy’s grounding of Moonbird criminalization of solidarity and humanitarian work 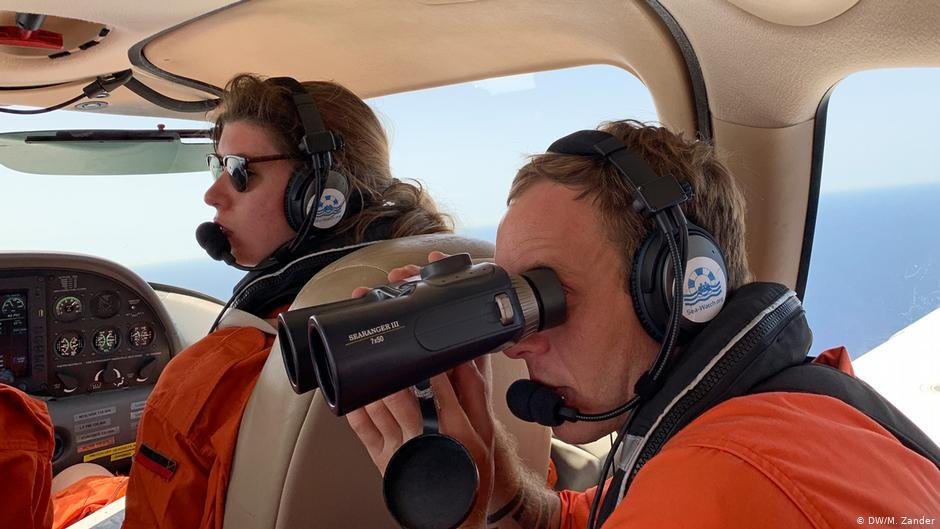 Geneva - Italy’s grounding of the Humanitarian Moonbird plane is a seriously concerning step towards consolidating violations against migrants distressed at sea and preventing the public’s access to clear and transparent information about what goes on in the Mediterranean, the Euro-Mediterranean Human Rights Monitor said in a statement today. This alarming hindering of humanitarian and NGO work must be stopped immediately before it puts more lives of sea migrants at critical dangers.

Since last Friday, the Moonbird humanitarian plane has been prevented from spotting migrants’ boats in distress due to a ban issued by Italy, according to Sea-Watch, to restrain it from showing the human rights’ violations occurring in the Central Mediterranean. The Italian Civil Aviation Authority, ENAC, grounded the Moonbird, managed jointly by the German NGO Sea-Watch and the Swiss organization Humanitarian Pilotes Initiative, allegedly because of a very intense flight activity, which represents "unauthorized and uncoordinated search and rescue”.

The obligation to report boats in distress falls on every aircraft that sees them, even on the Moonbird, which has never carried out SAR activities but “an intense and important human rights monitoring activity in a stretch of sea where these are violated daily".

The protection of asylum-seekers and migrants at sea represents an integral part of international human rights, refugee and maritime laws. States have clear obligations to rescue and aid any person found in distress at sea and to ensure that their rights - including the right to life and the principle of non-refoulement - are upheld.

Preserving human lives at sea requires effective coordination and cooperation between the various actors that play a role in providing rescue, including humanitarian aircrafts like the Moonbird. The presence of the small boat has been fundamental in these years to report the presence and position of migrants who needed immediate rescue, as well as cases of failure to provide assistance, unacceptable delays and illegal push-backs of migrants to Libya.

“The increasing criminalization of solidarity is strongly damaging the work of NGOs in the Mediterranean and harming migrants’ fundamental rights” said Michela Pugliese, researcher at Euro-Med Monitor. “Without humanitarian planes like Moonbird, the capabilities of NGO ships are severely restricted, as they rely on air surveillance support. Governments can keep committing their violations with impunity, without the eye of the global civil society monitoring them”.

Euro-Med Monitor calls on Italy to immediately allow Moonbird to return to the monitoring activity that has helped spotting and saving thousands of human lives since 2017; to respect the legal obligations to which Italy is bound, particularly to ensure effective search and rescue operations, the prompt and safe assistance of migrants in distress at sea and the prevention of torture, inhuman or degrading treatments; to acknowledge the documented human rights’ violations suffered by migrants in reception centres in Libya, publicly known as places of slavery, exploitation, arbitrary detention, rape and torture, and to seek constructive cooperation with NGOs working in the Mediterranean.

Euro-Med Monitor calls on EU member states to concretely support the work of NGOs saving lives at sea instead of criminalizing it, to acknowledge the serious human rights’ violations against migrants occurring in Libya, where migrants are often pushed back to, and to find common solutions based on responsibility-sharing mechanisms, aimed at alleviating the burden on front-line Southern-European States and ensuring migrants their right to apply for asylum.

Since 2017, Moonbird flew over the Central Mediterranean every day, signalling the position of migrants’ boats in need and soliciting their rescue. Since June, the humanitarian plane carried out 47 missions and spotted and saved around 2600 persons in distress at sea.

As the Seabird, the other civilian aircraft engaged in monitoring missions, has stopped for maintenance work, Moonbird was the only humanitarian plane flying over Mediterranean waters, leaving them totally uncovered now.

It is not the first time that the small plane is forced on the ground: last year Italy stopped it together with the Colibri aircraft because for ENAC they could "be used only for recreational and non-professional activities". The year before, Malta also prevented it from operating on the island for a few months.

Given that in October 2019 the same ENAC has certified the lawfulness of the operations and methods of the Moonbird, the real reason for the grounding seems more to be that both the Italian government and the European Union prefer not to have someone reporting what is occurring in the Central Mediterranean.

“The Italian authorities want to close our eyes so that nothing is known about what is happening between Lampedusa and Libya, so that the Central Mediterranean becomes a black hole” said the spokesperson for Sea-Watch in Italy, Giorgia Linardi.