Suppressing peaceful activists in Mauritania, UAE, and Bahrain is an ugly policy of muzzling mouths 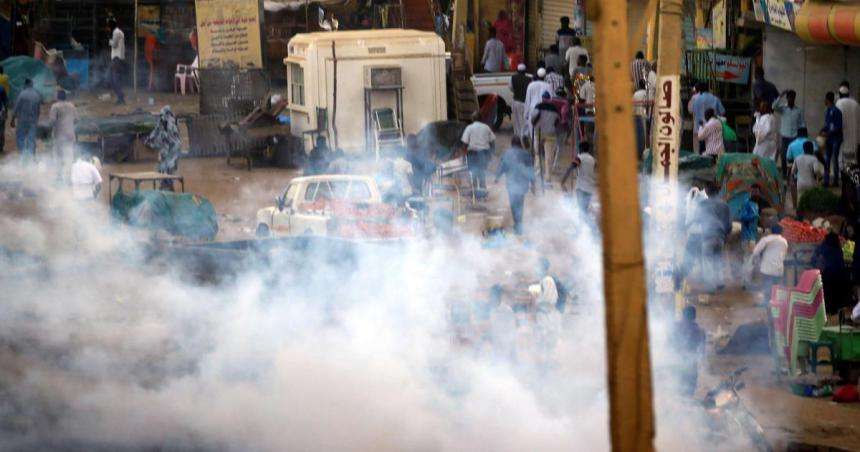 On Tuesday, 15 September 2020, the Mauritanian security forces used excessive force to disperse a peaceful demonstration in the capital, Nouakchott, organized by activists to reject normalization agreements between Arab countries and Israel.

Mauritanian riot police dispersed the protesters condemning the US role in establishing relations with Israel by Arab countries in front of the US embassy building in the capital by force. The security forces imposed a blackout on the number of injuries and arrests.

In Bahrain, the security forces arrested two participants after a demonstration against the normalization agreement, and transferred them to an unknown destination, while dozens of others are being pursued and summoned against the same background.

The security forces imposed strict measures against the movement of citizens to the capital, Manama, and the villages of Abu Saiba, Shakhura, Sanabis, Sadad, and Karranah. The security forces, after announcing the ban of any peaceful demonstration against normalization, were deployed in areas that witnessed demonstrations.

Euro-Med Monitor team has received complaints that opponents of the peace agreement between Bahrain and Israel received threats not to express opposition or carry out actions that reject the agreement, in parallel with a campaign of intimidation through pro-state media against the opponents.

The UAE imposed similar restrictions by launching a campaign of pursuit and arbitrary arrests of dissidents.

Euro-Med Monitor team has received complaints that the UAE authorities have taken intimidation measures against Palestinians residing in the Emirates, threatening them of deportation, to make statements in support of normalization.

Euro-Med Monitor received testimonies that the UAE authorities launched an unannounced campaign of arrests against Arab citizens and residents, including Palestinians and Jordanians, who publicly expressed their objection to normalization with Israel, in addition to a complaint about the dismissal of employees and the imposition of resignations on the same background.

The security forces’ use of force and physical and moral intimidation against peaceful assemblies is a violation of basic rights guaranteed by the Universal Declaration of Human Rights and other human rights agreements.

The Euro-Med Monitor condemns the policy of silencing and violating the right to freedom of press work and freedom of opinion and expression, which has increased in frequency, especially in Bahrain and the UAE against the background of the normalization agreement.

The United Nations should activate its own procedures to stop the systematic violations of human rights in the three countries, and to ensure that citizens and expatriates enjoy their rights without the threat of cutting off their livelihood, deportation and arrest.

All detainees who were arrested on the background of their positions and expressing their views must be released, and all restrictions imposed on the exercise of the right to peaceful assembly, freedom of expression and the press must be abolished.

On Tuesday evening, the White House witnessed the ceremony for signing two agreements between the UAE and Bahrain with Israel, with the presence of US President Donald Trump, the Bahraini and Emirati foreign ministers, the Israeli Prime Minister Benjamin Netanyahu, in addition to US administration officials.

The ceremony came weeks after the Emirati-Israeli agreement was revealed, which sparked a wave of protests on social media, against the decision to normalize ties between Arab countries and Israel, as activists considered it an encouragement for Israeli violations against Palestinians in the Occupied Territories.