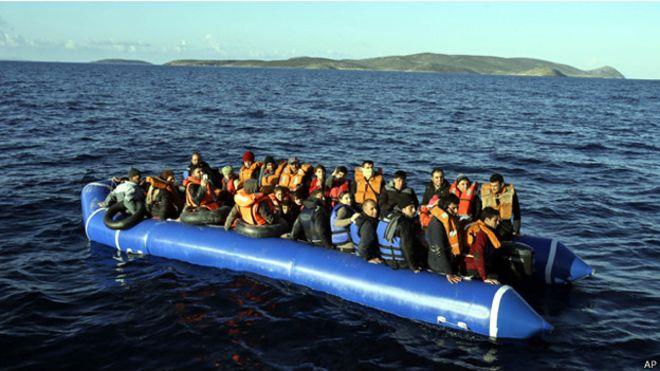 Geneva-based Euro-Mediterranean Human Rights Monitor warned against the escalation of Lebanese’s migration attempts across the Mediterranean Sea amid the intensification of Lebanese crises at every level, which rocked the Lebanese economy, the latest of which was the Beirut port explosion on August 4th, which caused the death and injury of hundreds.

In northern Lebanon, ‘the port beach’ is the central migration point from which boats depart heading to Cyprus. Since the beginning of September, about five boats departed the port, carrying 150 migrants, most of which were Lebanese and Syrian, stated the Euro-Med Monitor in a press release on Sunday, September 27.

“The Lebanese economic crises, including the rise of poverty and unemployment rates, electricity and water outages, the dollar crisis, and the increase of food and commodity prices, were the main motives for the migration of significant numbers of Lebanese,” said the organization.

On September 6th, authorities in Cyprus returned a boat from Lebanon carrying 33 migrants (13 men, 6 women, and 14 children) upon reaching Limassol, Cyprus. Consultations between the Cypriot and Lebanese authorities have been established, resulting in returning migrants on a rental boat as the boat they came by was unsafe. With basic food items on the boat, they came back accompanied by nurses, a translator, and a police officer.

On Saturday, September 5th, another boat carrying 51 migrants (35 men, 5 women, and 11 children) reached the buffer zone in Cabaris and crossed the area governed by the Cypriot authorities. Soon after, migrants were transferred to the island’s reception center in preparation for returning them to Lebanon.

On Monday, September 14th, the United Nations Interim Force in Lebanon (UNIFIL) stated that they rescued 36 persons, most of whom are Syrians. They were on a boat in the international waters across the Lebanese shores. It was assumed that they were on their way to Cyprus, and UNIFIL stated that the boat was carrying 37 persons, 36 of which were dead.

Euro-Med Monitor highlighted that migrants follow various migration routes. Some approach embassies to get official visas to depart, mostly young men ask foreign embassies, especially the Canadian embassy, to open up migration channels, and some follow illegal maritime to escape the unfavorable conditions in the country.

Euro-Med Monitor confirmed that Lebanese economic crises, including the rise of poverty and unemployment rates, electricity and water shortages, the dollar crisis, and the increase of food and commodity prices, were the main motivations behind the migration of significant numbers of Lebanese, based on some international reports that monitored the migration of more than 62,000 persons from Lebanon last year.