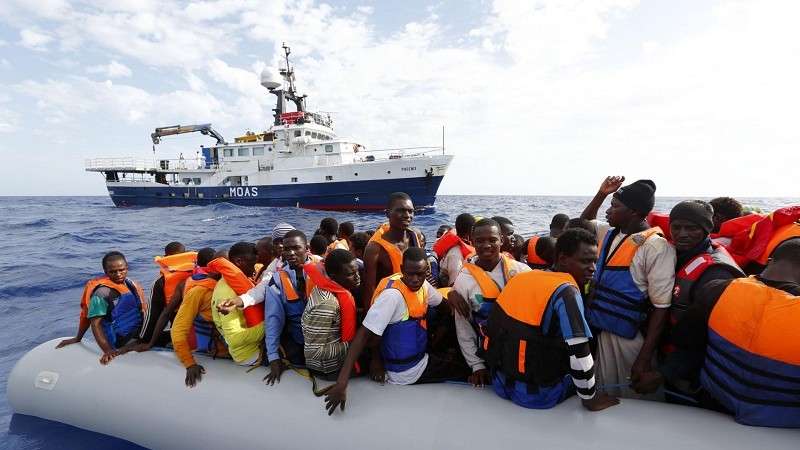 Geneva – The amendment of some articles of the two Security Decrees on migration and asylum in Italy is a positive step in the right direction, says the Euro-Mediterranean Human Rights Monitor. However, the new proposed provisions lag behind adopting structural reforms, which should treat migration as a natural phenomenon rather than a temporary crisis.

In a press release on Sunday, October 11, Euro-Med Monitor highlighted that on October 5, Italy announced the amendment of some articles of the two Security Decrees, which are related to migration and rescue operations at sea, introduced by the former Interior Minister, Matteo Salvini. The amendments represent a positive step towards a more humane asylum system.

Michela Pugliese, a researcher of migration and asylum at Euro-Med Monitor, noted in a commentary that the new provisions are an important step forward. Still, major issues should be reintroduced, so they could be radically resolved.

Pugliese added that “The new decree fails to take a clear stance against the criminalization of NGOs, choosing to reduce rather than eliminate the infamous fines on ships carrying out search and rescue operations, as saving lives in distress should not be considered a crime under any circumstances."

According to Euro-Med Monitor’s follow-up, the most important reform is the reintroduction of the residence permit for humanitarian reasons that lasts for two years under the category of special protection. This permit will be granted to migrants who have "serious reasons, in particular of humanitarian nature or resulting from constitutional or international obligations of the Italian State.”

This amendment will help tens of thousands of migrants and asylum seekers to settle their legal status, noting that more than 37,000 migrants became undocumented since 2018 because humanitarian permits were abolished with Salvini’s Security Decrees.

As for rescue at sea, the Minister of the Interior can prohibit non-military ships from entering and passing through Italian waters. However, if the ships have carried out their search and rescue operations in accordance with international agreements and in coordination with the competent authorities and their flag state, this article does not apply to them. If a violation occurs, a magistrate court must intervene to ascertain it and the crew may face fines ranging from 10,000 to 50,000 Euros. Such fines are lighter when compared to those imposed by the Security Decrees, which amount to up to one million Euros. They might face the risk of imprisonment up to two years.

The new provisions allow the convertibility of residence permits into work permits, that was no longer possible according to the Security Decrees. With the categories of convertible permits already provided, the new decree adds new categories such as people with special protection, calamity, elective residence, acquisition of citizenship or statelessness, sporting activity, artistic work, religious groups and assistance to minors. Therefore, the new decree makes it easier for those who hold other permits to obtain a regular working visa and, consequently, makes it harder to exploit migrants with illegal jobs without a contract, social security and to force them to work under inhumane conditions.

The current legislation prohibits the expulsion and refoulement to states where asylum seekers risk being exposed to torture, inhumane or degrading treatment. The new decree adds the risk of violation of the right to private and family life, enshrined in Article 8 of the European Convention on Human Rights, which states that anyone who has built a stable life in Italy cannot be repatriated, except for reasons of national security. In case of repatriation, the new decree reduces the maximum stay at expulsion centers, the so-called CPR, from 180 to 90 days.

Focusing on the integration of both applicants and the holders of international protection, the new decree aims at restoring the so-called SPRAR system (Protection System for Asylum Seekers and Refugees) that the Security Decrees reduced and obstructed, so that only unaccompanied minors and beneficiaries of international protection could access it. With the new decree, the SPRAR system will be accessible to all migrants and asylum seekers, including providing health, psychological and legal assistance, cultural mediation and Italian language courses.

The amendments affect the Citizenship Law. While the Security Decrees extended the time required for obtaining Citizenship from two to four years, the amendment reduces it to three years.

Italy should lead comprehensive and brave reforms with respect to its asylum system, and not only partial reforms that would only bring a limited improvement to migrants and asylum seekers.