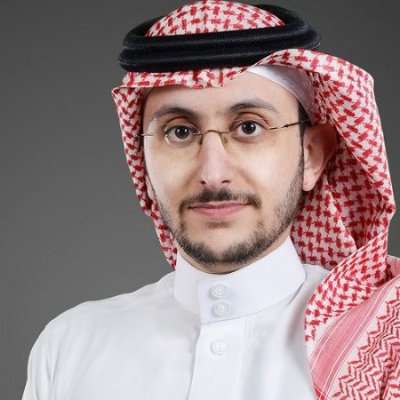 Geneva – The Saudi judiciary issued an arbitrary decision to imprison Saudi economist Isam Al-Zamil for 15 years, the Euro-Mediterranean Human Rights Monitor said in a statement on Wednesday, October 14, describing the decision as an act of intimidation against key figures and elites to suppress freedoms and silence critical voices.

Al-Zamil,41, a prominent Saudi economist, was arrested as part of a large-scale arrest campaign in September 2017, targeting activists, thinkers, clerics, businessmen and human rights defenders under different charges, including terrorism, corruption, and plotting conspiracies against the state.

The arrest came after Al-Zamil criticized plans introduced by the Crown Prince of Saudi Arabia, Mohammed bin Salman in April 2016, to sell 5% of Aramco’s shares as part of his economic reform vision. Al-Zamil commented on the announcement on a social media, which he later deleted, by saying:

“The deal’s value will be $2 trillion after transferring Aramco’s ownership to the [Public Investment] Fund”. “Aramco’s market value cannot exceed $300 billion. Unless what is meant here by Aramco’s value is $2 billion is that everything will be sold, even the ownership of oil underground.” “Away from compliments and double-talk, oil belongs to the people, so a decision like this (selling oil underground) shouldn’t be taken except with the consent of everyone.”

On October 1, 2018, local human rights reports revealed that Al-Zamil and other activists were tried in a secret session held before the Saudi Specialized Criminal Court. During the session, the Public Prosecution accused Al-Zamil with several charges, based on the Anti-Terrorism and Cybercrime Prevention Acts, and demanded severe penalties against him.

Saudi local media outlets said that the Saudi Public Prosecution accused Al-Zamil of communicating with Qatar, inciting young people to participate in demonstrations against governors, being affiliated with the banned Muslim Brotherhood, questioning the integrity of the Saudi judiciary. In addition, he was accused of meeting with foreign diplomats and giving them information and analyses of the kingdom in terms of procedures and decisions taken without informing the official authorities.

Amid concerns about his health, these charges meant that Al-Zamil has been held in detention for three years now. It was reported that the authorities are keeping him in solitary confinement and subjecting him to ill-treatment.

On October 5, 2020, the Criminal Court in Riyadh issued a 15-year prison sentence against Al-Zamil over previous charges. While no official announcement was made regarding the decisions, judicial authorities didn’t speak of the judgement.

“This harsh ruling against Saudi economist Essam Al-Zamil confirms once again that the Saudi authorities are proceeding with their repressive policy without any respect for all calls demanding an end to the policy of arbitrary detention and unfair sentences”, said Anas Aljarjawi, Euro-Med Monitor’s MENA Regional Manager. “The Saudi judiciary’s lack of independence and impartiality turned it into a tool of suppression and settling scores with its opponents”.

Aljarjawi warned against “the great powers’ shameful complicity in dealing with human rights in Saudi Arabia, as none of them had ever taken a firm stand – at economic or military cooperation levels. They could pressure Saudi Arabia to stop suppressing freedoms instead of making shy calls that do not rise to the needed level of advocacy for victims of human rights violations in the Kingdom”.

Euro-Med Monitor confirmed that these arrests violate Saudi domestic laws in the first place. Article eight of the Law of Printing and Publication states that “Freedom of expression is guaranteed in the different media of publication within the limits of Sharia Rules and Law”. Article two of the Executive Regulation for Electronic Publishing stipulates supporting the culture of dialogue and diversity, and the establishment of a culture of human rights, represented by the freedom of expression which is guaranteed for all in accordance with the provisions of the law.

At the international law level, Article 19 of the International Covenant on Civil and Political Rights guarantees that “Everyone shall have the right to hold opinions without interference,” and “Everyone shall have the right to freedom of expression; this right shall include freedom to seek, receive and impart information and ideas of all kinds, regardless of frontiers, either orally, in writing or in print, in the form of art, or through any other media of his choice”.

The Saudi authorities should cancel the sentence handed to Al-Zamil and other activists, religious figures, and businessmen; immediately release all prisoners of conscience; and compensate them for the arbitrary detention, persecution, and ill-treatment.

The United Nations Special Rapporteur on the promotion and protection of the right to freedom of opinion and expression should make a stance to stop the unjust sentences against prisoners of conscience in the kingdom', and work to lift the restrictions that hinder the exercise of this basic right.

Since September 2017, the Kingdom of Saudi Arabia has been witnessing an unprecedented crackdown over freedom of opinion and expression, targeting dozens of activists and figures opposing government policies. The campaign expanded to include academics, jurists, businessmen, religious scholars and public figures, by unlawful arrests and arbitrary sentences over vague charges relating to plotting conspiracies against the state, communication with hostile foreign entities, and incitement to violence and terrorism.