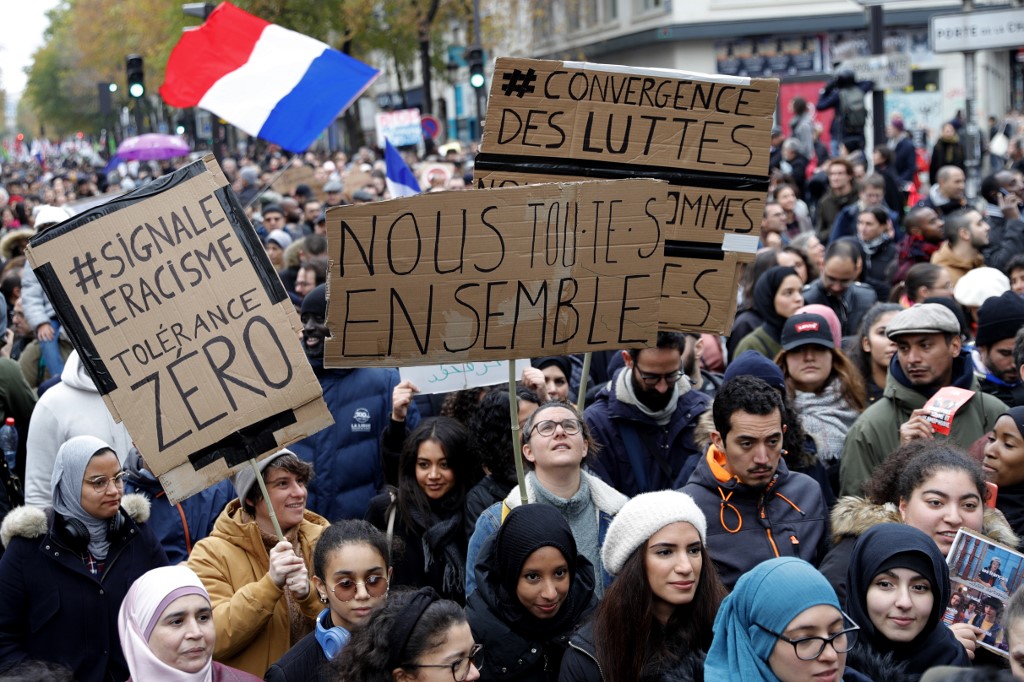 We are deeply alarmed by the French Government’s growing hostile rhetoric towards Islam, which can only exacerbate tensions that the government claims to be concerned by, Euro-Med Human Rights Monitor said in a statement today. Such rhetoric essentially contributes to dangerously rendering Muslim communities in France an easy target for the French right and ultranationalist groups to demonize, discriminate against and blame for internal problems. France must comply with International and European laws that stipulate respect for all religions and the sanctity of religious symbols, especially towards the Islamic religion at a time where it’s been heavily targeted by populist and far right groups.

Earlier this month, French President, Emanuel Macron, made some highly controversial remarks about Muslim communities in France and Islam in general. “Islam is a religion that is in crisis all over the world today, we are not just seeing this in our country,” he said, vowing to crackdown on “Islamist radicalism” and “Islamic separatism”.

By vowing to crackdown on a version of Islam that he deems unfavorable and pledging to work on producing another version that he deems more compatible with French principles, President Marcon is substantially violating article 1 of the 1905 law. This French law stipulate the separation of the state and religious institutions, but the essence of President Macron’s rhetoric is calling for the state to interfere into the affairs of the Islamic religion and impose its vision and principles on it.

Few weeks before this controversial statement, President Macron had defended the mocking of Islamic religious symbols such as the Prophet Muhammad as a matter of free speech. President Macron further noted that people who seek French citizenship should accept France’s “right to commit blasphemy,” adding that “to be French is to defend the right to make people laugh, to criticize, to mock, to caricature.”

However, the responsibility to protect persecuted, desperate, and heavily targeted minorities should come before the right to mock.

“There’s no satire in mocking or condoning the mocking of vulnerable people, their identity and beliefs. It’s rather sadistic,” note Dr. Ramy Abdu, Euro-Med Monitor Chairman, “to defend ridiculing, mocking or demonizing the religious symbols or beliefs of a heavily targeted Muslim community – that includes large numbers of traumatized war and conflict survivors – is to encourage such actions and contribute to the incitement against this vulnerable group.”

Macron’s insensitive comments and generalizations only give fuel to Islamophobic rhetoric and lend credence to their hateful platforms, especially at a time where Muslim communities in France have been a target to political bashing.

For instance, in 2018, the Mayor of the Southern French city of Beaucaire outlawed alternatives to pork in school cafeterias, insisting that religious exceptions to the menu violate France's vaunted Republican principles. This came a year after a French court, Chalon-sur-Saône in Burgundy, has ruled that schools should provide an alternative to pork school lunches in the interest of Muslim and Jewish children who do not eat the meat.

In the wake of the horrendous and widely condemned beheading of French schoolteacher, Samuel Paty, in Mid-October by an 18-year-old Chechen extremist, two Jordanian Muslim tourists were violently assaulted in the city of Angers in western France.

We emphasize that France should comply with the right to freedom of thought, conscience and religion in accordance with article 5 of the International Convention on the Elimination of All Forms of Racial Discrimination; article 18 of the Universal Declaration of Human Rights; and article 9 of the European Convention on Human Rights.

The French government should show respect and solidarity towards the Muslim Community at a time where they are often singled out for harassment and targeting, instead on jumping on board with targeting Islam for political gains and electoral expediency.