Iraq: Helpless government and continued suppression of the right to protest 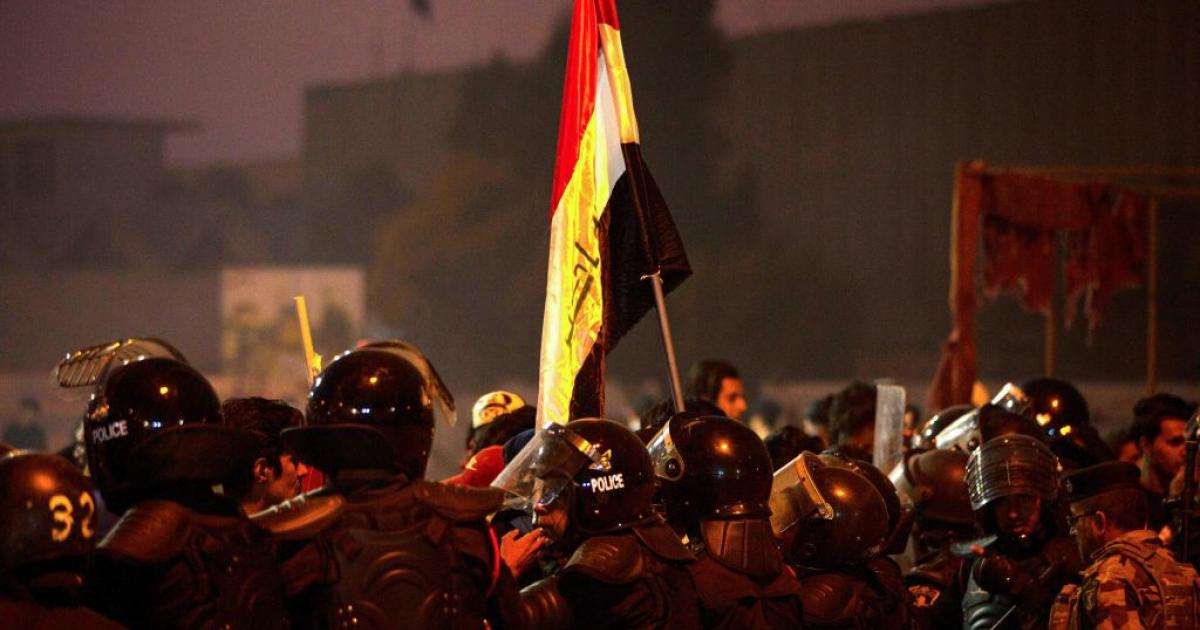 Geneva – Security forces and armed militias dispersed peaceful sit-ins in Iraqi cities and killed and injured dozens of demonstrators, the Euro-Mediterranean Human Rights Monitor said on Tuesday, denouncing the Iraqi government inaction to protect the demonstrators and stop using excessive force against them.

On Saturday October 30, the Iraqi security forces and armed militias dispersed the main sit-in in Tahrir Square in Baghdad, took down the demonstrators' tents, and arrested about 50 of them.

After the security forces and armed militias suppressed demonstrations on October 25 and 27, they dispersed sit-ins in several Iraqi cities, resulting in the killing of four demonstrators and injuring dozens.

In his testimony to Euro-Med Monitor, political activist Ammar Al-Nuaimi stated that "While being at the Tahrir Square, we were shocked to see gunmen affiliated with Saraya Al Salam wich belongs to the Sadrist Movement asking the demonstrators to evacuate the square. To avoid trouble, we evacuated the Square.  We went to Allawi neighbourhood where demonstrations of unemployed youths, demanding job opportunities, were taking place. On our way, we went through four checkpoints. We arrived in conjunction with publishing a tweet by the head of Sadrist Movement, demanding the security forces “to establish peace and deter villains who destabilize security.” Moments later, security forces brutally attacked demonstrators and randomly started to shoot live bullets at them, resulting in serious injuries among demonstrators".

"Hit-and-run operations between the demonstrators and security forces continued until October 27 and resulted in the killing of four protestors. Two of them were killed at the Republic Bridge and the other two were killed in the area between the Sinak Bridge and the Tahrir Square. On October 26, paramedic medic Reda Hussein Al-Khafaji, one of the four victims, was shot dead.

"When going back to the Tahrir Square, we were threatened to leave the place. On Saturday October 30, security forces along with Saraya Al Salam gunmen, known as the Blue Hats took down the tents of the demonstrators, robbed everything inside, and beat whoever refused to leave".

Dispersing the sit-ins were not only in Baghdad only. According to eyewitnesses in the city of Basra, on Sunday November 1, security forces including Fawj Al Twar’e, stormed the demonstration square, known as the Falaket Al Bahria, burned most of the tents, chased the demonstrators until the dawn of the next day, and randomly arrested tens of them.

Euro-Med Monitor obtained several videos documenting violations committed in Basra and Baghdad against the protesters such as taking down the tents and burning them down, perusing protesters, using live bullets, and the killing of paramedic Reda Hussein Al-Khafaji.

The Iraqi forces have not improved its behavior in dealing with the popular protests since October 2019. They still resort to excessive violence to break these protests and terminate the popular movement without any regard to the gross violations that accompany breaking the protests.

"It seems that the promises of the Iraqi Prime Minister Mustafa Al-Kazemi, to stop suppressing the protests and protect the protesters, remains ink on paper; as the suppression has not stopped but rather escalated as the protests renewed," said Anas Aljerjawi, Euro-Med Monitor's MENA Regional Manager.

"It hasn't been so long since Al Farhatiyah crime has taken place, which have clearly shown the infringement of the armed militias on the lives of civilians. These militias, contrary to their statements, infringed on the lives of civilians. However, this time this took place with a full cooperation by the security forces. It is a dire realty that reflects the lack of discipline in the security system of the Iraqi government".

The Iraqi authorities must immediately stop prosecuting peaceful demonstrators and breaking off their sit-ins, which contradicts their right to freedom of expression that was guaranteed in national laws and relevant international agreements. The International Convenient on Civil and Political Rights stipulates in Article 19: "1. Everyone shall have the right to hold opinions without interference. 2. Everyone shall have the right to freedom of expression". Similarly, Article 11 of the Iraqi Freedom of Expression of Opinion and Peaceful Demonstration Law states that the security forces are responsible for providing protection for gatherings or demonstrators if organized in accordance with the provisions of this law, and that it is not permitted to use force to disperse the gathering or demonstrators, unless this leads to insecurity or damage to persons, property, or money.

The Iraqi government must play its role in protecting civilian demonstrators and stop all forms of violations committed by the security forces and militias affiliated with some political parties, including killings, suppression, arrests, kidnappings, and threats. The government should open an immediate and impartial investigation to ensure accountability for everyone who ordered the dispersal of the sit-ins or attacked or fired live ammunition at peaceful demonstrators in accordance with the provisions of the Iraqi law and relevant international law norms.