Iraq: Closing camps and repatriating the displaced will put their lives at risk 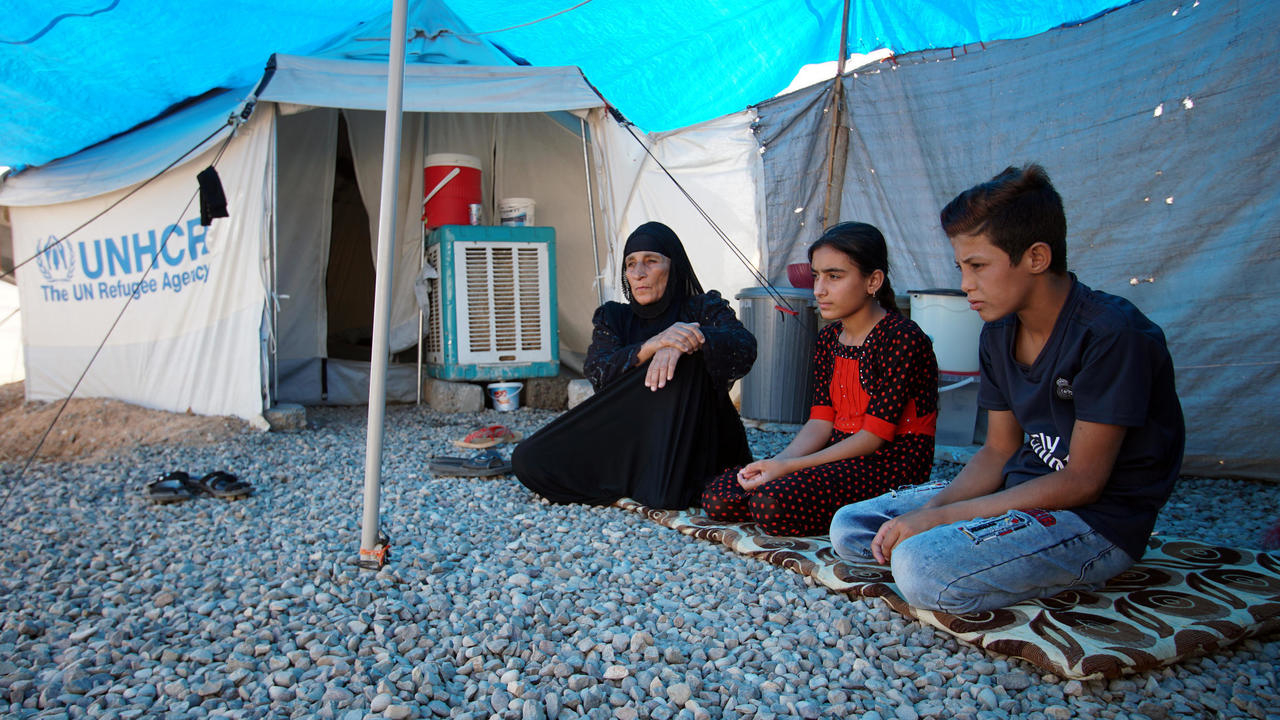 Geneva – Ministry of Migration and Displaced in Iraq announced a decision to close camps allocated for displaced persons at the beginning of 2021 except for Iraqi Kurdistan and to repatriate the displaced persons to their unsafe countries, the Euro-Mediterranean Human Rights Monitor expressed its deep concern.

In a press release on Wednesday, Euro-Med Monitor stated that the decision announced on November 8 stipulates that while camps in Kirkuk and Saladin Governorates, Al Anbar, and Amiriyat Fallujah camps will be closed by the end of this month, the rest of the camps will be closed at the beginning of 2021. In other words, about a million and a half displaced persons will be repatriated.

This decision may leave hundreds of thousands of displaced persons homeless as their houses were destroyed in previous conflicts with ISIS. This comes amid the absence of a definite plan to rebuild the devastated areas. These areas lack the basic necessities of life such as water and electricity and do not meet standards of a decent life.

According to testimonies to Euro-Med Monitor, many of the displaced persons do not want to return home as there are no guarantees to protect them from armed militias’ attacks. This is following the slaughter in Al Farhatah and violations committed against civilians in Tarmiyah last summer.

In a testimony to Euro-Med Monitor, one of the returning displaced persons, who preferred to keep his name secret, stated that “if I had known that the situation would be like this, I would not have returned. We lack the basic necessities of normal life and are subjected to extortion and pressure from the armed militias, forcing us to return to the camp. We are terrified especially after the slaughter that took place in Al Farhatah.”

Returning displaced persons to their homes requires the provision of basic necessities of life along with a definite plan to rebuild the devastated areas. Protection should be provided, and social reintegration programs should be implemented to ensure that they return to a normal life.

In an interview with relief activist in Nineveh Governorate, Ibrahim Khaled—a pseudonym— he stated that “through our contact with displaced persons in various camps in Mosul, they ask the government to hold off the recent decision as the reconstruction process has not been completed yet. Also, the homes and properties of a large number of displaced persons is still destroyed due to the financial crisis they are going through. Therefore, implementing the decision will leave displaced people homeless".

It is worth mentioning that due to wars and conflicts since 2014, the total number of displaced persons has reached more than 4,500,000 from various cities in Iraq.

Euro-Med Monitor’s legal researcher, Omar Alajlouni, stated that “closing the camps without providing a safe alternative for the displaced persons and forcing them to return is considered a serious violation against Article 51 in Protocol 1 Additional to the Geneva Conventions, which stipulates that “the civilian population and individual civilians shall enjoy general protection against dangers arising from military operations. To give effect to this protection, the following rules, which are additional to other applicable rules of international law, shall be observed in all circumstances.” Article 15 in the Iraqi Constitution guarantees citizens’ right to freedom and safety stipulates that “every individual has the right to enjoy life, security and liberty. Deprivation or restriction of these rights is prohibited except in accordance with the law and based on a decision issued by a competent judicial authority.” The Constitution also guarantees the right to get basic necessities of life and housing as Article 30 stipulates that “The State shall guarantee to the individual and the family – especially children and women – social and health security, the basic requirements for living a free and decent life, and shall secure for them suitable income and appropriate housing.”

Euro-Med Monitor called on the Iraqi government to cancel its arbitrary decision, to adopt a definite plan to close the camps, to share with the displaced persons the necessary information on the reconstruction processes, and to give them enough time to take appropriate measures to return.