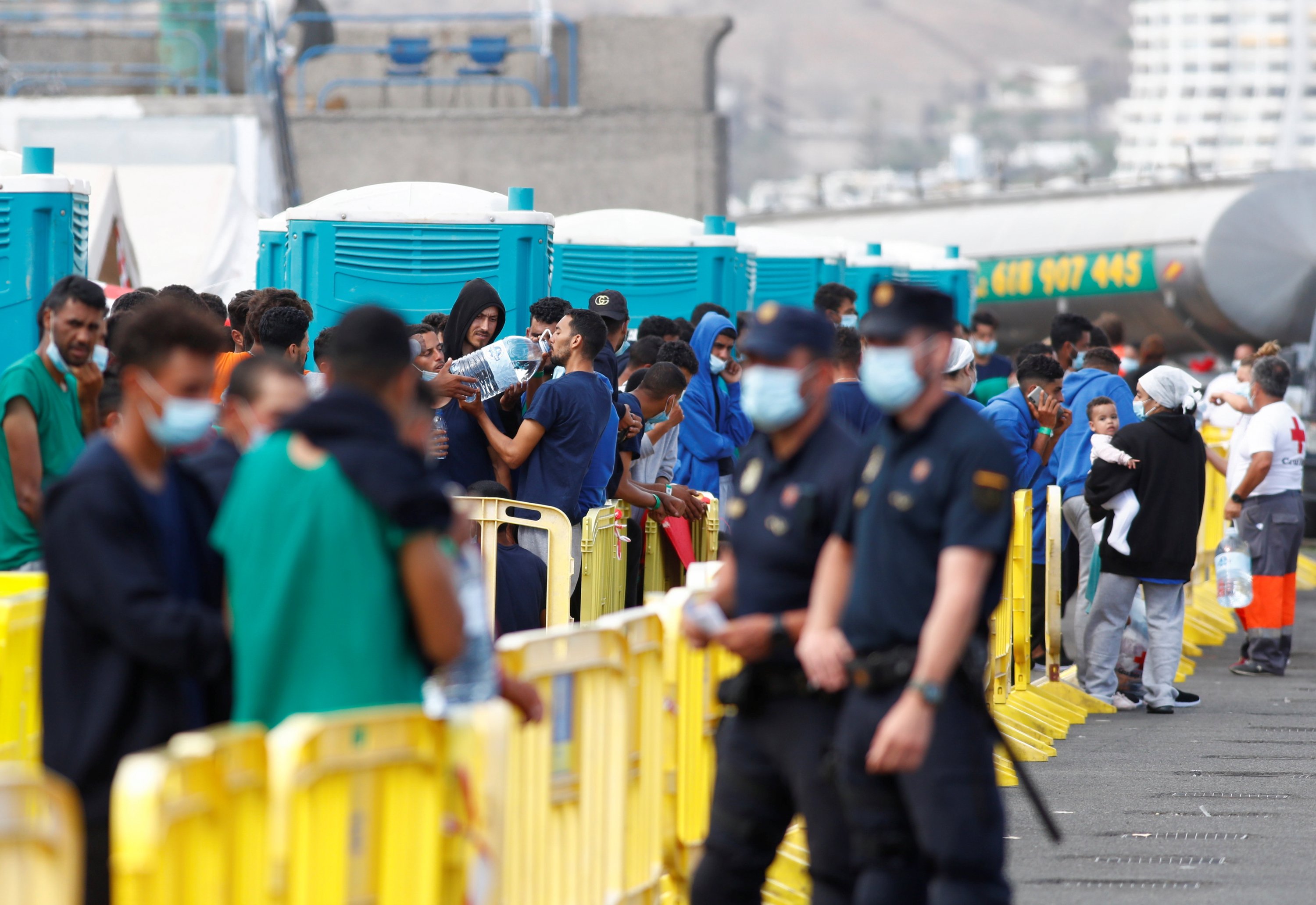 The situation in the Canary Islands is becoming increasingly alarming, as this year alone, more than 17,000 migrants have arrived and over 500 have died in the attempt, the Euro-Mediterranean Human Rights Monitor said in a statement today, the EU must urgently intervene to improve the “subhuman conditions” in which 2,300 asylum seekers are currently forced to endure.

The number of people attempting to reach the Canary Islands has significantly increased during 2020. More than 17,000 people have arrived on the islands this year, ten times the number reached in 2019. Together with arrivals, the number of missing persons and deaths in the Atlantic route is increasing. The IOM’s Missing Migrants Project has recorded over 500 deaths, mainly during October and November, compared to 210 last year.

Most of the displaced people who survive the Atlantic route are transferred to the pier in the Gran Canaria island, in an emergency camp set up for medical and police procedures. Even though the Arguineguín port was designed to accommodate about 400 individuals, currently some 2,300 migrants are held there, in what officials called "subhuman conditions". Migrants have been sleeping in tents with no floor, beds or mattresses, detained on the pier for weeks, way longer than the 72 hours permitted under Spanish law. Even Spain’s Defense Minister Margarita Robles recently admitted that the conditions at the pier are “not the most suitable for human beings”.

On Friday, Spain’s Migration Minister, José Luis Escrivá, promised to set up more emergency camps within weeks to host up to 7,000 migrants and "more stable" arrangement for processing new arrivals. Yet Spain is also attempting at limiting the migration flows to the islands in different ways. Authorities have processed deportations without offering legal assistance to the migrants nor clear information in a language they could understand. Minister Escrivá warned that only a small proportion of the arrivals this year would qualify for asylum, and the Spanish government is conducting negotiations with Morocco and Senegal to reduce the arrivals.

“The Atlantic route is becoming one of the most dangerous and yet most attempted routes in the world” said Michela Pugliese, legal researcher at Euro-Med Monitor, “As arrivals and tragic deaths are on the rise at the Canary Islands, Spain’s and the EU’s solution needs to go beyond merely providing migrants with temporary tents, to providing them with a safe, dignifying and sustainable refuge.”

Euro-Med Monitor calls on Spain to urgently ameliorate the overcrowded and unsanitary conditions at the Arguineguín port, to increase the number of reception places in alternative to the pier, to quickly transfer a significant number of asylum seekers to the Spanish mainland, and to ensure that migrants have always access to a fair asylum procedure.

Euro-Med Monitor calls on EU member states to immediately provide concrete support to the Canary Islands, in accordance with the 1951 Refugee Convention that acknowledges that “the grant of asylum cannot be achieved without international cooperation”, and to set up search and rescue operations at sea to prevent further shipwrecks in the Atlantic route.