The EU and Human Rights Protection in the Israeli-Palestinian Conflict 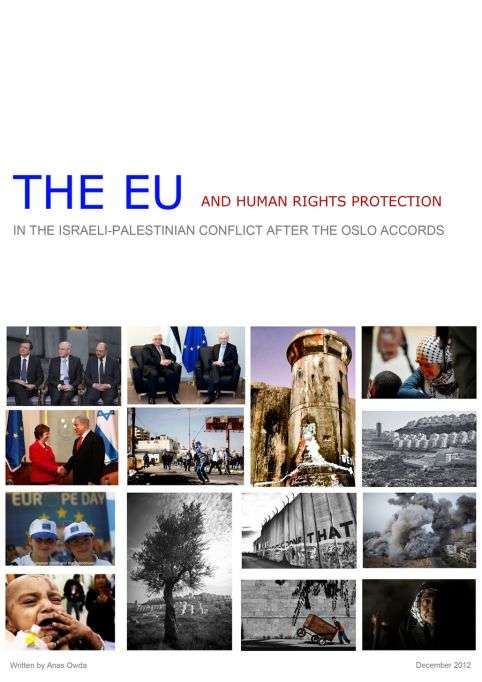 Summary: The EU has been inspired and mobilized by implications of both Eurocentric and Europeanization theories for Human Rights promotion and protection in relation with the Middle East region, and therefore after developing institutionalized and technocratic mechanisms for upholding EU’s common foreign policy worldwide, the Union initiated declaratory diplomacy towards the Israeli-Palestinian conflict aimed at achieving two-state solution, then it became the largest donor in the OPTs holding the responsibility for humanitarian assistance, democracy promotion and Palestinian state-building.

In the meanwhile as it strived to shift its role from payer to player in mid 1990s onwards, the EU embarked in building regional policies along with strengthening transatlantic coordination and condensing diplomatic activities, for accelerating the peace process, but because it preferred accommodating Israel over imposing sanctions and raising the cost of occupation, lest entering in diplomatic confrontation and harming the contractual relations with the most developed Mediterranean country in Barcelona process, as well as inclining to pro-Fatah PA for building stability and prosperity without rigorously improving the democratization process in the OPTs, the humanitarian crisis remained exacerbating and the occupation regime solidified in terms of settlement activity, expropriation of land, the apartheid system, and the illegal Gaza blockade, until the overall situation pushed the vulnerable Palestinian people to frustrating living conditions within deadlocked peace process that holds a political stalemate so far, causing the two-state solution to become no longer a viable option very soon.

In this vein, the EU current stance denotes double-standard policy in the region with no real effectiveness on the ground to end the occupation and achieve durable solution with just and lasting peace.

About the Author: Anas Awda is an an independent researcher from Palestine. He obtained his masters of European Union Relations in 2012 from Near East University in Cyprus and has a bachelor degree in Journalism and Political Science from Birzeit University in Palestine.

Note: The views expressed in this study are the author's own and do not necessarily reflect those of Euro-Mid