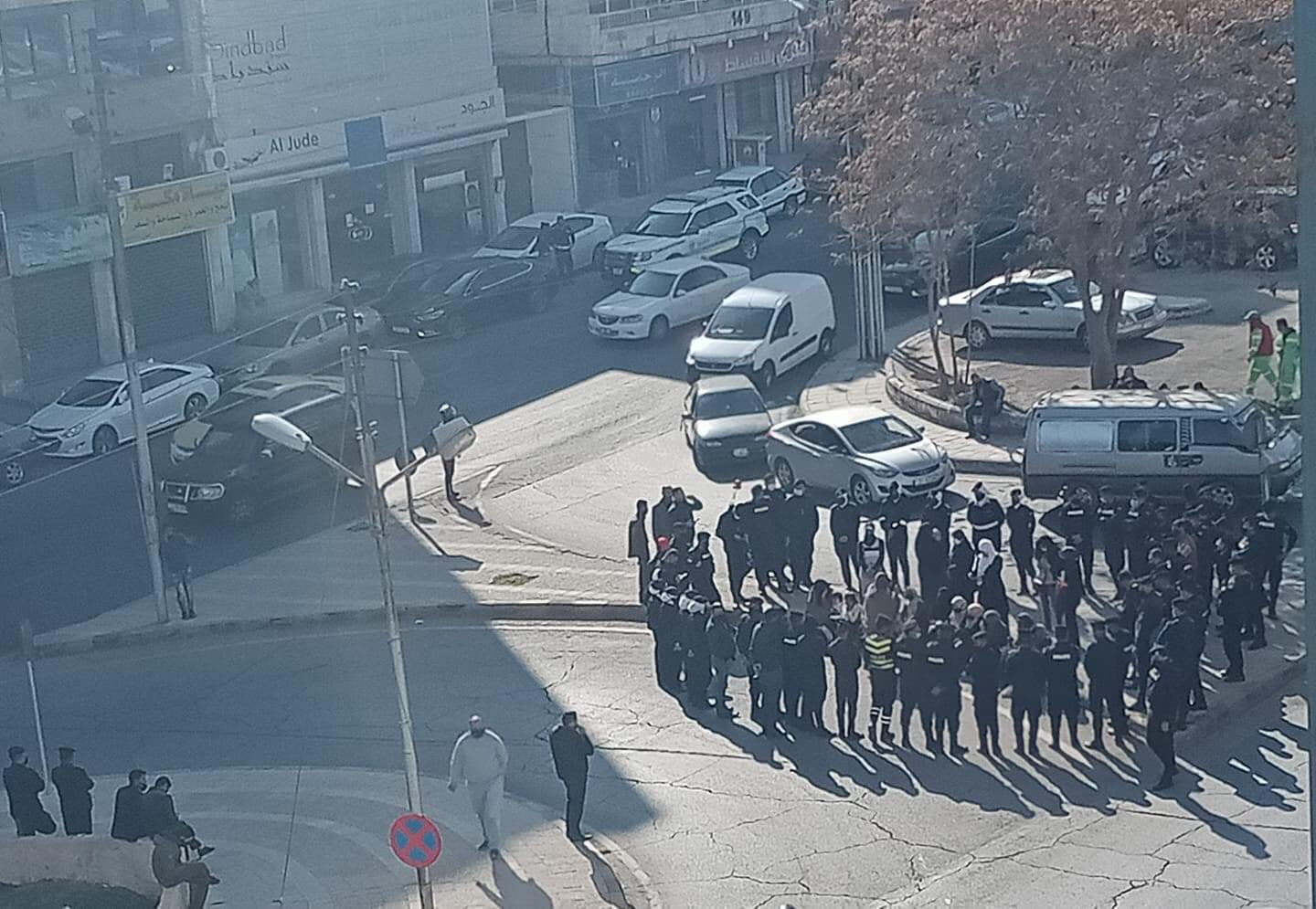 The Jordanian security services have  dispraised a joint sit-in by teachers and politicians that took place in front of the parliament headquarters in the capital, Amman. Our field team confirmed that the security forces arrested many of the participants, including the Deputy Head of the Teachers’ Syndicate, Nasser Al-Nawasrah, and the Deputy Secretary-General of the Partnership and Rescue Party, Salem Al-Falahat, before releasing them later.

last Sunday, January 3, Euro-Med’s field team said the Jordanian security prevented teachers from gathering to protest against a decision to forcibly make them retire or suspend them. This reflects a systematic policy of targeting the teachers’ movement and putting down any peaceful protest in a way that violates the Kingdom's domestic and international obligations.

Teachers should have the right to peaceful assembly and protest against the government’s decision to force them to retirement or suspension for participating in previous union activities. The Jordanian government should stop restricting rights and freedoms, most importantly, the right to peaceful assembly and expression, and enable all citizens to express their views without restrictions or harassment.

Euro-Med Monitor renews its condemnation of the Jordanian government’s arbitrary measures against the Teachers’ Union for defending the rights of teachers.

The Jordanian government had shut down the union, arrested its board members (and released them later), forced a number of them to retire or face suspension, and formed a government committee to manage the Union’s affairs.

The Jordanian government should stop taking punitive measures against teachers and union activists and stop using the law arbitrarily to prosecute and restrict union work. The authorities should respect local and international laws that guarantee to all individuals and entities the right to freedom of opinion, expression, and peaceful assembly.