Socially distant, yet close to victims..Euro-Med Monitor’s activities in 2020 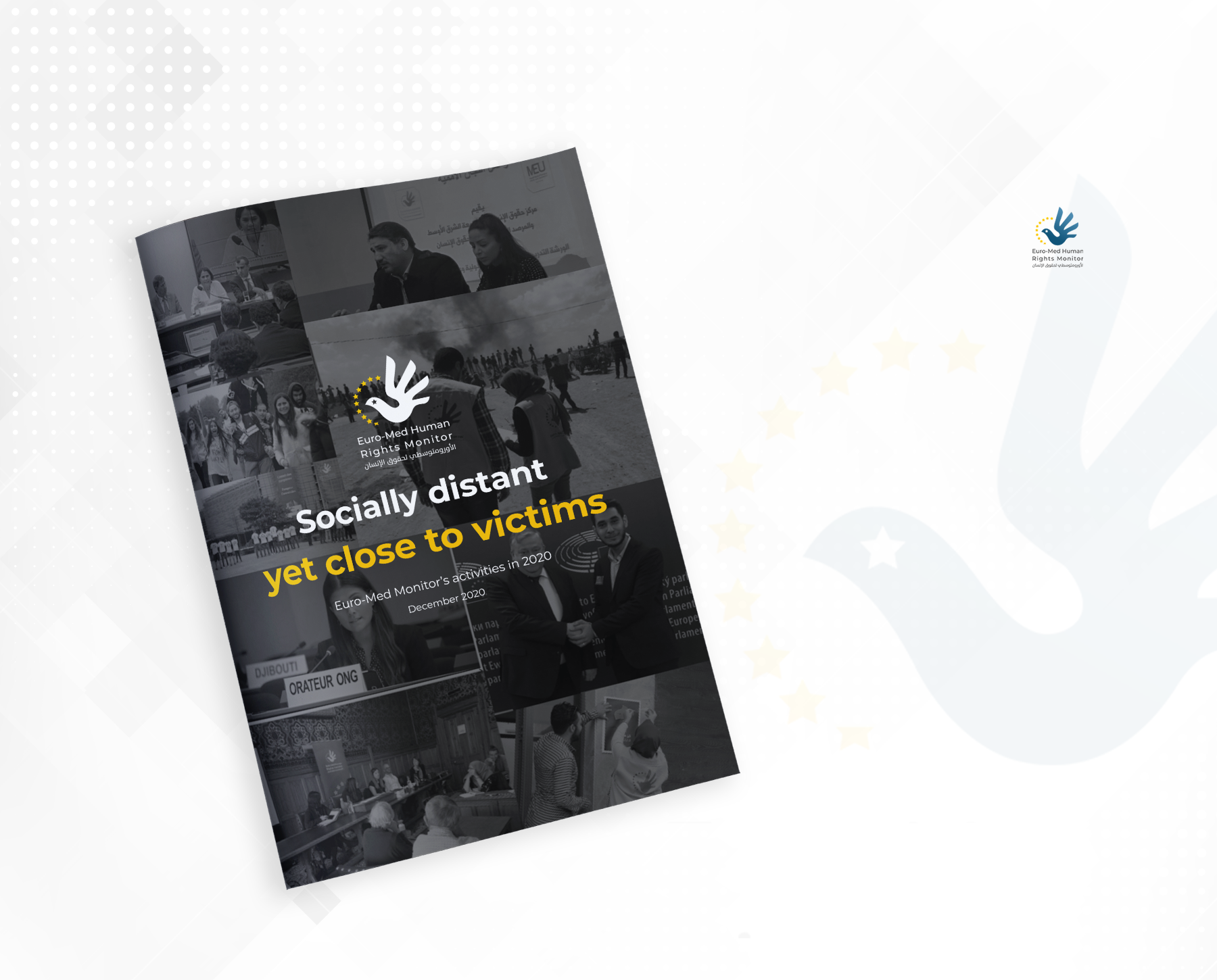 The Euro-Mediterranean Human Rights Monitor is a youth-led independent, nonprofit organization that advocates for the human rights of all persons across Europe and the MENA region, particularly those who live under occupation, in the throes of war or political unrest and/ or have been displaced due to persecution or armed conflict.

Euro-Med Monitor was established in November 2011 and is registered in Switzerland, where it maintains its official headquarters. The idea of Euro-Med Monitor is inspired by the people’s will to rebel against tyranny and oppression that swept through the Arab region in 2011 and continues to percolate everywhere.

Currently, in addition to our administrative/policy office in Geneva (home of many human rights-related UN bodies), Euro-Med Monitor has fully staffed field offices in the Palestinian Occupied Territories and Libya, in addition to representatives and collaborations with organizations serving the remaining MENA countries and Europe.

Euro-Med is managed by a senior staff dispersed among these countries and guided by a Board of Trustees chaired by Professor Richard Falk.

Our mission must not only be to observe and document violations of human rights, but also to inform public opinion and “plant the seeds” for international mobilization by advocacy organizations, governmental bodies, watchdog groups and grassroots activists.