“I wished to die”: New report documenting the suffering of prisoners in Houthi prisons 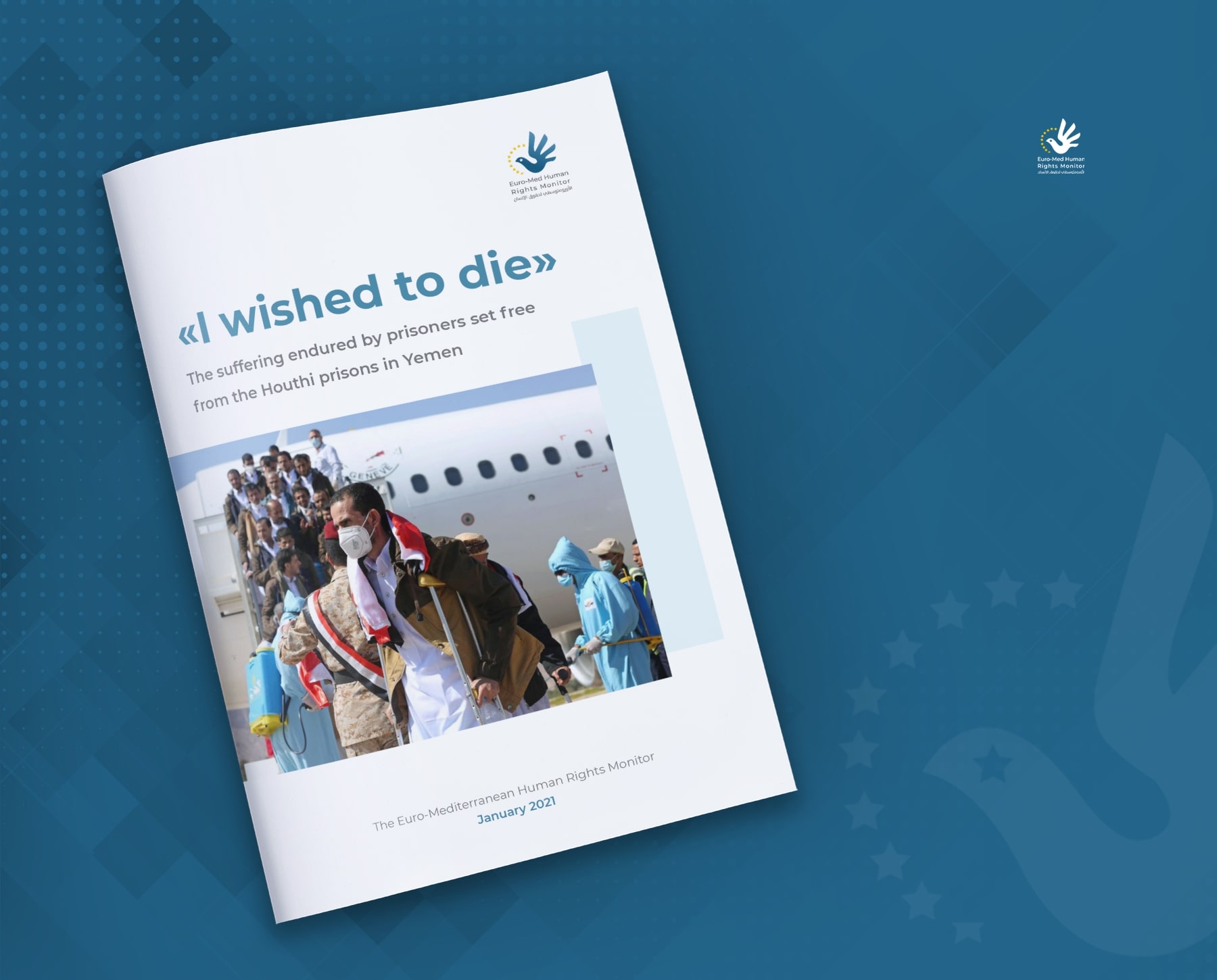 On October 15, 2020, Yemen witnessed the largest prisoner-swap deal since the start of the six-year-long war in the country. The deal, sponsored by The International Committee of the Red Cross (ICRC) and the United Nations (UN), includes releasing 1,061 prisoners, 670 of them are Houthis while 391 are from the Yemeni forces. In addition, there swap deal included 15 prisoners from the Saudi army and four prisoners from the Sudanese army. The prisoner-swap deal is an important step in implementing the UN-sponsored Stockholm Agreement, reached in the Swedish capital between the Yemeni government and the Houthis on December 13, 2018. The agreement aims to resolve the situation in Al Hudaydah Governorate, reaching understandings on the humanitarian situation in Taizz Governorate, and exchanging about 15,000 prisoners between the warring parties.

The first item of the prisoner-swap deal signed by the two parties stipulates that “parties agreed to unconditionally release all prisoners, disappeared persons, arbitrarily detained, enforced disappeared, and those under house arrest to completely resolve the issue.” According to Euro-Med Monitor’s follow-up, the prisoners released by the Houthis clearly appeared to have been subjected to various forms of torture as some of them came out on wheelchairs, while others were using crutches. This indicates the Houthis committed serious violations against prisoners inside prisons. This report highlights the serious violations the Houthis committed in prisons, showcases the prisoners’ testimonies, addresses the general conditions of the Houthi prisons and the practices the group commits against prisoners, and highlights the legal aspect of such violations in line with relevant international laws and conventions.