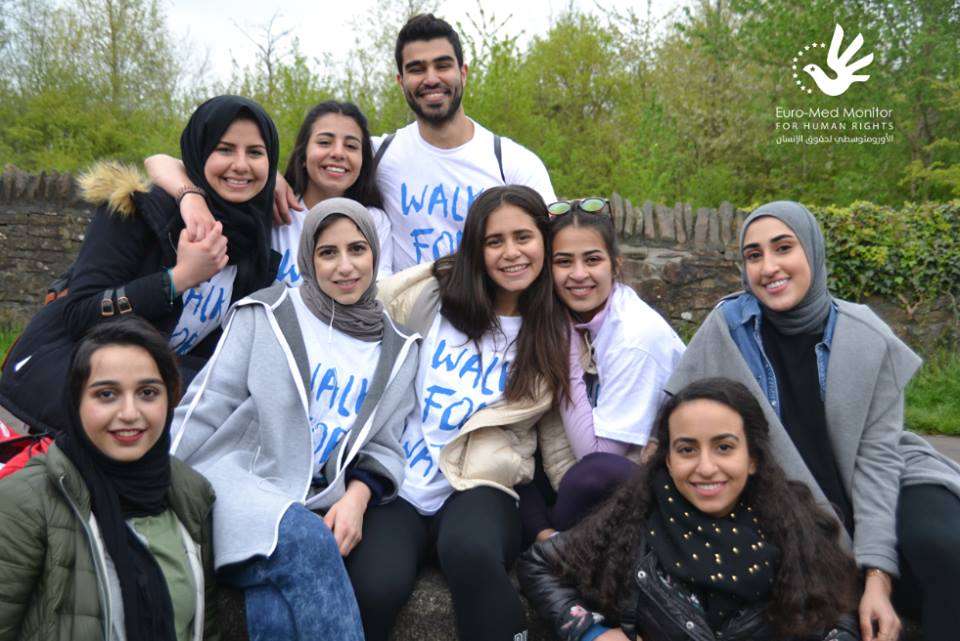 The EU Parliament’s Committee on Civil Liberties, Justice and Home Affairs (LIBE) decided to set up a Working Group, to look into allegations around Frontex’s role in the illegal pushbacks of sea migrants and asylum seekers.

Euro-Med Monitor had released an extensive report entitled “Frontex: Accountability Declined” in mid-January highlighting an excessive and alarming pattern of autonomy of Frontex, as its budget, role and staff are augmented by the EU without clear legal boundaries.

The report analyzed ten incidents where Frontex has contributed to, covered up, thwarted the reporting of, or neglected serious illegal pushbacks of asylum seekers and migrants at sea by Greece’s coastguards. Euro-Med Monitor had also called on the EU to take effective steps to hold Frontex and Greece to account for their violations against asylum seekers, establish a monitoring mechanism to monitor violations at the external borders of the EU, and impose strict control on the practices of Frontex to ensure that its activities respect international human rights principles and refugee law, as well as Law of the Sea.

The EU spokesman in Jerusalem confirmed on January 26 that the EU pay great attention to the Palestinian judiciary and is following up on recent amendments to the Judicial Authority Law and will study them along with everything related to the rule of law and the independence of the judiciary in Palestine.

Euro-Med Monitor had called on the EU and its member states on January 22 to review cooperation and partnership agreements with the Palestinian Authority, especially the judiciary, after the executive authority demonstrated a violation of the principle of separation of the three powers and ensuring the neutrality of their work. Euro-Med Monitor called the EU to exert all forms of pressure on the PA to backtrack on its recent decisions, and to instruct the Executive Authority to stop its illegal interference in the work of the judiciary.

On January 3, the EU announced its intention to grant additional funding to support vulnerable migrants and refugees in Bosnia and Herzegovina, and urged the Bosnian government to rebuild the camp, which burned down in December 2020 causing the displacement of some 900 migrants and asylum seekers. The EU's foreign policy chief, Josep Borrell, said that Brussels is ready to add another 3.5 million euros to its humanitarian support for Bosnia.

On December 28, Euro-Med Monitor had addressed the United Nations High Commissioner for Refugees and EU member states to provide immediate support to refugees affected by the fire and urge the government in Bosnia to take urgent measures to open additional shelter sites for migrants and asylum seekers to ensure that they do not remain without shelter, especially during the winter season and heavy snowfall. Euro-Med Monitor contacted EU member states and relevant UN organizations at the beginning of December 2020 to support refugees in Bosnia in light of the harsh conditions experienced by thousands of asylum seekers and migrants in northwestern Bosnia and Herzegovina after the first snowfall covered their fragile tents.

On January 27, the UN Human Rights Committee issued a report holding Italy responsible for failing to protect the right to life for more than 200 asylum seekers, including 60 children who drowned when their boat crashed off the Italian coast in October 2013, concluding that Italy failed to respond quickly to distress calls. The boat was carrying more than 400 asylum seekers, including women and children.

Euro-Med Monitor had revealed in a report it published on the same case in October 2013 that the Italian authorities had failed to rescue Palestinian and Syrian asylum seekers whose boat had crashed near the Italian coasts. The authorities failed to even recover dead bodies to bury them in a decent manner and conduct an investigation into the incident.

Euro-Med Monitor addressed the relevant UN organizations and the Italian authorities to conduct an investigation into the drowning incident and hold the parties responsible for its accountability.

In the wake of the accident, Euro-Med Monitor organized a seminar in the European Parliament in November 2013. It presented an investigative reporting about the incident. The seminar concluded that one of the most important causes of the accident was the time lost in exchanging information, coordination and communication between the Italian and Maltese authorities despite the issuance of serious distress signals from the sinking boat asking for help.

In 2014, Euro-Med Monitor cooperated with the Dutch investigation program Zembla on a fact-finding film and collected testimonies about the incident. The film team discussed the report with several European Parliament members in Strasbourg.

-On 25 January, the Court of Rome issued a ruling deeming the pushbacks of asylum seekers and migrants on the Italian-Slovenian border illegal urging the EU Commission to step in to put an end to Italy’s informal readmissions and illegal push backs in the Balkan Route.

During a lobbying and advocacy campaign that spanned over years, Euro-Med Monitor highlighted the dangers surrounding migrants and asylum seekers experiencing forcible return at the Italian-Slovenian border. Euro-Med Monitor had addressed the relevant Italian authorities to implement comprehensive and courageous reforms to the asylum and immigration system, and not only partial reforms that would only lead to limited improvement to the difficult reality migrants and asylum seekers experience.

On January 17, the Saudi Arabian authorities reduced the sentence of the Saudi-American doctor, Walid Fitaihi, from six years to a half-term suspended sentence, which means his release.

On December 9, 2020, Euro-Med Monitor had addressed the Saudi Arabian authorities to abolish the arbitrary ruling against Fitaihi and release him and all prisoners of conscience and stop using and politicizing the judiciary to punish activists, dissidents and human rights defenders.