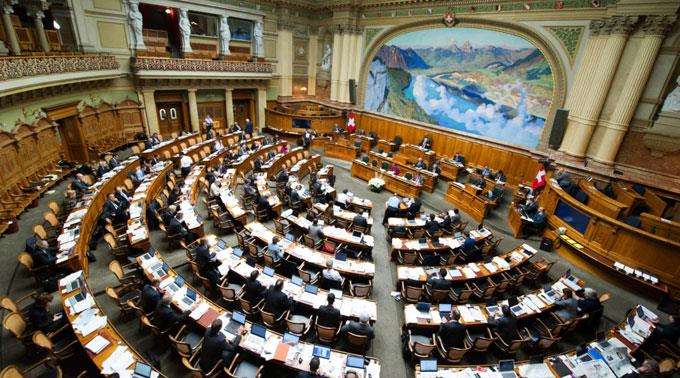 Six members of the National Council of Switzerland have signed a petition launched by the Geneva-based Euro-Med Monitor calling on the Government of the United Arab Emirates (UAE) to abide by its own demostic and international obligations and review and reconsider Law No. 7, which allows the authorities to hold detainees for extended periods of time after their official release.

”As of now, 13 UAE nationals are held in counseling centers that are used to indefinitely detain prisoners beyond their sentences. This practically allows the UAE government to detain its nationals indefinitely. This law has been used against human rights defenders in the country, in an attempt to muffle their voices that call for reforms and political change,” the petition signed by the six members noted.

The petition called on the UAE to reconsider Law No. 7, which allows holding detainees for extended periods of time ; and allow people to be able to have more freedoms, especailly freedom of opinion and expression, urging the authorities to release all nationals held after the end of their sentance and end its policy of detaining those who call for reforms.

Stéfanie Prezioso, Member of the Swiss National Council sent a special statement to the Euro-Med Monitor on the issue saying:

I would like to bring my full support to all human right defenders in the UAE and all political prisoners facing repression and imprisonment. This is without forgetting as well my full solidarity with labor migrants in the UAE, who are denied any political, social and civil rights. Migrant workers remained tied to employers to the system of kafala (sponsorship), making them vulnerable to labour abuses and exploitation. It's a near modern system of slavery.

The UAE authorities, particularly the State Security Agency (SSA), have committed continuous violations of Human Rights ainst, including arbitrary arrests, tortur and frocable disappearance. The authorities also restricted freedom of expression, imprisoning government critics and holding them in harsh conditions.The UAE also continues to co-lead the coalition in the armed conflict in Yemen, a coalition that is implicated in war crimes and other serious violations of international law.The UAE must be condemned for these multiple violations of Human rights.