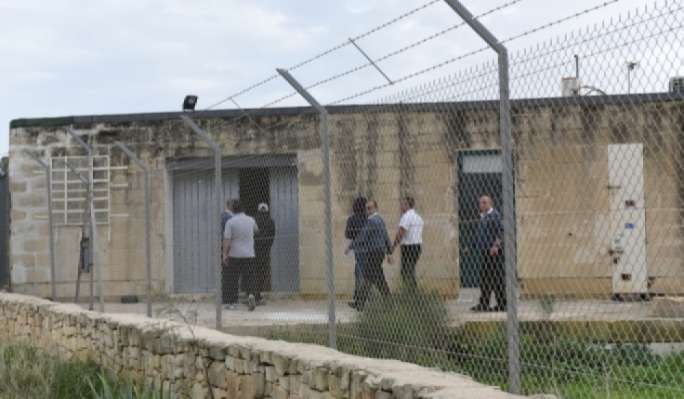 The gravely inhumane treatment of migrants and asylum seekers in Malta calls for immediate intervention from the EU Commission, Euro-Med Human Rights Monitor said in a statement today. There’s mounting evidence that large numbers of asylum seekers and migrants continue to be detained in abusive and unlawful conditions, while the Maltese government keeps denying such deplorable situation.

Migrants stuck in a limbo in Malta are languishing in unsustainable and inhumane conditions at detention centres, where overcrowding, unsanitary conditions, abusive and brutal treatment have pushed some to the edge of despair. Some have attempted suicide as a result.

Several migrants detained in Malta have reported having been "beaten, having their teeth damaged by beatings to their face and being taken to a room to be beaten up and left alone for several hours”. An official from the European Asylum Support Office (EASO) said that almost half of the interviews with migrant detainees in Malta includes reports of physical abuse and violence "intended to inflict fear and impose obedience in the detainees". Already in September 2020, one of the migrant detained in the Safi barracks stated that the conditions there were so bad that migrants were begging to be allowed to return home.Recently, there has been a high number of referrals to the Mt. Carmel psychiatric hospital due to frequent attempted suicides among detainees. A 27-year-old migrant from Morocco, detained in the Safi barracks, said: “We are in a miserable condition and lack the most basic rights to live. [Some people] suffer from serious physical and psychological diseases to the extent that [they] tried to commit suicide several times. We have abstained from eating for several days”.The Council of Europe's Committee for the Prevention of Torture conducted a rapid reaction visit in Malta in September to examine the treatment of detained migrants, but its final evaluation has not been published yet.In the meanwhile, despite the credible evidence of the unsanitary, abusive and overcrowded detention conditions migrants are subjected to, Malta’s Ministry of the Interior denies that it has received any reports of physical abuse of migrants in detention centres.

This issue is merely a part of a broader pattern of violations carried out by Malta towards asylum seekers and migrants throughout 2020. Despite the drop in the number of arrivals, Malta has employed several illegal tactics to thwart sea migrants, including hiring private ships to push them to Libya, refusing the disembarkation of rescued migrants, closing its ports to humanitarian boats, and exploiting Covid-19 as a pretext for such violations.

“Migrants’ self-harm, suicide attempts, refusal to eat and reports of physical violence clearly show that the conditions in Malta’s detention centers are far from being lawful and dignified” said Michela Pugliese, Migration Researcher at the Euro-Med Monitor, “Neither the pandemic nor the disproportionate role of frontlines EU states in receiving asylum seekers can be used as pretexts by Malta to injure migrants’ lives”.

Euro-Med Monitor calls on Malta to ensure that its detention conditions reflect the non-criminal status of the detainees and are consistent with all human rights’ standards, particularly the absolute prohibition of torture and other cruel, inhuman or degrading treatment; to use detention only as a measure of last resort for a period as short as possible, as enshrined in Article 9 of the Reception Conditions Directive (2013/33/EU); and to consider the physical and mental health of particularly vulnerable asylum seekers in detention as a primary concern, as provided for by Article 11 of the Reception Conditions Directive.

Euro-Med Monitor also call on the EU Commission to urgently intervene to ensure that Malta upholds its commitments under international and EU laws; and put an end to the cruel treatment and pushbacks of migrants.