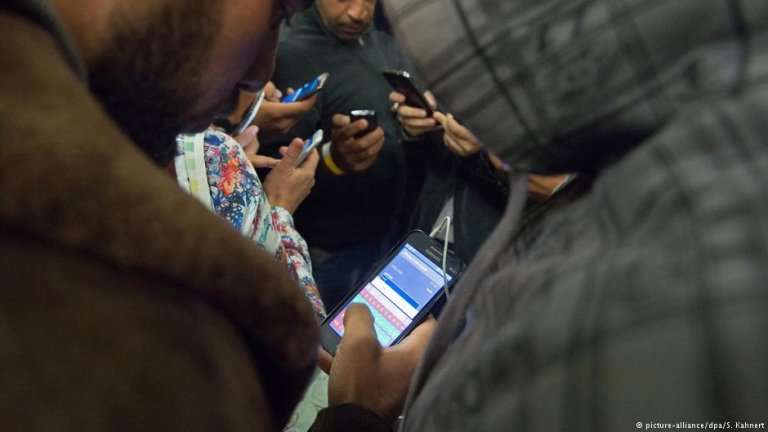 For 5 years now, German migration authorities have routinely violated the right to privacy of tens of thousands of asylum seekers and refugees by inspecting their mobile phones and subjecting them to second-class data protection, often without any concrete suspicion of false claims, without consent and without producing meaningful results, Euro-Mediterranean Human Rights Monitor said in a statement today.

Since 2017, the Federal Office for Migration and Refugees (BAMF) have carried out about 20,000 mobile phone searches of asylum seekers, but hardly any have uncovered false information, proving to be a €11 million ineffective and disproportionately invasive measure. Between 2018 and 2019, about a quarter of the evaluations reportedly failed due to technical problems and when they succeeded, the 98-99% of the searches confirmed the asylum seekers’ statements.The lack of transparency raises serious concerns as well, since BAMF has refused to disclose the software employed, consent is rarely sought, and migrants often do not know how their data is used.Under a national law passed in 2017, the evaluation of smartphones’ data is permissible to determine the identity and nationality of asylum seekers, also for children, if they are unable to produce a passport. Yet, some asylum seekers who exhibit valid documents, such as civil status certificates or valid passports from certain states, also had to hand over their devices.

Lea Beckmann, a lawyer from the German NGO GFF that reported on this issue, argued that “data protection law applies to everyone, including asylum seekers” and that evaluating mobile phones is "simply not compatible" with the law.

Three refugees so far have filed a lawsuit against the German state for accessing their personal data. One of them, Mohammed A., who was already recognized as a refugee, recalled that BAMF employees reviewed his case without giving a specific reason and required his phone without explaining anything. “I was scared of being deported so I gave him the cell phone. It was like handing him my whole life" Mohammed stated.

“For people on the move, mobiles phones are being turned from an indispensable tool connecting them with family and home into a disproportionate means of surveillance and invasion of privacy” said Michela Pugliese, Legal Researcher at Euro-Med Monitor, “The lack of refusal mechanisms, transparency and meaningful access to legal remedies together with the generalized mistrust towards asylum seekers and the unnecessary intrusion on their most sensitive data are incredibly counterproductive to assess fairly an asylum application”.

Euro-Med Monitor calls on Germany to halt the screening of asylum seekers’ mobile phones without a voluntarily and informed consent, as prescribed for by Articles 6  and 7 of the EU General Data Protection Regulation; to employ “milder means to achieve the purpose”, as stated under German asylum law; to provide asylum seekers with the possibility to refuse and have access to legal remedies; and to fully abide by national and international law concerning the right to privacy, informational self-determination, confidentiality and information integrity.