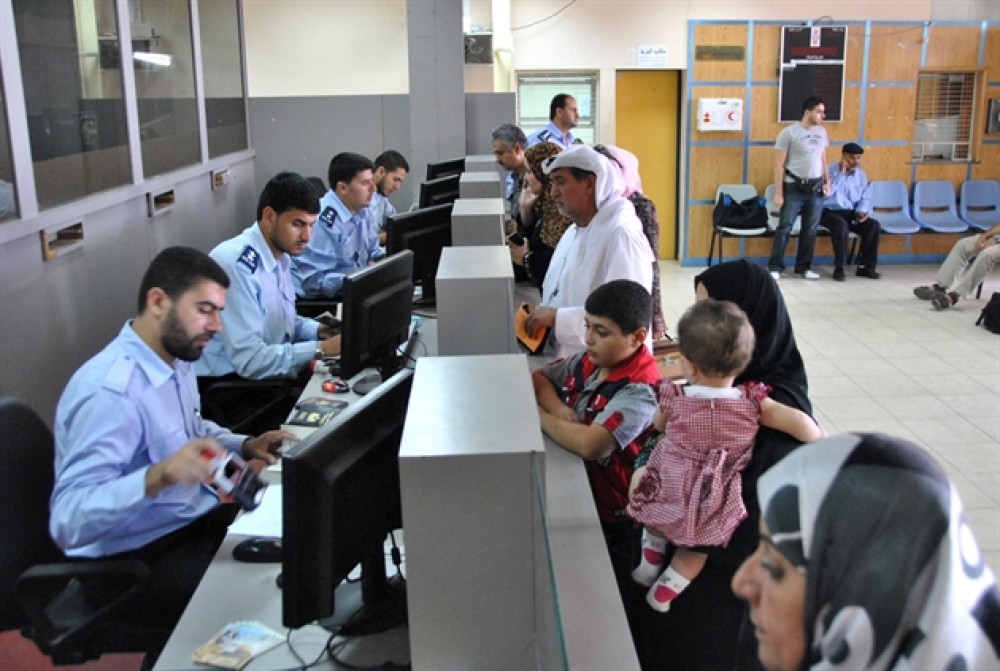 Geneva – The judicial authorities in the Gaza Strip have imposed travel restrictions on unmarried males and females in a way that clearly violates the Palestinian Basic Law and relevant international conventions, and the right to travel, the Euro-Mediterranean Human Rights Monitor stated today.

The Supreme Council of the Sharia Judiciary in the Gaza Strip issued a judicial circular Sunday February 14, 2021, No. 01/2021, on travel regulations containing four Articles of different cases. The circular imposes new travel restrictions on both males and females.

The first Article the circular contains a reasonable restriction which stipulated: "A father is prohibited from traveling with his minor children who are under their mother’s custody without the consent of their custodian; and if she agrees, a non-objection travel paper shall be issued from a court of first instance duly”. This Article, hence, takes into account the protection of children and the mother’s custody, and prohibits a parent from traveling with the children without the consent of the other parent.

On the other hand, the second article of the circular stipulates: “If the custody of minors and those included in the mother’s custody is transferred to the father who divorced his wife and she has married another man… the father may travel with his children, until the right of their mother or whoever takes her place in custody is restored, provided that he obtains a permission from a court of first instance and in line with the procedures stipulated in Judicial Circular No. 1/2020 AD issued on 01/30/2020”.

In addition, Articles 3 and 4 of the new circular are contrary to the Palestinian amended Basic Law as they involve discrimination.

Article 3 of the new circular stipulates: “A child more than eighteen Gregorian years of age may be prevented from traveling, by one of his parents or his grandfather to father if his travel could result in absolute harm, by filing a lawsuit before the competent court.” This Article is also contrary to the Palestinian Basic Law and international conventions that stipulated that persons more than 18 years old are fully competent adults; and therefore, their freedom and rights, including the right to travel must not be restricted. The Article included a broad and vague term such as “absolute harm”, which can be interpreted in many ways in favor of restricting this right.

Article 4 of the circular stipulates: “An unmarried female, virgin or not virgin, may be prevented from traveling if she did not obtain her guardian’s permission. Her guardian may prevent her from traveling if there is absolute harm in her travel or if there is a bending lawsuit requiring a travel ban, provided that the procedures are followed stipulated in Judicial Circular No. (1/2020) issued on 01/30/2020”. This Article contains clear discrimination against women, as it requires obtaining the guardian’s permission before traveling, which means restricting their legally guaranteed right to travel.

Essentially, judicial circular should not include violations to the supreme law, where the Palestinian Basic Law has higher status than judicial circulars. In addition, the new circular restricts the right to movement which is one of the inherent rights guaranteed in the Basic Law and international laws alike.

The Palestinian Basic Law guarantees the right of citizens to move and travel, as Article 11 stipulates that “Personal freedom is a natural right, shall be guaranteed and may not be violated. It is unlawful to arrest, search, imprison, restrict the freedom, or prevent the movement of any person, except by judicial order in accordance with the provisions of the law. The law shall specify the period of prearrest detention. Imprisonment or detention shall only be permitted in places that are subject to laws related to the organization of prisons”.

Additionally, Article 20 stipulates: “Freedom of residence and movement shall be guaranteed within the limits of the law”.

The International Covenant on Civil and Political Rights came to affirm the freedom of individuals to move and travel without restriction or prevention, as Article 12 stipulates: “1. Everyone lawfully within the territory of a State shall, within that territory, have the right to liberty of movement and freedom to choose his residence. 2. Everyone shall be free to leave any country, including his own”.

The Supreme Council of the Sharia Judiciary should revoke the recent judicial circular since its provisions contradict the principles of the law and the guaranteed right of people to travel, and take into consideration the supremacy of laws and abide by the provisions contained in the supreme law in the country.

The ruling authorities in the Gaza Strip should ensure the application and respect for human rights principles and refrain from issuing discriminatory directives or circulars that violate relevant domestic and international laws.