Iraqi Kurdistan: Authorities step up intimidation with harsh sentences against 5 activists and journalists 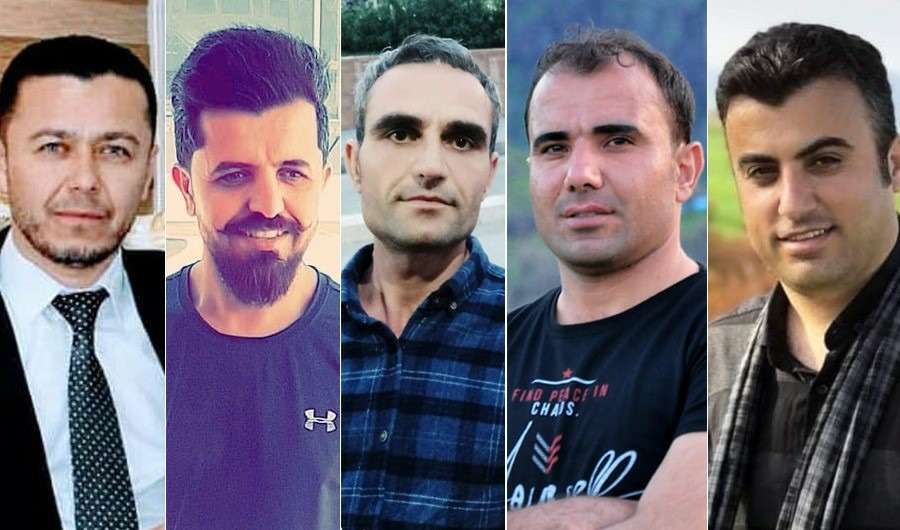 Geneva – The Euro-Mediterranean Human Rights Monitor strongly condemned the imprisonment sentences against five journalists and civil activists on charges related to their journalistic activities and exercising their right to freedom of opinion and expression.

On February 16, Erbil Second Criminal Court sentenced journalists and activists Sherwan Suleiman, Shafan Omar, Hariwan Muhammad, Iyaz Rashid and Kadar Abd Al-Majid to six years imprisonment according to Article 1 of Law No. 21 of 2003 issued by the Parliament of the Kurdistan Region of Iraq. The court referred the case file to the Court of Cassation whose judgments become final if ratified.

The court charged the five detainees with numerous charges, including “threatening national security” and “spying for foreign parties”. The defense team were not allowed to meet the detainees except for once and for a short period of time not exceeding five minutes. The team obtained only two papers from the case file, which consisted of 200 pages. This further hindered their mission defending their clients.

The court's decision lacks sound legal basis, as it convicted journalists and activists of serious charges without substantiated evidence. In addition, the five detainees were subjected to torture and threats during the investigation to confess the charges against them and fair trial conditions were not met during their trial.

The authorities violated the privacy of the detainees, as they viewed all the content on their confiscated phones and computers. The Public Prosecution team presented private conversations with the detainees on Messenger and WhatsApp as evidence against them and used a picture on journalist Sherwan Soliman’s phone of a party headquarters, accusing him of espionage.

The security forces had arbitrarily arrested the five journalists and activists months ago, and charged them at that time with espionage, rioting and attempting coup.The detainees’ lawyer, Bashdar Hassan, said in a press conference held after the ruling that “some judges did not approve the sentences. We asked to reopen the investigation in the presence of lawyers, but our request was rejected... We will appeal the court’s decisions within 30 days, because there were no crimes and there is no evidence of the charges against the detainees”.

Euro-Med Monitor obtained a copy of the ruling which states that the court decided to place the detainees under police surveillance for a period of five years after the expiration of their sentence. The sentence also included the confiscation of their phones, personal computers and cameras and sending them to the Ministry of Finance for disposal in accordance with Article 308 of the amended Criminal Procedure Code.

Regarding detention and trial conditions, journalists and human rights activist Niaz Abdullah said, "The five detainees reported being tortured in prison. One of them (Sherwan Suleiman), told the judge that during the investigation he was subjected to torture, insult, and threats of raping his wife; and they forced him to sign confessions of crimes he did not commit. However, the judge did not take all of these practices into consideration. We also noted deterioration of their health and a significant drop in their weight. One of the detainees (Shafan Omar), passed out during the trial while the judge read the accusations against him of (espionage and terrorism)”.

“It seems that Iraqi Kurdistan’s authorities aim to intimidate the press and civil activity in the country through these harsh rulings, and to inform opponents that the price of criticism will be very high,” said Omar Al-Ajlouni, Euro-Med Monitor’s legal researcher.

“The authorities are obligated to respect fair trial standards and not force the detainees to confess to charges directed against them. The conviction of journalists and activists based on correspondence related to their legal practices puts doubts about the existence of prior intentions to target them, especially since a number of them are very active in the field of combating corruption in the region.”

Relevant international covenants affirm the necessity that journalists practice their work under complete protection from the various types of harassment that affect their work. Article 2 of the UNESCO’s Declaration on Fundamental Principles Concerning the Contribution of the Mass Media to Strengthening Peace and International Understanding, to the Promotion of Human Rights and to Countering Racialism, Apartheid and Incitement to War stipulates that: “It is essential that journalists and other agents of the mass media, in their own country or abroad, be assured of protection guaranteeing them the best conditions for the exercise of their profession”.