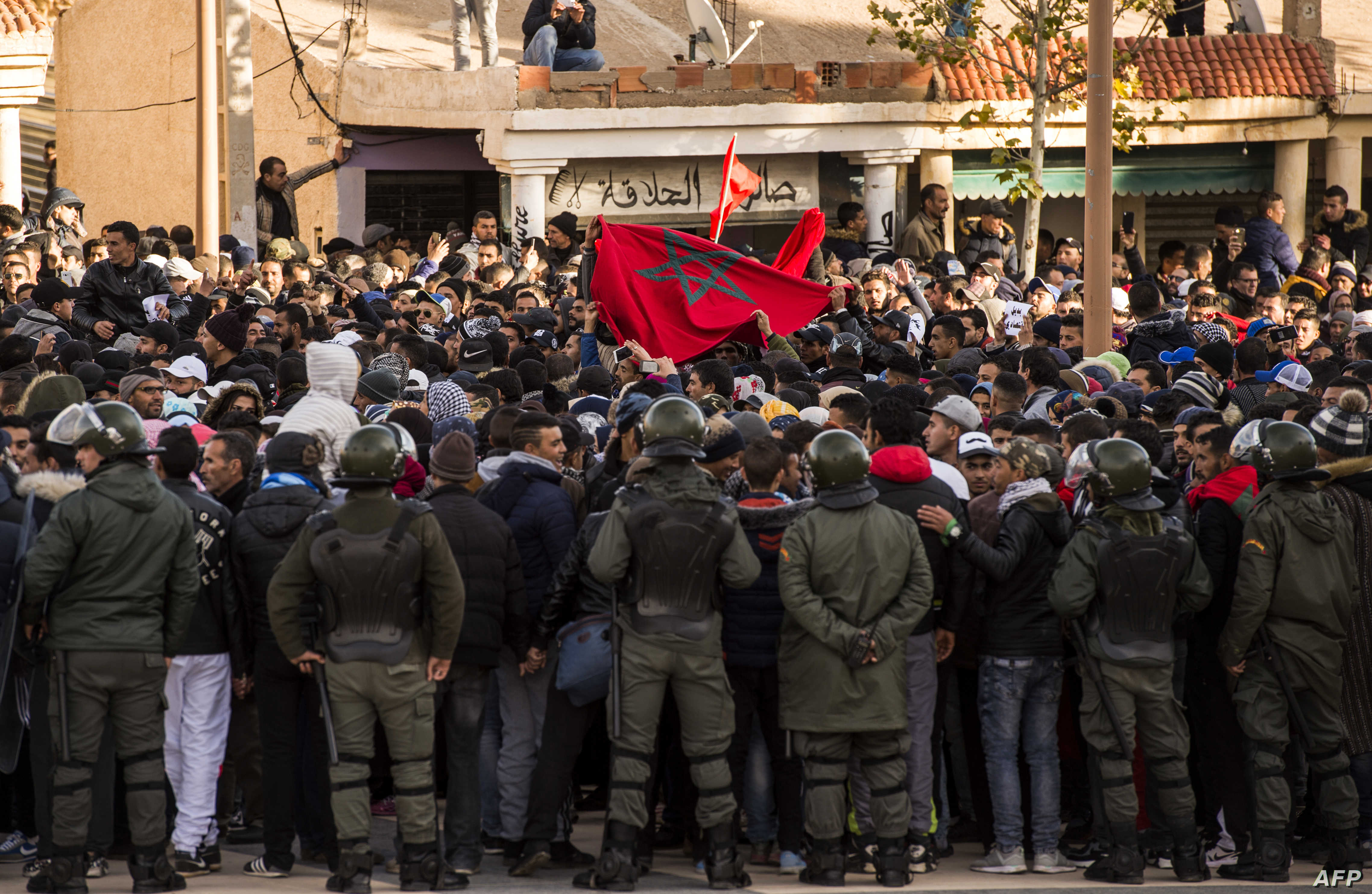 Geneva – The Euro-Mediterranean Human Rights Monitor expresses deep concern over the deteriorating health condition of several Hirak Rif movement detainees after going on a hunger strike to protest the inhumane treatment they received in prison.

The two Hirak Rif detainees Mahmoud Bouhnoush and Nasser Zafzafi were subjected to several violations that affected their health. Their condition worsened after they went on a hunger strike protesting solitary confinement, not being allowed to communicate with their families, as well as being denied access to necessary health care.

In a bid to humiliate detainees, infuriate and intimidate protesters, the authorities have adopted a security policy to discourage protesters from demanding their legitimate rights.  First, the authorities resort to repression during the protests, arrests, prosecution, and harsh interrogations permeated with physical and psychological torture; then they give protesters unfair trials that end with unjust sentences. The detainees are left to deal with deliberate humiliation inside prisons, solitary confinement, harsh restrictions and medical neglect.

On February 16th, European Parliament members Kathleen Van Brempt and Kati Piri pleaded with the Moroccan authorities to release Hirak Rif detainees and stop abuses against them. The two MEPs illustrated the importance of pressuring the Morocco authorities to stop violations against rights and freedoms in the country – unless Kingdom is preferred.

Amaz said Bohnoush told him during a visit that he was subjected to constant humiliation as “he had been handcuffed whilst walking  through all the prison wings, and later placed in a sanatorium similar to a solitary confinement cell, before he suspended his hunger strike.”.

On February 22nd, the court summoned Amaz after the Nador 2 prison administration reported that he had disclosed the activists’ detention conditions, in an attempt to silence and dissuade him from exposing the abuses committed against the detainees.

On February 18th, the local authorities in Al Hoceima city prevented the detainees’ families from organizing a sit-in to protest the inhuman conditions their relatives suffered inside prisons. The authorities did not give any reasonable reasons for such a ban.

“Nasser's hunger strike caused him to suddenly faint and fall to the ground.He was found covered in blood as he had been bleeding for an hour and 20 minutes without anyone paying attention to him,” Ahmed Zefzafi, (Nasser Zefzafi’s father), told Euro-Med Monitor. “Nasser’s blood sugar levels severely dropped, which caused jaundice and lip paleness before he suspended his hunger strike on the 17th of February”.

Euro-Med Monitor legal advisor, Tarek Hajjar said, “The Moroccan authorities must stop their deplorable practices against the Hirak Rif detainees, which violate local and international laws. The Moroccan constitution stipulated in Article 22: ‘The physical or moral integrity of anyone may not be infringed, in whatever circumstance that may be, and by any party , public or private. No one may inflict onto others, under whatever pretext there may be, cruel, inhuman, [or] degrading treatments and  infringements on human dignity. The practice of torture, under any of its forms by anyone, is a crime punishable by the law’.”

The Moroccan authorities should:

The Moroccan authorities rushed to suppress the protests and arrested hundreds of demonstrators between May and July 2017, including Nasser Zefzafi – one of the most prominent leaders of the movement – and Mahmoud Bouhnoush. In June 2018, Nasser Zefzafi was sentenced to 20 years imprisonment while 49 others ranged between two and 15 years. – 2 and 15, or two and fifteen? All of them were convicted for arbitrary and unfair charges.

The number of Hirak Rif detainees is currently estimated at 60 and they are reportedly subjected to difficult prison conditions and inhuman treatment.