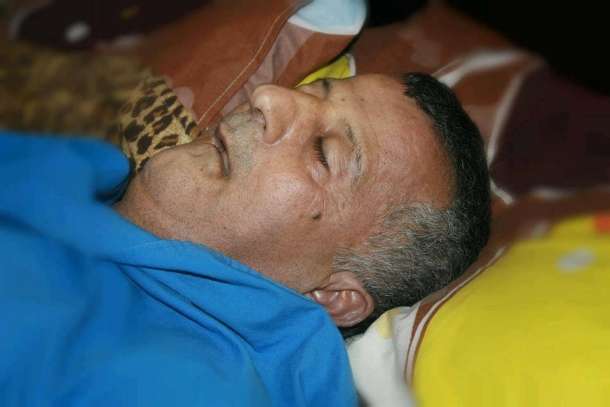 Euro-Med Monitor for Human Rights urged the Palestinian Authority and the Palestinian Government in Ramallah to open a serious and urgent investigation in the death of Sa'adi Al-Sakhel on Saturday, and bring all those who were involved in his death to justice.

The Geneva-based organization demanded the PA to stop the political arbitrary detentions immediately, which are considered a grave human rights violation according to the international, and the Palestinian laws.

In a statement published Sunday (16/6/2013), Euro-Med Monitor said, that according to his relatives and eyewitnesses, Al-Sakhel, 62, died while he was detained in the General Intelligence (GI) headquarters in Junaid prison in the West Bank city of Nablus.

Musa'b, 22, Al-Sakhel's son, told Euro-Med Monitor, that a large GI force stormed his workplace at 11.00 on Saturday morning (15/6/2013) in Rafidia Neighbourhood in Nablus to arrest him without a warrant.

He said that his father rejected his son's arrest without a court order, and insisted on his request, both sides engaged in a tough quarrel, then members of the GI force fired several shots in the air. Later the force arrested the father and the son and took them to the prison.

The brawl continued in the GI car until they arrived Junaid, where they were detained in a cell, Musa'b continued. Two hours later, one of he officers came and released him, and told him to go home.

Later on, he was shocked when he knew about his father's death. As soon as he arrived home, his family learned that Sa'adi's body was in the Specialized Arab Hospital in Nablus. It was moved to the hospital by the GI in signed in under an anonymous status.

Euro-Med Monitor considered the death of Al-Sakhel a flagrant example of the ongoing human rights violations and illegal detentions. Since the beginning of 2013, it documented hundreds of overwhelmingly extrajudicial arrests and subpoenas in the West Bank.

It called on the PA security apparatus to respect the public freedom, and to stop its arbitrary punitive detention, which is criminalised by the Universal Declaration of Human Rights, and the International Covenant on Civil and Political Rights, which prohibited the arrest and dentention arbitarily, and restrict any constraints on freedom unless they are lawful, and depending on legal procedures.

Euro-Med Monitor stressed that arrests targeting mainly young activists are often based on political backgrounds, opposition to the PA policies, or in regard to freedom of expression, which are protected in human rights and Palestinian laws.

Due to its commitments to international laws, Palestinian Authority is required to investigate the incident and ensure ceasing extrajudicial arbitrary detentions, inform detainees about the reason of their arrest, and their charges, and provide those who are affected by this type of arrest with a fair compensation.