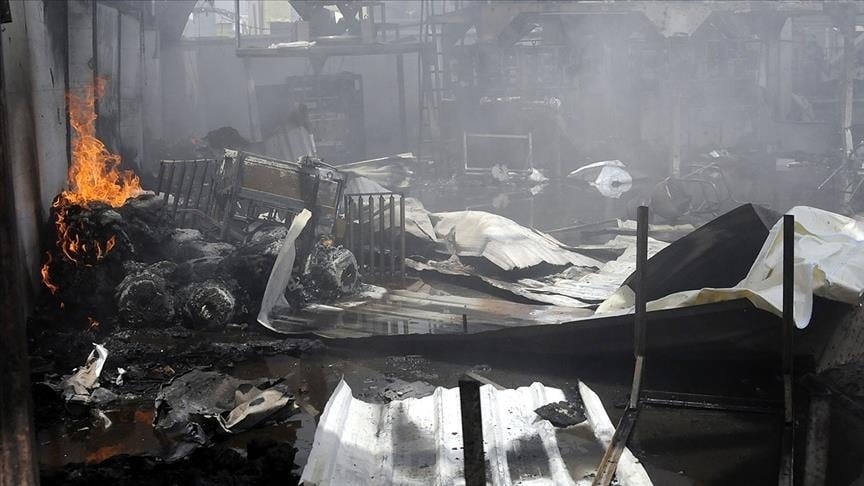 A fire that erupted in a detention center in the capital, Sana'a, was reportedly caused by the Houthis, has killed several migrants and injured many others, the Euro-Mediterranean Human Rights Monitor said in a statement, expressing grave concern.

According to information collected by Euro-Med Monitor’s field sources, which matched survivors’ testimonies, hundreds of immigrants of African nationalities from the “Immigration, Passports and Naturalization Authority Immigration Holding Facility” in Sana'a entered a hunger strike to protest their detention and ill-treatment. The detainees protested to pay large sums of money, most of them cannot afford, in exchange for their freedom.

The sources said on Sunday, March 7th, armed members from the Houthi group tried to end the detainees' strike by force, which led to clashes between the two parties. Those forces failed their mission and retreated awaiting the arrival of additional forces, amid the state of great panic and chaos that had prevailed.

After a short time, additional reinforcements arrived at the place, and several Houthi gunmen advanced to the hangar, which contained about 350 immigrants and closed all the doors.

Then, they began to fire devices through the upper windows that emitted thick smoke. According to initial reports, this caused a large fire that killed more than 16 migrants and caused around 200 others who were severely injured.

Although, it is not known yet what type of devices the Houthis fired, the group bears full responsibility for the incident as those devices caused the fire.

The Houthis imposed tight security cordon on the place, preventing families of the injured from visiting their children, and even families from identifying the corpses.

The Houthis must provide the necessary medical care for the injured, end the arbitrary detention of thousands of migrants, and close all detention centers that do not meet the basic requirements for a decent life under the relevant international standards.

All the available evidence indicates a horrific crime took place where innocent immigrants were killed. This requires the opening of an impartial and independent international investigation into the incident to uncover the details of the crime and hold the perpetrators accountable in accordance with the requirements of justice.

The United Nations should send a special team to inspect all immigration detention facilities in Yemen, verify the conditions and the legal status of the detainees, and monitor all procedures that migrants are subjected to.