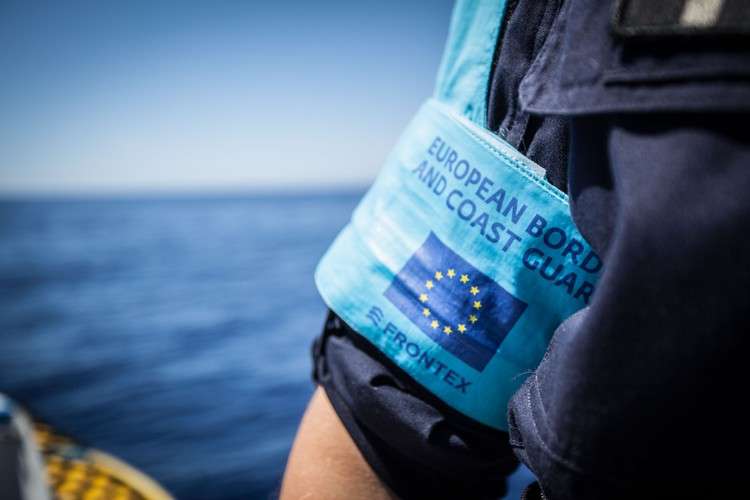 We welcome the Final Report of the Frontex Scrutiny Working Group, which identifies flaws in the monitoring and reporting system of Frontex, Euro-Med Human Rights Monitor said in a statement today. The report, however, proves to be hesitant and inconclusive when tackling the serious allegations on Frontex’s complicity in illegal pushbacks, which necessitates an urgent inclusion of independent reporting mechanisms for human rights’ violations in Frontex operations.

The Working Group was set by members of the European Parliament to assess the functioning of Frontex following numerous reports accusing it of pushbacks of asylum-seekers in Aegean waters. Its Final Report, looking into 13 still pending incidents involving Frontex, declares that 8 were not pushbacks and that none of the incidents could demonstrate fundamental rights’ violations. On the remaining 5 incidents, it stresses that one incident has been closed by the Agency and that for the other 4 a final assessment is still pending.

It is questionable to rely on the same actors who are under accusation in order to find further evidence and assess the truth. Particularly when suspicions of Frontex’s misconduct led to investigations by different EU bodies, such as the EU’s anti-fraud agency OLAF and the Ombudsman’s office.

Frontex is the European Union’s best-funded agency. Yet, despite all its financial and technological resources, it claimed it has not received any information linked to the incident of 28-29 April 2020, investigated thoroughly by several journals, stating that a Frontex surveillance plane overflew the area twice while this pushback took place but did not intervene. Similarly, Frontex’s stagnant and slow reactions after filing a Serious Incident Report (SIR) show its lack of hurry, attention and care. SIR 11934/2020 is expected to be “finalized very soon” even if it occurred more than 7 months ago.

The Agency was even accused by the Swedish Coast Guard of initially hampering the launch of SIR 12604/2020 in October 2020, but denied the accusations. Five months have passed and this assessment is yet to be finalized by Frontex, though this case, implying a possible fundamental rights’ violation, is classified as Category 4 and must immediately be allocated to the Agency’s Fundamental Rights Officer to be finalized “as soon as possible”. This raises questions on the reliability as well as the sincerity of Frontex efforts to stem any abuse.

Last January, Euro-Med Monitor released a comprehensive legal analysis, entitled “Frontex: Accountability Declined,” which highlights a pattern of the excessive and alarming autonomy of Frontex, as its budget, role and staff are augmented by the EU without clear legal boundaries.

“A European Agency involved in such complex and sensitive scenarios should be reliable and credible enough to be trusted without the slightest doubt it could endanger those people it has to protect” said Michela Pugliese, Legal Researcher at Euro-Med Monitor, “If the EU aims at preventing any misconduct in the future, it is imperative to examine Frontex’s ambiguous structure itself, its excessive autonomy and its lack of legal clarity”.

Euro-Med Monitor calls on Frontex to start enforcing a “new culture, in which failure is acknowledged and addressed”, as suggested by the Working Group’s final report; to always and fully respect the human dignity and the fundamental rights of people on the move, particularly their right to access to asylum procedures, the principle of non-refoulement and the prohibition of collective expulsions.

Euro-Med Monitor calls on the EU to urgently include independent reporting mechanisms for human rights’ violations in Frontex operations; to ensure that the authorities deployed at the borders respect migrants’ fundamental rights and European law, particularly Article 46 of Regulation (EU) 2019/1896.