Saving a life is never a crime: EU increased criminalization of HRDs helping people on the move 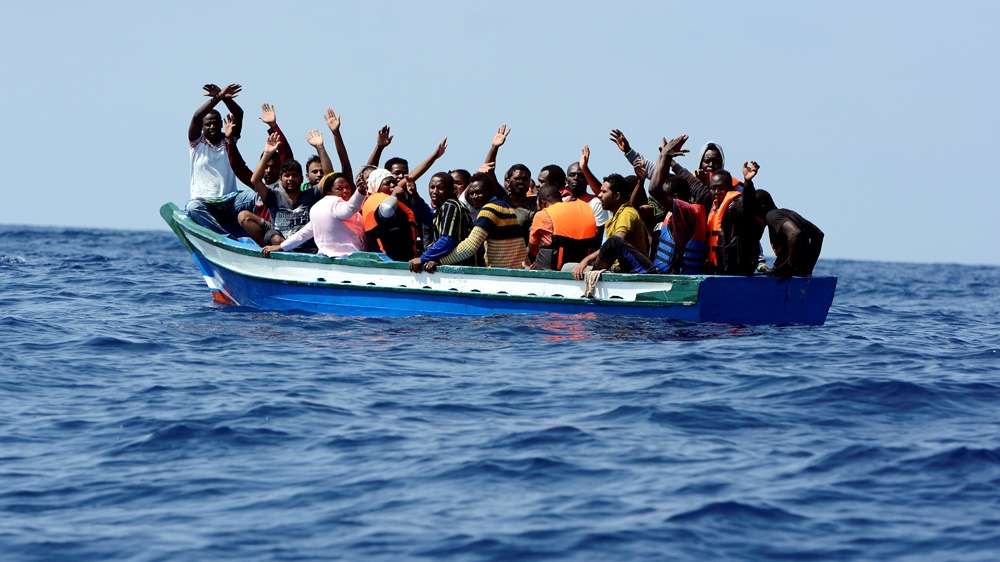 Activism, solidarity and care are what nourish a healthy and awoke society. Europe has known numerous civic mobilisations inspired by human solidarity, changing its policies, its governments, even its times, but currently a wide pattern of intimidation and repression has emerged to hinder, criminalise and stigmatise humanitarian assistance to migrants.

Before and during the Second World War, when it was almost impossible to flee a country, Europe still witnessed massive movements of people thanks to countless, and often nameless, ordinary citizens who assumed incalculable responsibilities to save thousands of lives. Similarly, during the Cold War, when a mass migration took place from the Eastern European toward the West, smuggling of citizens, particularly to cross the Berlin Wall, was a common practice.

Time, politics and socio-economic circumstances change the way human rights defenders are seen and depicted, as heroes or as criminals.

At the present, Europe is witnessing the largest civic mobilisation in its recent history. Since the emergence of the so-called “refugee crisis”, both spontaneous and organized groups all over Europe have arisen to help people on the move, through humanitarian assistance, search-and-rescue operations, medical care, advocacy or legal aid. As European politicians failed to uphold their legal and humanitarian obligations, their citizens responded to fill the gaps and condemn the dehumanization of people on the move in the name of migration controls.

Yet in recent years, these human rights defenders haven’t met particular support, gratitude or financial assistance from the authorities. On the contrary, they have been subjected to unfounded judicial prosecutions, arbitrary arrests, investigations, undue restrictions of their activities, intimidation, harassment and smear campaigns all around Europe.

A toxic narrative stigmatizing people on the move and the activists who help them is taking place even now, with the Covid-19 pandemic still in full swing. Now that the value of human life and the necessity of helping each other are particularly important to protect the most vulnerable and marginalized people from the worst impacts of the crisis.

A few days ago, on 1 March 2021, a vast police operation took place throughout Italy against the NGO Mediterranea Saving Humans, searching in offices and private homes, seizing their Mare Jonio ship and accusing the NGO of making profit out of its search and rescue activities at sea.

Another operation was conducted in Italy a few days before, on 23 February 2021, in Trieste, near the border with Slovenia, against the activists Lorena Fornasir and Gian Andrea Franchi, founders of the organization “La Linea d’Ombra”, that raises funds to support migrants in need. The Italian police raided their house and confiscated their mobile phones and laptops as well as the ledgers of their organisation and other materials, accusing them of aiding and abetting illegal immigration. Since 2015, they have been welcoming and providing essential goods to migrants in front of Trieste’s main train station, washing and curing the feet of those who have walked barefoot for miles.

Similarly, in September 2020, members of a private vigilante group violently threatened the human rights defender Zehida Bihorac, who is working daily for migrants’ rights in Bosnia and Herzegovina. The assailants, known for their violent behaviour towards both migrants and volunteers, shouted insults and threats, calling her a “traitor to her country”, after filming her and pursuing her in their vehicle, but they are not the only ones. Since the beginning of June 2020, a smear and intimidation campaign and numerous death threats were addressed against Ms. Bihorac. Several times she was even followed and stopped by the police, accusing her of aiding illegal immigration and insinuating that she would be arrested soon.

These are a few recent cases among the hundreds of human rights defenders who have been arrested, harassed or investigated over the last few years throughout Europe. No evidence is found for convictions in most of the cases, suggesting that this is primarily a political tool to deter solidarity, create a hostile environment for migrants and provoke a general feeling of suspicion, fear and intimidation within civil society.

These misguided investigations and the general “criminalisation of solidarity” nourish the false image of asylum seekers as criminals and of activists as ambiguous individuals trying to profit out of migration flows and colluding with smugglers. Politicians and media in their speeches frequently fail to distinguish between people smuggling and simple acts of solidarity, but such ambiguity stems from the European legal framework itself. While for the UN Protocol against the Smuggling of Migrants a for-profit element is required to qualify for smuggling and to establish a criminal offence, in Europe, according to the 2002 Facilitators Package, the facilitation of entry is criminal even without the intent to gain profit in 24 out of 28 EU Member States.

In the last three years EU Member States have not halted the criminalization of solidarity nor the defamation of human rights defenders, that sometimes even risk their life to assist that of the others, as Ms. Bihorac shows. Nevertheless, in parallel, thousands of migrants in need have been rescued and assisted by civil society actors and a strong bond has been developed between European like-minded citizens. After the police raided the house of Ms. Fornasir and Mr. Franchi, fundraising and solidarity campaigns in their support sprung up, not only all over Italy but also in other EU countries like Germany and France. Just as during the 20th century, when governments are unable or unwilling to respond quickly and effectively, civil society steps in to ensure people’s access to fundamental rights.