Children on the move are first and foremost kids 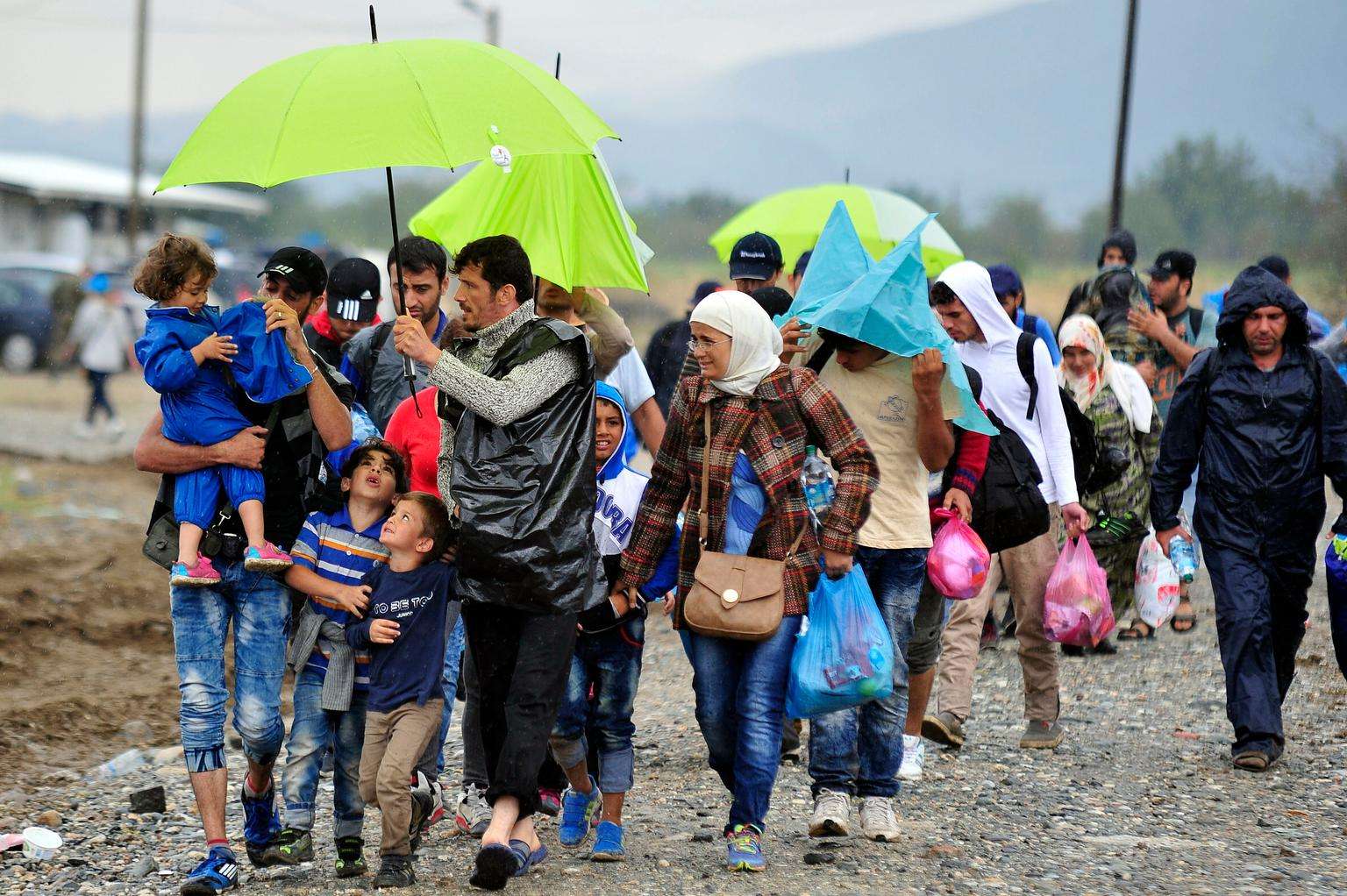 International law provides that children on the move, whether accompanied or not, are seen and protected as children, rather than migrants. Their best interests should always come first, but not according to the current reluctant European migration policies that value containment over human life.

By the Italian press, it was defined as “the massacre of children”. In the night between 10 and 11 October 2013, a fishing boat carrying more than 400 migrants departed from Libya capsized in the Central Mediterranean, while trying to reach Italy. Despite the numerous distress calls forwarded to both the Italian and the Maltese authorities, nobody came to their rescue for four hours and 200 migrants lost their lives. Among them, 60 children.

One of the survivors, the Syrian doctor Mohanad Jammo, lost two of his children, aged 9 months and 6 years.

This January, the United Nations Human Rights Committee condemned Italy for failing to protect the right to life of those people who were aboard, as its navy ship, ITS Libra, was located only about an hour away from the scene of the shipwreck. “Italy’s delayed action had a direct impact on the loss of hundreds of lives” said Ms. Tigroudja, a member of the Human Rights Committee.

At the beginning of 2019, a similarly indelible episode shocked the public opinion.

As Cristina Cattaneo, a coroner who identifies the bodies of migrants who died trying to cross the Mediterranean, wrote a book reconstructing their untold stories to restore their dignity and memory thanks to fragments of their identities, such as their personal belongings. She was able to recount the story of a 14-year-old boy from Mali who died years before, on 18 April 2015. He was carrying with him, sewn into his clothing, his school report card. Similarly, an Eritrean boy was found with a pouch of soil, probably from his home, while a boy from Ghana had his library card with him.

They were fleeing from different countries and different contexts, some carried a bit of past, others a bit of future, but all three children envisioned the same better life in Europe.

Yet both legal condemnations and concrete stories of human suffering have not opened the eyes of the European authorities and policy makers over the years.

Just a couple of weeks ago, on 16 March, a two-year-old Malian girl died in hospital in Spain after having been rescued from a boat packed with 52 sub-Saharan Africans. The baby, travelling with her mother and sister, was found already unconscious at the time of the rescue. Being at sea for four hours, she suffered severe hypothermia and had a cardiac arrest because of the cold.

Few days ago, on 27 March, Open Arms’ vessel rescued 219 migrants, including 2 pregnant women and 56 minors, with 12 of them unaccompanied and separated and 17 under 10 years of age. Only after five days at sea, two medical emergencies - one of a seven-year-old girl- and numerous denied requests to disembark in Malta or Italy, Open Arms’ boat was allowed to land in Pozzallo, Italy.

Several videos from the boat were shared during the five days, showing children of different ages, covered in bonnets and beige or light blue blankets, smiling, drawing, waving their hands and screaming “Hello!” at the camera, reminding everyone that they are first and foremost kids.

Migrant children are often subjected to the same criminalization and inhuman treatment as adult migrants. Borders in particular can be a dangerous place for them, as they are often regarded with suspicion by officials who cast doubt on their age and on reasons for fleeing or being on their own. They can be subjected to violence or to arbitrary and prolonged detention by border guards. In some situations, they have no access to appropriate identification, age assessment, family tracing and appointment of a guardian and legal representative.

As it occurred to Open Arms on these very days, humanitarian vessels filled with children can be denied disembarkation and abandoned at sea for days, even weeks.

There are unfortunately limited statistics on the movement and treatment of children on the move in the Mediterranean. According to UNICEF latest data, between January 2020 and February 2021, about 15,918 children reached the EU crossing the Mediterranean Sea, representing the 17% of the whole sea arrivals.

International law provides that they are seen and protected as children, rather than migrants, and that every person under 18 years is entitled to child-sensitive procedural safeguards.

As enshrined in Art. 24 of the EU Charter of Fundamental Rights, “children shall have the right  to such protection and care as is necessary for their well-being” and “in all actions relating to children, whether taken by public authorities or private institutions, the child's best interests must be a primary consideration”. The principle of the best interests of the child is derived from Article 3 of the Convention on the Rights of the Child (CRC), the most widely ratified international human rights’ treaty, ratified by all EU countries.

The principle of the best interests of the child should override all others, including conflicting orders or restrictive migration policies. All authorities that come into contact with migrant children are required to ensure that their actions are primarily concerned with protecting the interests of the individual child.

To determine what is in the best interests of the child requires a clear and comprehensive assessment of the child’s identity, including her/his nationality, ethnic, cultural and linguistic background, particular vulnerabilities and protection needs. Allowing the child access to the territory is the elementary prerequisite to her/his protection and to this initial assessment process.

Alongside the right to life (Art. 6 of the CRC) that goes beyond the bare physical survival to include the development of the child “to the maximum extent possible” and the prohibition of torture (Art. 37 of the CRC) that protects all children, regardless of location or legal status, General Comment No. 6 of the Committee on the Rights of the Child provides further guidance on the protection of children on the move and particularly unaccompanied and separated children. This includes inter alia that all such children should be identified and registered as soon as possible following their entry into the host country. Also according to the UNHCR Guidelines, asylum claims made by children, whether accompanied or not, should be processed on a priority basis, also with reduced waiting periods at each stage of the asylum procedure.

Most EU states’ migration policies do not take into account the needs and rights of particularly vulnerable migrants, like pregnant women and children, resulting in serious protection gaps for them at all stages of the migration process, particularly when denied or delayed the entry.

At this moment, Open Arms is the only humanitarian boat present in the Mediterranean. The pointless delays of the permission to disembark have impeded it to respond to other distress calls, as it has already reached its maximum capacity, and have augmented the need of protection of the 56 children and babies aboard.

This – the delays, the responsibility-shifting among member states and the anti-immigrant propaganda – are part of thoughtless and immoral EU migration policies that values containment over human life. We are so used to push migrants away altogether, defining them clinically as “illegal immigrants”, as if they were a dangerous undefined agglomeration and not human beings seeking asylum, that we fail to acknowledge each own’s identity, story, even childhood.