Experts: No military solution to the war in Yemen, proxy war must end 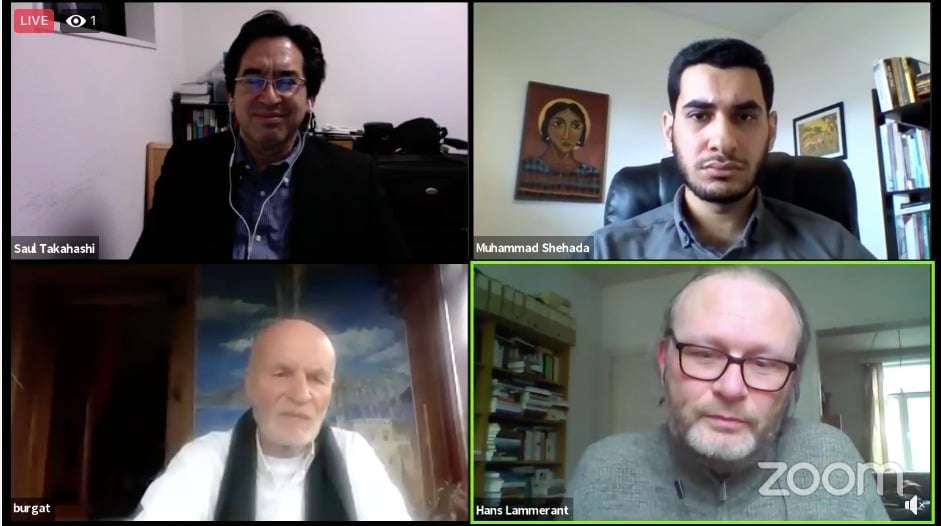 The Euro-Mediterrnaen Human Rights Monitor has organized a webinar to discuss the EU’s approach towards the war in Yemen. The webinar was moderated by Muhammad Shehada, Euro-Med Monitor’s Chief of Programs and Communications , and was kicked off with  remarks by Abdul Galil Shaif, the Chairman of Friends of South Yemen. “The war in Yemen is not necessarily a war between Yemenis, it is also a proxy war at a regional and international level on Yemeni soil. There is no military soultion  to this conflict, otherwise the continuation of the war will only increase the suffering of the people of Yemen.”

“The approach should also focus on economic pressure and targeted pressure on elites benefiting from the war. It is true that the only beneficiaries of this war have been the Houthis. The EU has a vital role to play in the peace process by putting forward new initiatives to end the war in Yemen and succeed where others have failed.”

Shaif presented a plan to end the war in Yemen, which includes three phases, that ends up with a memorandum where the Yemenis decide if they want a two-region system with the same foreign policy and defense policies or a two-state solution as was the case before 1990..

The first stage (2021-2022), Shaif noted, aims to reach a permanent ceasefire and  should include the imposition of sanctions on anyone profiting from the war. Economic development should replace humanitarian aid both in the North and South regions.

The second stage (2022-2025) proposes a two-region solution: one region in the north and the other in the south each with its own parliament, political parties, executives, ministries, legislative and judicial powers, budget, internal security forces and police. A central administration will be responsible for defense, foreign policy and the allocation of an equitable share of national revenue to the two regions.

As for the third stage (2025-2030), a national referendum, one in the north and one in the south, would be held to decide whether or not to opt for two independent states (as was the case before 1990) or continue with the two-region solution.

Saul J. Takahashi, a Professor of Human Rights and Peace Studies at Osaka Jogakuin University, in Osaka, Japan and  a former UN civil servant, who lived in Palestine for five years as Deputy Head of Office of the UN Human Rights Agency joined the discussion. Takahashi noted that the war in Yemen is not a humanitarian crisis, but more than anything is “a human rights crisis.” He added that civilian objects must never be targeted and even when targeting combatants, possible loss of life must be weighed against military advantage. “The solution has to be a political one that ensures justice and respect for human rights. The conflict in Yemen has been characterized by these gross violations of humanitarian law.

“The EU has been providing weapons to the parties in the conflict that  are used in violations of the laws regarding  war. These states have a responsibility under international law.” The Arms Trade Treaty, which came into effect in 2014 and was ratified by all EU member states, suggests that the EU should have knowledge on how the weapons it sold to a third world country are being used in the largest recorded crime against humanity. . It is no longer posssible to deny what is taking place in Yemen.

François Burgat is a political scientist and arabist, and the former head of the French Center for Archaeology and Social Sciences in Sanaa (CEFAS 1997-2003). Burgat addressed the EU’s role in Yemen and the responsibility of EU member states involved in the war.

Burgat noted that the conflict in Yemen has been internationalized at a  regional and global level. It is locally known in Yemen that the Houthis feel they did not get their fair share of power. Saleh has suppressed the rebellion of Houthis. It is important to say that pre-MBS Saudi Arabia has, if not fully supported, has not moved against the Houthis moving towards Sanaa. “Because the Houthis were going to lower the importance of the Islah supporters of Mansour Hadi.”

At an internal level, more or less, with the activity of the Emiratis, there will be another front called North-south, in addition to Al-Qaeda with the central state is weak.”

The internationalization of the conflict happened in 2015 when the Saudis and Emaratis formed a coalition in Yemen. This has been partially linked to MBS, who wanted to appear as a strongman. The Saudi influence in Yemen is both financial and religious. The emiratisi joined with a strange agenda. The royal family in the UAE were originally in Yemen and funded by the Marib dam. Observers believe that the Emiratis want to retrieve their empire which  is bigger than the tiny emirates in the desert. There is a kind of imperialist attitude present in  the Emirates since 2015 to the present.”

He concluded that the EU and the US supported the Saudi and Emirati  coalition in Yemen because of two reasons; one is that they have money to buy weapons and the second is because Saudi Arabia and the UAE are associated with a regional bloc that has been anti-revolutionary following the Arab Spring. This also includes Tunisia, Egypt and Libya, which meets the expectations of some of the regimes in Europe that  have a right-wing ideology.

“The maritime embargo imposed on the North is the main reason for the humanitarian catastrophe in Yemen today.”

Hans Lammerant, is a legal expert and researcher at the Belgian peace organisation Vredesactie (Peace Action)He shed light on the arms trade based on his involvement in strategic litigation against arms exports. “The reality is that Saudi Arabia and other countries started intervening in Yemen from 2015, and the truth is that these countries would not do this without being able to resource their military capabilities through international trade,” he noted.

“Saudi Arabia has a military budget similar to that of Russia and the UK, but the big difference is that Russia mostly has an   internal military industry, while Saudi Arabia has to resource its military from the outside, which means that countries selling them weapons have a big influence over them and a bigger responsibility.”

Lammerant noted that looking at arms sales to Saudi Arabia and the UAE, which are the two major military players in Yemen, get their weapons from the UK, France and the US. Additionally, some spare parts of warplanes used in the war are manufactured in France, Spain and the UK, and the selling countries still playa role in maintaining these planes. The Saudi pilots have been trained in the UK, he added.

He concluded that the current form of the blockade violates the international humanitarian law.

There was a general agreement among the speakers that there is no military solution to the conflict in Yemen, and that only the Yemenis can reach a settlement in the ongoing conflict without international intervention.

The webinar is part of the Euro-Med Monitors’s efforts to highlight the ongoing conflict in Yemen, which in the last few days has claimed the lives of hundreds of Yemenis following the outbreak of fighting around M’arib. It is part of the Euro-Med Monitor’s work to expose parties in the conflict and put forward a plan to bring peace to Yemen which has been at war for years now.