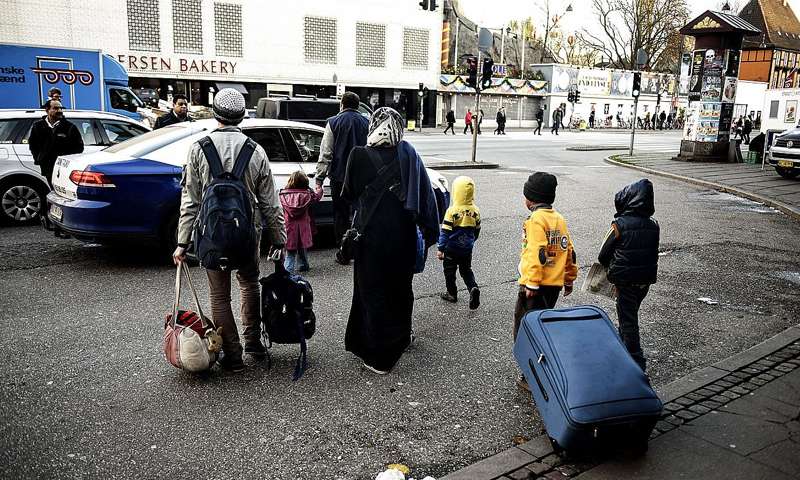 Geneva - A Member of the Danish Parliament and former Minister of Immigration and Integration, Inger Stojberg, has made some high-handed statements on her Facebook account calling all Syrian refugees to return to their country. The Danish authorities must put an end to the rising volume of xenophobic speeches.

Stojberg demanded hundreds of Syrian refugees to comply with the decision to deport them their country, stating that Syria is no longer dangerous.

The MP used condescending language when addressing the services Syrian refugees had received since their arrival. This included education, health, protection and other basic services. These rights that the state is obligated to provide are in accordance with the relevant international laws, most notably the 1951 Refugee Convention and the Charter of Fundamental Rights of the European Union.

“You have received Danish lessons, guidance and education,” Stojberg said whilst addressing the Syrian refugees. “We have entered into agreements and made new arrangements for you.”

“Now is the time for those of you who have had your residence permits revoked, to pack your things, travel home and begin rebuilding your own homeland. And alongside doing that, you are very welcome to send the Danes a big thank you for all the help you received when you needed it.”

Stojberg’s speech showed clear signs of contempt for the Syrian refugees. By repeatedly calling them to leave the country, Stojberg implied that the refugees were a burden and their presence was an inconvenience. “Denmark is not your motherland,” she added.

Chief of Programs and Communications at Euro-Med Monitor, Muhammad Shehada, said that “the MP’s speech is a shameless attack on the human dignity of refugees. It is also a despicable example of bullying a vulnerable group that sought refuge in Denmark to escape the devastating effects of war, and a build a safe and stable life.”

“The services provided by Denmark to the Syrian refugees should not be viewed as ‘privileges’ or ‘grants’, but rather obligatory rights guaranteed by the relevant international treaties; foremost of which is the 1951 Convention Relating to the Status of Refugees that Denmark signed.” Shehada added, “The convention stipulated that refugees should be granted their basic rights and should not be returned to a country where there is a fear of prosecution.”

Stojberg served as Minister of Immigration and Integration in Denmark from June 2015 to June 2019. Supported by right-wing, anti-refugee and immigrant parties, she worked towards introducing strict legal amendments that targeted refugees, particularly Syrians.

In February 2021, the Danish parliament referred Stojberg to trial for violating the European Convention on Human Rights, after she gave instructions in 2016 to separate spouses coming to Denmark, especially Syrians, and if they found that one was under 18 at the time of marriage.

Stojberg is scheduled to appear after the next summer vacation before a special national court for ministers and politicians on several charges, including the separation of refugees from their spouses without individual examination of each case.

Last March, Denmark revoked the residence permits of 94 Syrian refugees after reviewing the permits of about 900 migrants. This decision was based on a conclusion made in December 2019 that considered the governorate of Damascus not dangerous enough to grant international protection to the people fleeing from it.

Euro-Med Monitor had called on the Danish authorities to reconsider their decision to return Syrian refugees, since the UN made clear assurances that the country is still witnessing war atrocities and crimes against humanity.

There has been no changes to the circumstances in and around Damascus to justify the loss of international protection for refugees. A critical issue is whether refugees can re-avail themselves of the protection from the country of origin and its primary duty bearers, as enshrined in the 1951 Refugee Convention.

In March 2021, an international commission of inquiry confirmed that protection could not be made available, as the government and other warring parties are neither will nor able to hold the perpetrators accountable in a manner consistent with international standards.

The Danish government should take resolute measures to put an end to escalating hate speeches against refugees, ensure that its leaders respect human rights and confront every manifestation or discourse that feeds hatred and violence towards migrants and vulnerable groups in the country.

The authorities should also reconsider the decision to deport Syrian refugees, and recognize that Syria is far from being a safe place for its citizens to return.