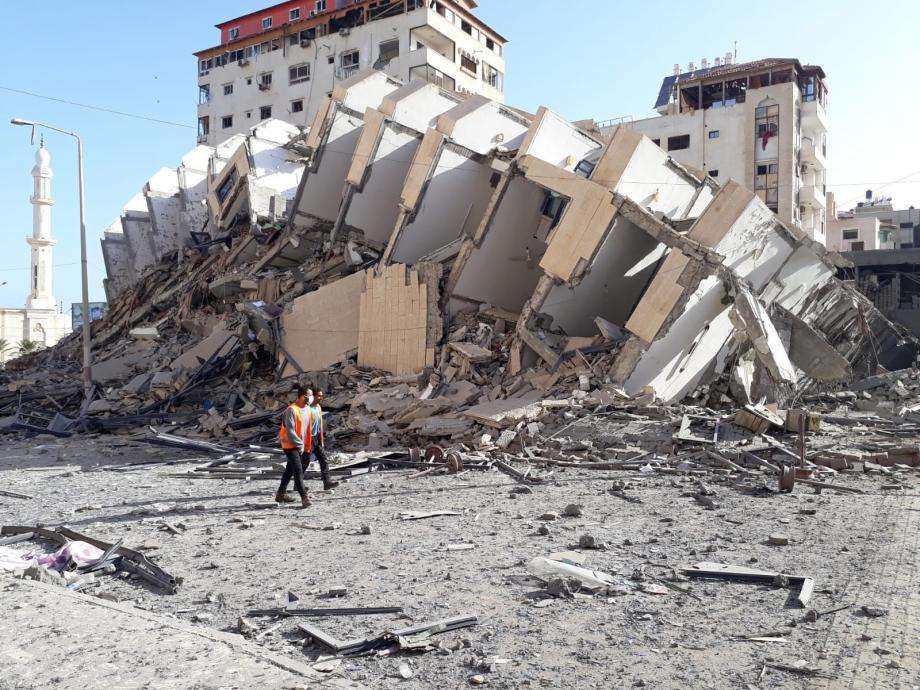 Geneva - The Euro-Mediterranean Human Rights Monitor called for intervening and ending the violent Israeli attacks on the Gaza Strip in an urgent letter sent to the foreign ministers of the European Union countries, the European Commission and European Parliamentary Committees.

In the letter, the Geneva-based Euro-Med Monitor expressed its deep concern with the ongoing violent attack on the Gaza Strip, which has led to the death of dozens of civilians, including women and children. Euro-Med Monitor called on all parties to work on a comprehensive treatment of violations, provocations and abuses. That made the escalation in Gaza and the rest of the Palestinian territories possible.

Euro-Med Monitor stressed that the disappointing European position and contentment with verbal condemnations only, without taking adequate measures towards grave violations such as settlement activities, displacement in Jerusalem, provocation of the feelings of Palestinian worshipers and the continued siege of Gaza has led to an escalation of the situation on the ground, threatening a comprehensive explosion and more severe consequences.

The Euro-Med Monitor Chairman, Ramy Abdu, said in the letter to European officials that "the escalation is part of a repetitive cycle that is too familiar to observers and human rights organizations. It always begins with a restoration of an inherently destabilizing status quo that prioritizes calm and stability over progress towards ending Israeli violations against Palestinians."

Abdu explained that Israel launched an unprecedented and violent bombing campaign since the 2014 attack on the Gaza Strip. Today, Israel's attacks included high-rise residential towers in the heart of Gaza city, streets and infrastructure, to collectively punish the population.

Abdu stated that during the first three months of 2021, Israel witnessed the least violent period during the past three decades. There was no rocket-firing from the blockaded Gaza Strip and virtually no lone wolf attacks across the occupied West Bank and East Jerusalem. However, Israel's government under Benjamin Netanyahu failed to build on, incentivize or reward this stability and calm by, for instance, improving Palestinian lives under its occupation or ceasing violations of their rights. It instead saw as an opportunity to push the limits and squeeze Palestinians further into the corner.

Abdu emphasized that the international community's silence, including the indecisive and negatively idle position of the EU and its member states towards the ICC investigation into war crimes in the occupied territories, contributed to Israel's escalation of its violations of Palestinian rights without deterrence.

He said that the effects of the negative stance could be seen in forcing more Palestinians out of their homes in Sheikh Jarrah; building more settlements in Givat Hamatos and Har Homa that would effectively render a two-state solution more impossible; imposing restrictions on Muslim worshipers access to al-Aqsa mosque in Ramadan and installing barriers at the Damascus gate; or maintaining Gaza's suffocating blockade while the pandemic is ravaging it.

He stressed that the official Israeli escalation encouraged the extreme right-wing settlers in Israel to intensify their racist attacks on the Palestinians, their farms and properties throughout the West Bank and East Jerusalem, while the Israeli government did not take any action to put an end to these increasing attacks.

The Euro-Mediterranean Human Rights Monitor warned that such acts of deliberate targeting of civilian areas might amount to war crimes and crimes against humanity. If the international community does not intervene urgently, more of these grave crimes will likely be committed in Gaza.

Euro-Med Monitor stressed that stopping the escalation is crucial to preventing the loss of innocent lives and destruction. Still, at the same time, it warns that it is sufficient to restore the destabilizing situation that existed and that led to this escalation in the first place.

Euro-Med Monitor called on the European Union and its member states to comprehensively address the violations, provocations and abuses that rendered this escalation possible. The EU must undertake concrete actions, including taking a clear position supportive of the ICC investigation, to deter Israeli violations that otherwise threaten to exacerbate tensions and increasing the likelihood of more violence.