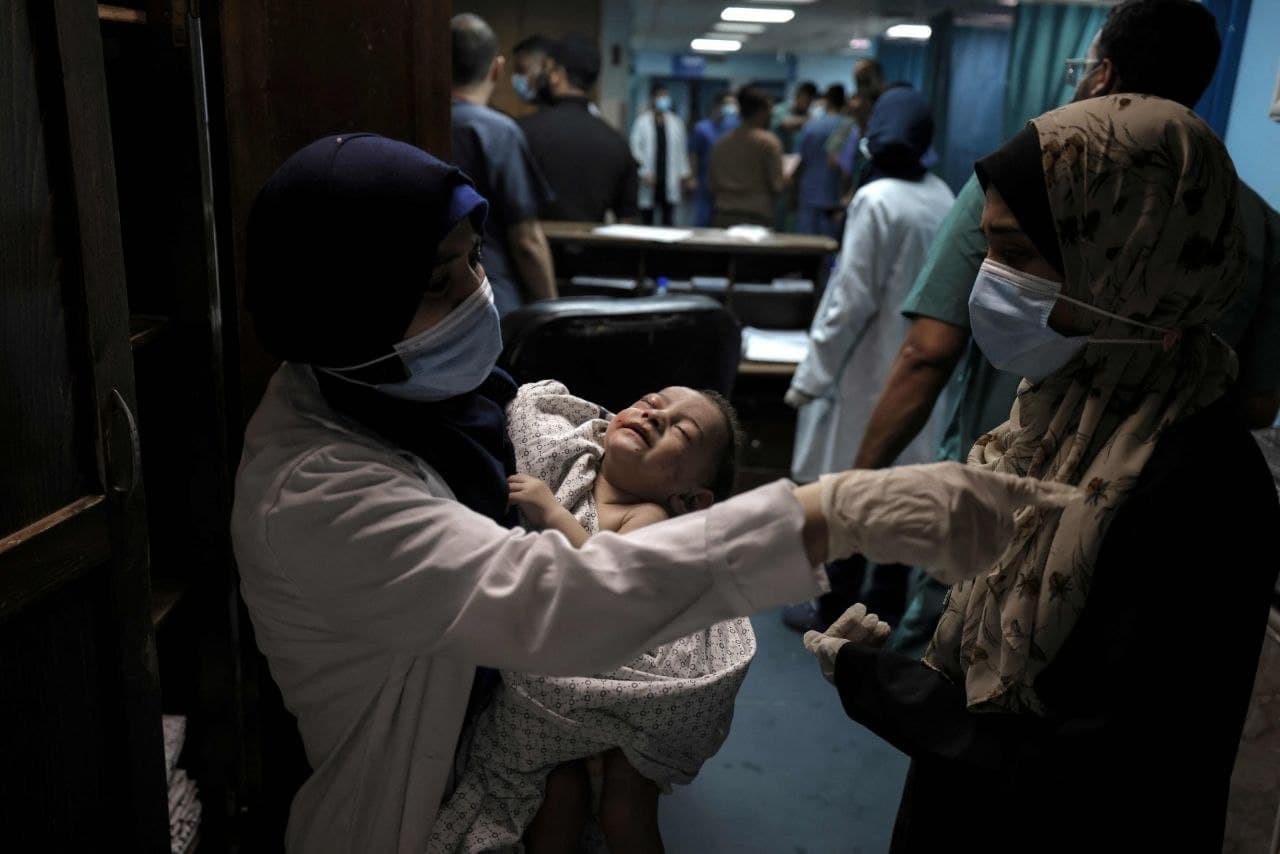 As the relentless Israeli airstrikes and the increasing number of cases continue, the need for urgent medical care has risen significantly  in the Gaza Strip. The health care system in the besieged enclave has never been more at risk of collapse until now , Euro-Mediterranean Human Rights Monitor, said today in a statement.

The Israeli military attack on the Gaza Strip has increased the pressure on the health system, already exhausted by the outbreak of the Coronavirus pandemic and previously during the Israeli blockade for nearly 15 years.

As of Saturday morning, hospitals in Gaza received more than 140 dead and about 1,000 wounded civilians due to the continuous Israeli raids since Monday. The vast number of injuries caused a large percentage of hospital beds to become occupied, mainly  available intensive care beds.

The continued influx of injured people coming into hospitals due to the bombing operations has increased the burdens placed on the medical staff and hospitals already suffering from a significant  lack of capabilities, medicines and medical supplies. According to the Ministry of Health in Gaza, the number of medical items hospitals completely ran out of at the end of last March reached 256, while the deficit in medical requirements rose to 33%.

The number of injuries is rapidly increasing; on the first day of the attacks  65 injuries were, now that number has reached more than 950 , an increase of about 15x in just five days.

The medical teams in the Gaza strip have been attrited since confronting the urgent situation of the Coronavirus outbreak over a year ago. The Israeli military attack has further increased the pressure on these teams by adding another state of emergency and forcing them to deal with the growing  injuries resulting from it.

The Coronavirus in Gaza has killed 980 people and infected more than 100,000 Palestinians there, 106 need medical care in hospitals, and 83 are critically ill in intensive care.

According to the current data, the medical system in the Gaza Strip cannot provide adequate health care considering the expected rise in injuries due to the continued Israeli raids. It will be difficult in the coming days to deal with these injuries, especially critical ones, never mind people suffering from chronic illnesses that have receiving regular health care before the Israeli attack.

At the start of the military attack, the Israeli authorities closed the Erez crossing in the northern Gaza Strip, which is the only designated way for people to move across the Gaza and Israel. This could threaten the lives of hundreds of patients who need to urgently travel to receive treatment outside the Strip.

This closure would impede the transfer of patients with injuries and serious illnesses to hospitals in the West Bank or Jerusalem, which is a complicated process even when the crossing is open, let alone if it were closed. The process requires medical transfers and a series of prior approvals from Israeli intelligence, which often uses this to blackmail patients and their families.

Moreover, the Israeli forces committed several violations in their continuous attacks that violate the right to health. On Tuesday, an Israeli aircraft bombed a land near the Indonesian hospital in the northern Gaza Strip, causing severe damage to the hospital. The Beit Hanoun Hospital was also damaged by a similar bombardment.

On the same day, Israeli warplanes bombed an empty land near the town of Beit Hanoun in the northern Gaza Strip, causing damage to an ambulance station belonging to the Palestine Red Crescent Society with a single missile. A local care center dedicated to maternal and child health services and children's vaccinations was also irreparably damaged. The Ministry of Health announced that it can no longer operate.

The systematic destruction of the main streets and roads targeted by the Israeli aircraft with dozens of raids impedes the movement of ambulances. This was evident in the northern Gaza Strip, where it took several hours for ambulances to transport the wounded victims due to  the indiscriminate bombing and destruction of roads.

Power cuts in Gaza, whether due to the destruction of the electricity network or lack of fuel, also put additional risks on the health system, especially for patients in hospitals or homes who need medical devices linked to electricity.