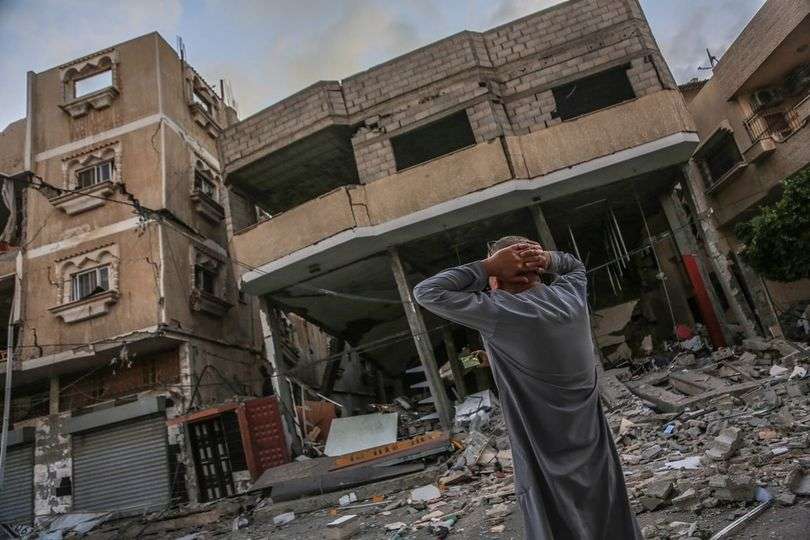 Geneva - Euro-Mediterranean Human Rights Monitor sent an urgent memorandum to the European Union’s foreign ministers on Sunday evening before their meeting to discuss the situation in the Gaza Strip tomorrow. The organization called on the EU countries to pressure Israel to stop its violent and disproportionate attacks on the Strip.

In the memorandum, Euro-Med Monitor’s chairman, Ramy Abdu, reviewed the latest Israeli violations during the military attack on the Gaza Strip, which has so far killed about 200 Palestinians and injured more than 1,500 others.

Abdu said the Israeli Air Force had committed, during the past two days, organized mass killings that led to the killing of about 80 civilians, including entire families, killed by the direct bombardment of their homes. In addition, there was severe destruction to the infrastructure in the Strip, deliberately preventing civil defense teams and ambulances from reaching hospitals.

He referred to the incident where the Al-Kulk and Abu Al-Awf families in Al-Rimal area were targeted and the targeting of the Abu Hatab family in Al-Shati camp, west of Gaza City. The bombs resulted in killing most of these families, the majority of whom were women and children.

The Israeli warplanes raided the houses without warning, causing severe loss of human life and there are still missing people under the rubble, who rescue teams are working to recover, he said.

Israel's targeting of civilians is not random or arbitrary but rather a deliberate representation of their policy to collectively punish Palestinians. It has practiced this policy against the residents of the Gaza Strip for nearly 15 years, represented by imposing a strict land, air and sea blockade on the Strip.

The urgent memorandum included testimonies collected by Euro-Med Monitor from victims of the Israeli raids on civilian facilities and homes and reviewed the details of their targeting without any warning.

The international community’s passive stance towards the Israeli violations encourages Israel to continue committing them, and leads to the loss of more Palestinian civilians.