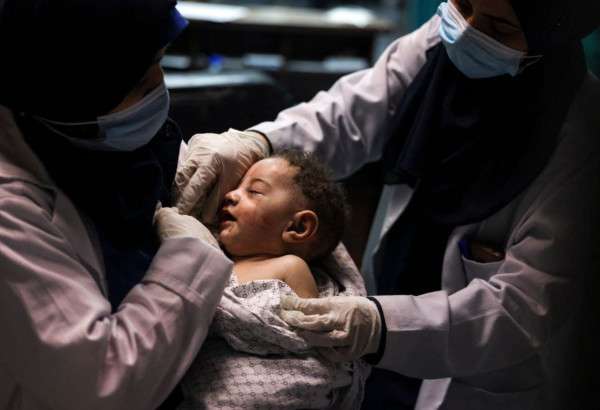 Geneva – The Israeli forces has killed and maimed many Palestinians in deliberate targeting of unprotected homes with families inside in inhumane military operations, Euro-Mediterranean Human Rights Monitor said.

Since the beginning of the current Israeli bombing blitz, the Israeli forces targeted 19 families: thirteen homes of families were bombed and destroyed with families being inside; two civil gatherings of family members were targeted; a man and his wife were stuck inside their car; and a man and his son were targeted in an agricultural land.

So far, the reported incidents have left 53 Palestinians killed, including 20 children and 14 women.

The victims include husbands and wives, mothers and siblings. Three mothers were also reportedly killed along with their three or four children.

The home was completely destroyed without prior notice. Abu Hatab's family was killed including his wife, their four children, his sister and her three children who fled their home due to the heavy bombing in east Gaza. Another child remains missing, only a five-month-old infant has survived the deadly attack.

An Israeli army spokesman has admitted that the incident details are "under examination," claiming that the air raid was targeting an apartment they believed several senior Hamas leaders resided.

The Israeli army’s statements confirm its total disregard for civilian lives. The incident “under examination” should be taken seriously and treated as a massacre since at least nine civilians were unjustly killed.

The attack was not an isolated incident but another example of Israeli’s systematic policy that we have witnessed over the past six days.

The reported attacks are part of hundreds of Israeli air raids that destroyed 719 residential units and partially destroyed at least 4,000 homes and facilities.

Israel continues its systematic policy, which targets  residential buildings and densely populated neighborhoods. The Israeli government disregards the international humanitarian laws and takes advantage of the international community's failure to hold it accountable for its violations.

The international community's silence and the European Union’s negative position towards the ICC's investigation into the war crimes carried out in the occupied territories gave Israel the green light to continue with its  escalated violations against Palestinians.

All acting powers should work to end Israeli’s aggressive offensive on the people of Gaza and  act immediately to stop the military operations that are claiming  more civilian lives every hour.

The ICC should monitor the ongoing Israeli violations in the Gaza Strip, include them in their recent investigations into Israel’s  previous violations, and hold Israeli leaders and soldiers accountable.