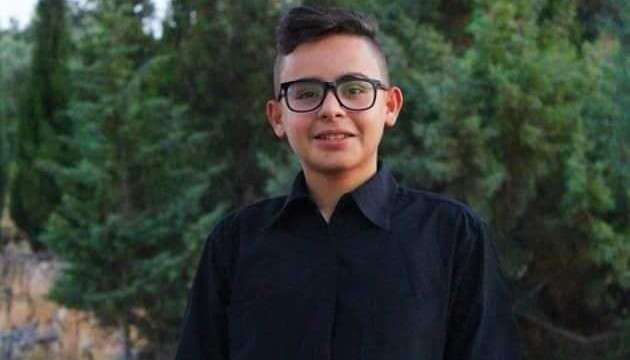 Geneva - The Euro-Mediterranean Human Rights Monitor condemns the arrest of "Amir Taha Muhammad Abu Sharar", a child from Hebron in the southern West Bank, by the Palestinian Preventive Security Service. The Palestinian Security Service forced him to deactivate his Facebook account in a double violation that includes the arbitrary detention and intimidation of a minor and deprivation of freedom of opinion and expression.

According to a complaint received by Euro-Med Monitor, militants from the Preventive Security Service headed yesterday morning (Wednesday, 16 June), to the home of "Amir Abu Sharar" (16 years), in Afqish village, southwest of Dura in Hebron. They informed his family of his arrest under the pretext of publishing a post on Facebook during the Israeli military attack on Gaza and then claimed there was a written report against him.

Because "Abu Sharar" was not at home but in a workshop where he was training in car mechanics, the security forces went to his work, arrested him, and then took him to one of its security headquarters. According to his family, the child "Abu Sharar" suffers from diabetes. Under coercion and threats, the security forces forced Amir to deactivate his Facebook account and released him several hours later with an undertaking not to activate his account nor post on social media platforms.

The Euro-Med Monitor deplores the Palestinian Security Services for arresting and intimidating the child, taking him from his workplace to a security headquarter, and then forcing him to deactivate his Facebook account. Euro-Med stresses that the persecution of children for their opinions is serious delinquency in the behavior of the Palestinian security services and a dedication to the policy of silencing mouths.

The Euro-Med Monitor confirmed that it monitored an escalation in arrests and summonses based on political affiliation or expression of opinion since the cessation of the Israeli operation on the Gaza Strip, which affected at least 60 people in less than a month, including torture and abuse of detainees in Jericho Prison.

Euro-Med also highlighted that most of the charges against the detainees are based on the Cybercrime Law, which constitutes a violation of the Palestinian Authority's obligations to relevant human rights treaties, especially the International Covenant on Civil and Political Rights. In addition, most of the charges brought against the accused are vague and political such as inciting sectarian strife or offending and defaming high rank.

The Euro-Mediterranean Human Rights Monitor calls on the Palestinian government to undertake immediate actions to ensure the prevention of abuse practiced by the security services, stop arrests on political grounds or for expressing opinions, back down from pressures and threats against individuals, allow civilians to exercise their right to expression and hold those responsible for violations against children accountable.