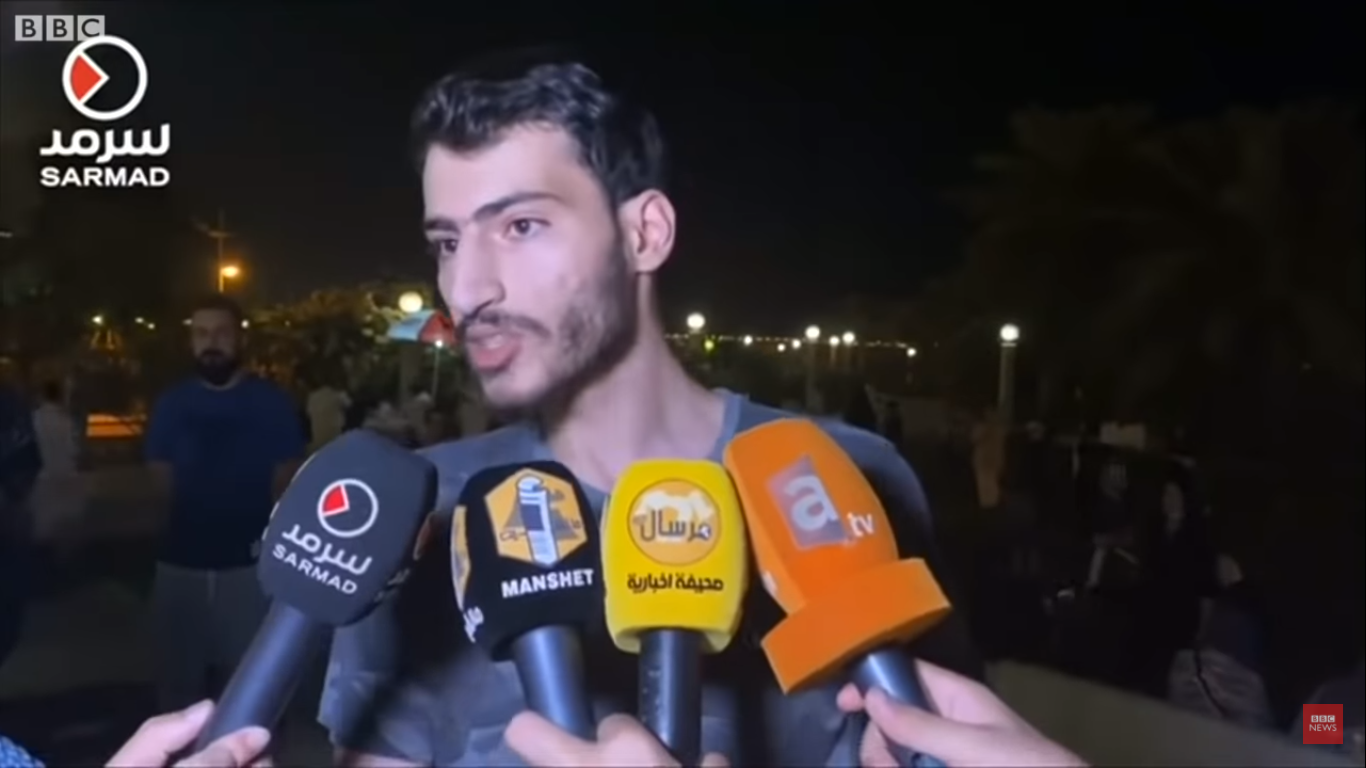 Geneva – The Kuwaiti authorities have deported a Jordanian expatriate for participating in a sit-in organized by Kuwaiti citizens protesting government’s decision to force citizens and residents to get vaccinated, Euro-Mediterranean Human Rights Monitor, said today in a statement today.

Abdullah Muhammad Jebara, 25, a Jordanian citizen residing in Kuwait, participated in the sit-in in Al-Irada Square in the capital, Kuwait, on June 20, after the cabinet decided to impose restrictions on the movement of people who have not received COVID-19 vaccine. Whereby, unvaccinated persons cannot travel or enter public places and gatherings, such as restaurants, clubs, shopping malls, etc.

Jebara protested against these restrictions, especially forcing people residing in the country to present a vaccination certificate in order to be in public places.

During the sit-in, he said in an interview: “How can a free person allow having his movement controlled or being prevented from entering any public place without presenting a certificate of being vaccinated?”

“We have had difficult experiences and wars, but we have never seen anything like this before. It is strange and unacceptable discrimination between people,” he said.

After his words, the Kuwaiti authorities issued a decision to deport Jebara to Jordan on July 4, under instructions by the Kuwaiti Minister of Interior, Thamer Al-Ali, to deport any expat who practices any behavior that affects the public interest, security and morals.

The Minister’s instructions include “the arrest and the immediate removal of any [foreign] resident who participated in gatherings in Al-Irada Square or any other place and interfered in the internal affairs of Kuwait”.

This incident sheds the light on the seriousness of Kuwaiti authorities’ discriminatory policies regarding foreigners who are prevented from exercising their simple human rights, most notably the right of freedom of opinion and expression, especially in terms of the policies that affect them as residents on Kuwaiti lands.

The deportation of Jabra tells much about the gap between the Kuwaiti official policies and humanitarian standards with regard to the treatment of expatriates. The state does not allow residents to exercise basic rights such as expression of opinion, and impose harsh penalties, that may amount to deportation.

According to a circulating statement, Euro-Med Monitor seen, Jebara’s father said: "Abdullah was passing by the sit-in and did not intend to participate in it,” and that his son did not plan to speak to the media, and “his statements did not offend anyone”.

“He only intended to talk about the vaccination in general which happens in most countries of the world,” Jabra’s father said.

Last year and the first third of this year, 472,000 migrant workers left Kuwait, due to the pandemic-related closure measures and economic contraction, according to the Kuwaiti Statistics Department data.

The Kuwaiti authorities are obligated to implement the articles of the local constitution without any discrimination, in which, Article 36 states that “Freedom of opinion and scientific research is guaranteed. Subject to the conditions and stipulations specified by Law, every person shall have the right to express his opinion by speaking or writing or otherwise."

The Kuwaiti authorities must reverse the decision to deport Jebara, stop deportation decisions against expats over opinion and expression and abandon the discriminatory decisions that prevent residents from exercising a set of their basic rights.

The Kuwaiti authorities must also reconsider the policy of deportation of expatriates, which often lack due oversight by the judicial authorities, and ensure that human rights standards are observed in cases involving expatriates, including placing humanitarian necessity ahead of punishment and deportation.