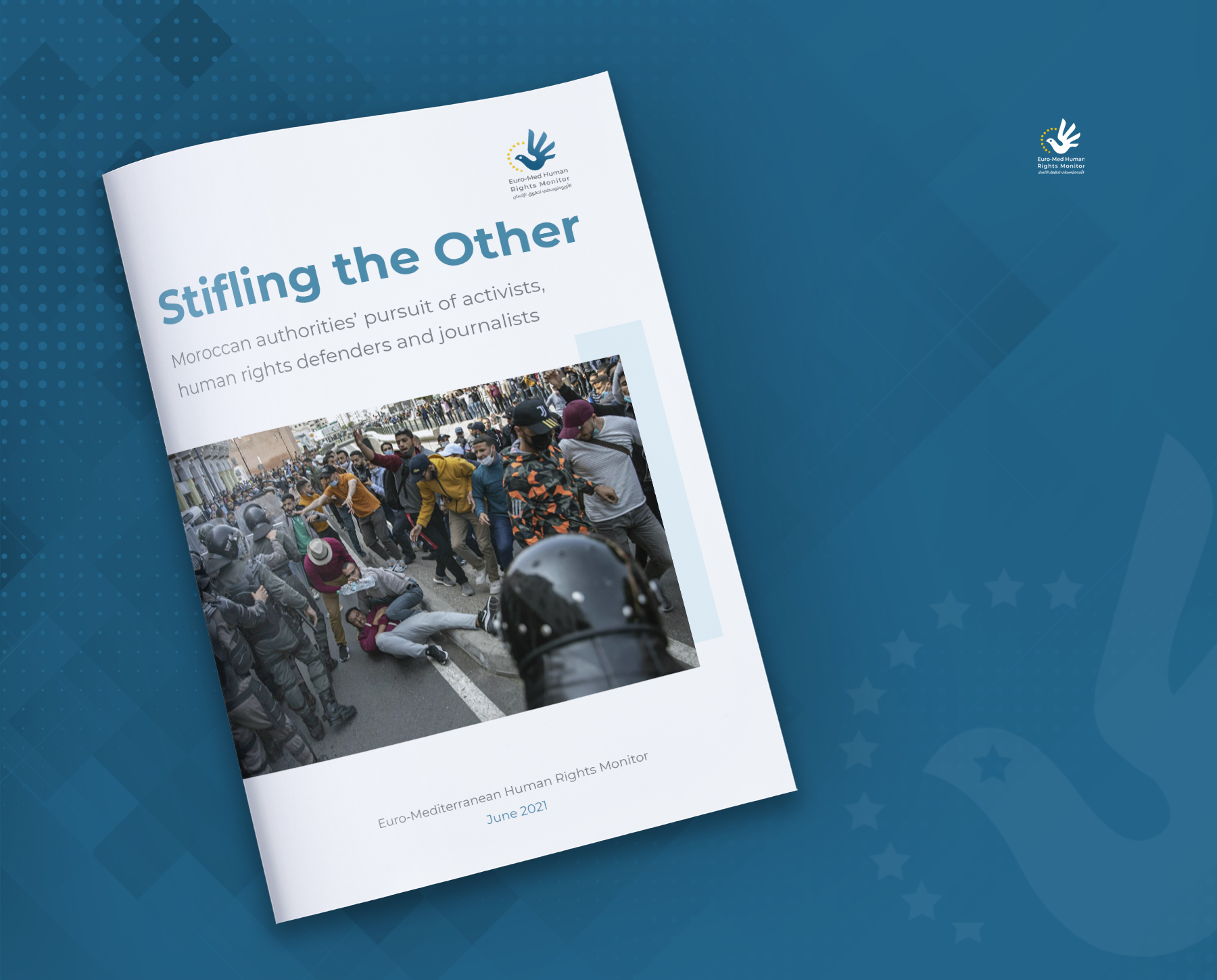 Geneva - The Moroccan authorities have been severely restricting freedom of opinion and expression in the country and using illegal methods to detain, prosecute and defame activists and journalists for years , Euro-Mediterranean Human Rights Monitor said in a report.

The Moroccan authorities are still detaining or prosecuting 21 journalists and civil and human rights activists for expressing their opinions through the media or social networks, the report said.

The report reviewed the authorities’ pressures, especially the judicial pressures, to silence the media and civil activists. The authorities prosecuted many and sentenced some of them to harsh sentences that left them in prison until this moment.

The absence of sufficient constitutional and legal guarantees to protect the basic right to freedom of opinion and expression and journalistic work has led to the exacerbation of governmental violations and abuses.

The report was based on testimonies of 15 Moroccan journalists and activists or their families, who were subjected to persecution, detention or defamation for their journalistic and political activities, and their expression of their views on several issues in Morocco.

Slanderous media materials comes often in the form of obscene insults or private information about the victim, such as bank or property documents, private emails, allegations of sexual relations and more.

Morocco was ranked the 136th out of 180 countries in the World Press Freedom Index issued by Reporters Without Borders for 2021. This reflects the significant violations and restrictive practices pursued by the Moroccan authorities against journalists and media outlets in the country, the report said.

The report pointed out that despite the Moroccan Parliament’s adopting Law No. 88.13 in 2016 on press and publication, which is the first press law in Morocco that does not include prison sentences as punishments for peaceful expression, the authorities still prosecute those accused of peaceful expression cases with provisions that include penalties of imprisonment according to the Panel Code rather than Law No. 88.13 which is the applicable law in these cases.

"The Moroccan authorities’ practices to undermine the right to freedom of opinion and expression involve a number of violations that are prohibited by both Moroccan domestic laws and relevant international laws and conventions”, said Tariq Hajjar, a legal advisor at Euro-Med Monitor.

The Moroccan constitution of 2011 included a set of articles that guarantee the freedom of opinion and expression, such as Articles 25 and 28 which state that “The freedoms of thought, of opinion and of expression under all their forms[,] are guaranteed” and they “may not be limited by any form of prior censure,” Hajjar further stated.

Article 19 of the International Covenant on Civil and Political Rights, which Morocco has ratified, stipulates that “Everyone has the right to freedom of opinion and expression; this right includes freedom to hold opinions without interference and to seek, receive and impart information and ideas through any media and regardless of frontiers.”

The report recommended that the Moroccan authorities release all those detained for expressing opinion, and stop the policy of prosecuting and detaining activists and journalists and restricting their legitimate work.

The Moroccan judiciary should play its part in protecting the freedom of press and peaceful activities from prosecution, arbitrary detention, and smear campaigns.