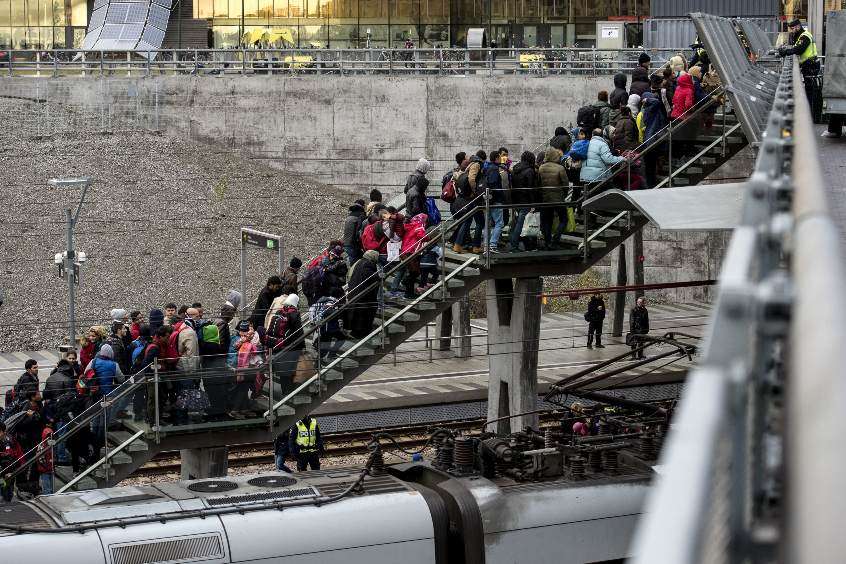 Sweden’s most recent immigration law to make obtaining permanent residency harder for refugees will crucially undermine their ability to integrate in society, seek stable work or establish a normal life while they live in uncertainty with their residency status periodically threatened, Euro-Med Human Rights Monitor said in a statement today.

The Swedish Parliament has recently enacted new legislation that would further tighten immigration laws to hamper the possibility of refugees becoming permanent residents and feel part of Swedish society, as their status and need of protection will be periodically tested and their stability regularly threatened.

The new legislation was approved by the Swedish parliament last month and has been applied on 20 July onwards, replacing the temporary legislation introduced five years ago to reduce the unprecedented number of asylum requests at the time. The law, which was put forward by the Social Democrat-Green government in late April, makes refugees’ residence permits time-limited, like under the temporary law of 2016, rather than permanent as they were before, since 1984.

The temporary residence permits granted to refugees will be valid for three years, unless “compelling considerations of national security or public order require a shorter period of validity”, and each subsequent new permit will be temporary as well and valid for two years.

People who hold a subsidiary protection - meaning they are at risk of torture, death penalty or other serious and individual threats in their country of origin – as well as people “on exceptionally distressing circumstances” will receive a residence permit valid for 13 months only. A little more than one year despite their high vulnerability and their consequent deep need of protection.

According to the new rules, the residence permit will be renewed only if the refugee’s circumstances have remained unchanged, but this seems far from being legally certain, transparent and predictable. It has already occurred in EU that Member States considered certain countries of origin “safe” despite clear evidence they were not. For instance Denmark with Syria or Sweden itself with Afghanistan – until recently.

The changes will affect not only the refugees but also all other non-EU internationals who live in Sweden on a work, student or family visa and seek to stay permanently. Swedish language and civic knowledge requirements will be introduced in a separate and still unclear process, as well as proof of minimal financial support for the person and any accompanying family members. For instance, under the new law, it will be denied the possibility of family reunification if the sponsor is not able to support also the family member or if he/she does not have “a home of an adequate size” in Sweden.

A Migration Committee with representatives from each party was set up last year to develop, according to the government, a “humane, legally secure and effective” framework for migration. Yet with these tightening immigration rules Sweden is placing itself “at the EU's lowest level in migration policy”, especially when considering that temporary residence permits will be issued also to children and people in particularly distressing circumstances.

“The decision on temporary permits will spark uncertainty, fear and insecurity among the refugees living in Sweden and will impose additional pressure and obstacles to the wellbeing and integration of people already in vulnerable situations” said Michela Pugliese, Migration Researcher at the Euro-Med Human Rights Monitor, “Every two years all refugees will have to undergo a distressing re-assessment of their condition and of their life . It is difficult to feel and become part of Swedish society, to study, work and develop ties peacefully, if your life there is literally running out of time”.

Euro-Med Human Rights Monitor calls on Sweden to respect, protect and fulfil the right to seek and enjoy asylum; to ensure that the implementation of the new legislation considers its practical implications and its damaging outcomes, particularly on children and all people in vulnerable situations; and to refrain from imposing unduly bureaucratic procedures that force migrants to live in a state of uncertainty, unpredictability and fear.