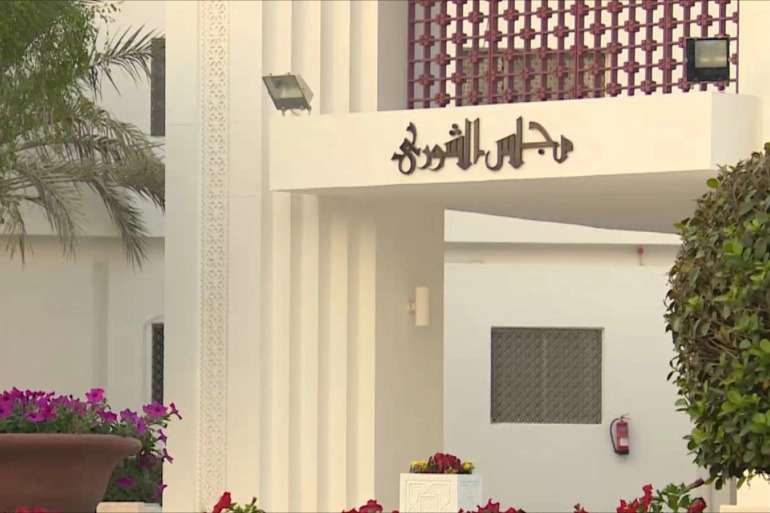 Geneva - The Qatari authorities' referral of seven citizens to the Public Prosecution Office on charges of "inciting racial and tribal strife" due to their criticism of the terms related to the Qatari Advisory Council elections scheduled for next October raises great concern about the seriousness of the country’s claims of democratic openness, Euro-Mediterranean Human Rights Monitor said in a statement on Thursday.

The Qatari Ministry of Interior referred seven people, including the lawyer, Hazza bin Ali Al-Marri to the Public Prosecution for investigation after they expressed, through social media platforms, their rejection of the Consultative Assembly of Qatar elections law, which prohibits naturalized Qataris of non-Qatari origin from running for elections.

Last Sunday, the Ministry of Interior announced through its Twitter account that the seven people had been referred to the appropriate authorities and that it "will not tolerate taking legal measures against anyone who adopts a racist discourse aimed at threatening the security, stability and peace of society."

It also called on users of social media platforms not to "offend any component of society on tribal or racial grounds."

Qatar's holding the Consultative Assembly elections for the first time is a positive step and paves the way for the start of a new phase of change, pluralism and democratic openness, but it should ensure equal opportunities for all Qataris.

Lawyer "A-Marri" – one of the detainees – appeared in a video he posted on Twitter, talking about his rejection of the election law because it prevents him and his tribe from running for elections. He directed his and his tribe’s message to the Emir of Qatar, Tamim bin Hamad Al Thani of their rejection of the new election law, and any decisions related to it, even if this led to their imprisonment.

Euro-Med Monitor viewed a video showing the arrest of Al-Marri on August 10, two days after the video was published. In it, Qatari security forces belonging to the Criminal Investigation Department appeared in civilian clothes taking Al-Marri in a white vehicle, while a crowd of Al-Murra tribe tried to prevent the arrest.

At the time of his arrest, Al-Marri wrote on Twitter: "The criminal investigation is in my office now. They want me to go with them, and I will go, with a fortress in God first, the sons of the Al-Murra tribe, the citizens of Qatar, as well as the constitution and the law."

The new election law, which was ratified by the Emir of Qatar on July 29, divides Qatari citizens regarding the election and candidacy into three classes. The first class is those who are original Qataris, and they are entitled to run for office and to vote in elections. The second class is the naturalized Qataris who were born in Qatar and whose grandfathers are Qataris, and they have the right to vote but cannot run for office. The third class is the naturalized Qataris who are not entitled to vote or run for office.

The new electoral law stipulates that “everyone whose original nationality was Qatari shall have the right to elect members of the Consultative Assembly, granted he/she is 18 years old, and anyone who has acquired Qatari citizenship is excluded from the condition of original nationality, provided that his grandfather is Qatari and born in the State of Qatar.

As for the candidates, each one of them must be an “original Qatari national, and his age at the closing of the candidacy door must not be less than 30 years old.”

Referring Qatari citizens to the Public Prosecution for mere peaceful criticism of the new election law may affect the positive image depicted by the signs of democratic openness.

Dividing citizens into classes, and denying the second class, especially naturalized Qataris and of Qatari origin, their right to run for candidacy represents an infringement on the rights of these citizens and employs the law to deprive them of exercising their inherent rights.

The Qatari authorities should immediately release the detainees and respect the rights of individuals to express their opinion and their right to peaceful assembly.

The Qatari authorities should also review the texts of the new election law, and work to amend it in a way that preserves equal candidacy and election rights for all Qataris keeping in line with Qatar's relevant domestic and international obligations.