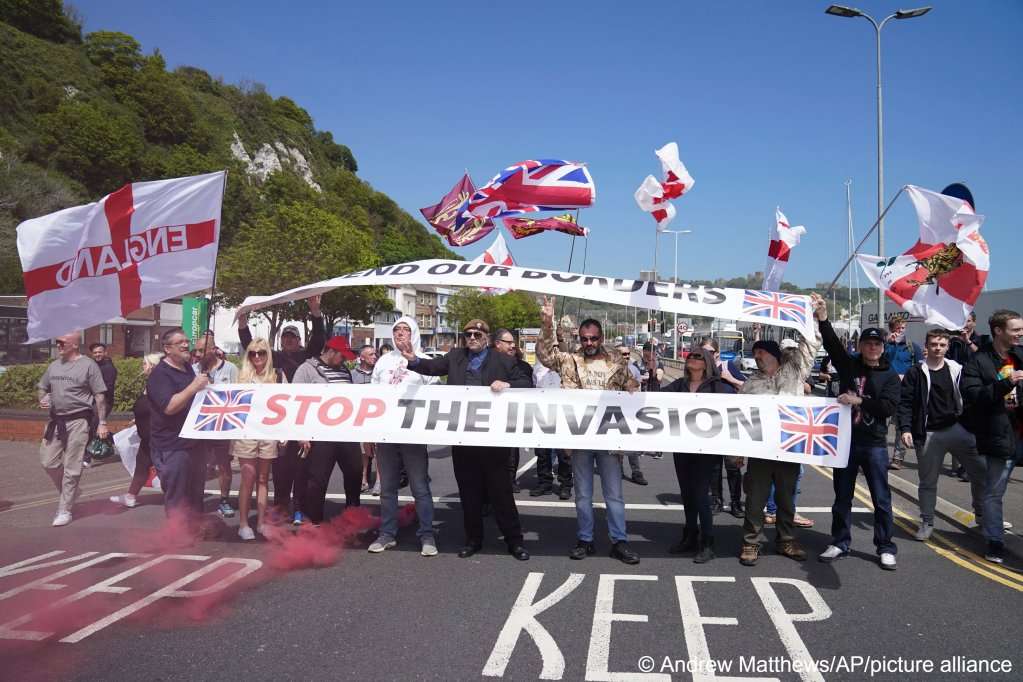 As racist attacks on asylum seekers in the United Kingdom are witnessing a sharp increase, the UK government's pervasive anti-immigrant rhetoric is extremely dangerous and may exacerbate, ignite, or increase such condemnable violence and prevarication against already vulnerable groups, Euro-Med Human Rights Monitor said in a statement today. The UK government must immediately change its messaging vis-à-vis asylum seekers and exert sufficient efforts to put an end to such racist attacks.

Since 2020, asylum seekers ghettoized in barracks and other state-provided accommodation in the UK have been victims of at least 70 racist incidents – with multiple sources suggesting that the real figure is far higher.

Data covering the period from 1 January 2020 until 13 July 2021 presented a list of disturbing episodes occurred in hotels, barracks and similar state-funded accommodation hosting asylum seekers, including rape threats and verbal and physical abuses, such as stones and bottles being thrown, fireworks shot through the gate, eggings and an attempt to ram a refugee with a car.

Last year, supporters of the fringe far-right group Britain First entered hotels used by the Home Office to accommodate asylum seekers and started banging on bedroom doors and intimidating asylum seekers. A spokesperson for West Mercia police said about the incident that “the individuals had left the premises prior to police arrival and no criminal offences have been reported.”

The safety of asylum seekers in UK seems to have worsened this year, as the number of racist incidents recorded in state-provided accommodations has tripled, rising from 13 across all of 2020 to 40 so far in 2021. Meanwhile, the use of hotels and military barracks as institutional accommodation increased sharply since March 2020, after the start of the Covid-19 pandemic.

Several incidents occurred in the Napier barracks, ruled “inadequate and unsafe” by the UK High Court on June 3. Four incidents were reported there to the Home Office between September and December of the year 2020 and 12 in 2021, even if campaigners supporting asylum seekers in such accommodation say the figure is a significant underestimation of the reality.

One man from Yemen reported two incidents involving far-right protesters at his Home Office-provided hotel residence near London. “They were driving around the hotel recording us on video”, he said. “They were insulting us, swearing at us and screaming things like ‘go out from our country, why are you eating our food, go away from us, you are strangers here’. We were too scared to go outside the hotel and felt like it was a prison we had to stay inside.” He added: “We fled countries where there is a lot of torture and persecution and felt safe when we arrived here. But when we saw this kind of racist attack, we felt we were not protected.”

“When people fleeing atrocities and seeking protection do not feel safe in the host country, the government certainly bears most of the blame. Disregarding these episodes or treating them as 70 individualized incidents rather than a disturbing systematic racist pattern ignores the pervasive role of the government’s anti-immigrant propaganda, fuels further discrimination against asylum seekers and normalizes violence against migrants” said Michela Pugliese, Migration Researcher at the Euro-Med Monitor, "When you speak of migrants as troublesome invaders, when you call them “illegal”, when you lock them in barracks behind barbed wire and high fences as prisoners, it is likely that many people do not empathize with them, that some dehumanize them and that certainly some may even feel legitimated to hurt them."

One of the witness statements from legal challenges submitted by asylum seekers recalled that some ultranationalists asked to buy pigeon scarers in a farm shop to mimic the sound of gun fire and frighten the asylum seekers hosted in the area. Again just a few days ago, on August 7, Britain First uploaded a video declaring that a number of its members had impersonated journalists to target and scare asylum seekers at hotels in the city of Hull.

A Home Office spokesperson said: “It is unacceptable for anyone in asylum accommodation to experience hostile or racist incidents and we ensure each incident is thoroughly investigated. We work closely with a range of organisations to ensure immediate support and assistance is provided to people living in the accommodation and if needed escalate to law enforcement.” Yet this approach waits for the problem to arise, for a person or group to be harmed or frightened, before intervening, instead of preventing the episode from occurring at all.

To begin with, abandoned, run-down and detention-like barracks are completely unsuitable for long-term accommodation and should be avoided, especially for victims of torture, armed conflicts or trafficking. The decision to host asylum seekers in similar conditions is politically motivated – by a government that insists on putting migrants’ lives in danger to discourage their arrival or their willingness to remain.

Euro-Med Human Rights Monitor calls on the UK Government to stop playing politics with lives and stop forcing vulnerable people to live in squalid and prison-like conditions that fuels estrangement, hostility, violence and racism; and to house all asylum seekers in safe and healthy homes within the community to encourage their integration, guarantee their physical and psychological wellbeing and prevent such racist abuses from occurring.