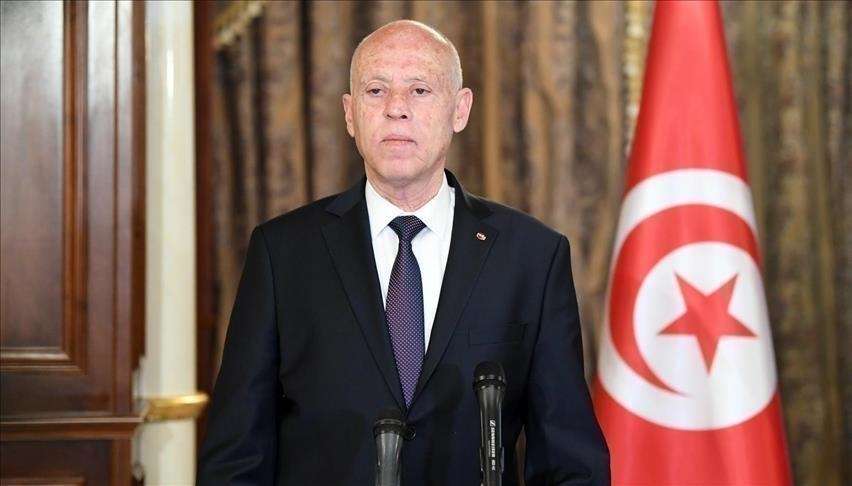 Several Tunisian judges were prevented from traveling while others were placed under house arrest in application of the “S17” border measure, without appropriate judicial decisions.

The Minister of Interior, Rida Gharslawi, issued a decision on August 5 to place Al-Bashir Al-Akrimi, the former republic's attorney for the First Instance Court in the capital, and Al-Tayeb Rashid, the first president of the Court of Appeal, under house arrest on charges of corruption and collusion with terrorism.

The minister also banned several judges from traveling, including Judge Iman Al-Obaidi, advisor in the criminal department of the Karmbalia Court of First Instance, who was prevented from traveling while on her way to Turkey.

Al-Akrimi was charged with complicity with terrorism and covering up thousands of files related to terrorism, including files related to the events of Sousse and Bardo and the assassination of MPs, Mohamed Brahmi and Shukri Baleid.

Rashed was accused of corruption with claims that he collected a huge fortune using illegal methods.

As for Al-Obaidi, she is accused of releasing a number of suspects in the case of the bombing of the presidential security bus.

“M.N.,” who witnessed preventing Judge Iman Al-Obeidi from traveling, told Euro-Med Monitor: “On August 6, Judge Al-Obeidi went to Tunis-Carthage Airport to travel to Turkey. While she was carrying out the travel procedures, the border police asked her to wait until the result of the border consultation S17 arrived. After about an hour, the border police informed Judge Al-Obeidi that she was prohibited from traveling outside the country because a border measure was issued against her.”

The Minister’s decisions against judges enjoying judicial immunity came without prior approval from the Supreme Judicial Council. The latter should be informed in advance when judges are accused of charges relating to public security and order and whether these charges necessitate taking these measures against them.

The main law regulating travel documents issued on May 14, 1975, allows the Minister of Interior to prevent a person from traveling if two conditions are met. First, if the traveler commits acts that constitute a threat to public order and security. The Minister of Interior must first obtain an order from the President of the Court of First Instance and specify the duration of the ban. Second, when the person is caught in flagrante delicto or in a state of emergency.

In this case, only the Public Prosecution Office may impose a travel ban on a person for a period of up to 15 days. However, this was not the case with the judges against whom the decisions were issued.

On August 9, 45 judges issued a statement condemning what they called arbitrary and illegal decisions against judges and considered that subjecting judges to the S17 border measure is a serious development in the executive authority’s dealings with the judiciary. They said that the measure threatens the rights of judges to movement and travel in the absence of a judicial procedure to prevent them from doing so.

The S17 border measure is aimed at restricting freedom of movement and travel and stipulates that the traveler must inform the executive authority that he intends to leave the country, who in turn makes the decision to allow or restrict him.

Since Tunisian President Kais Saied announced the implementation of exceptional measures and the application of Article 80 of the constitution on July 25, fears have grown about the possibility of the executive authority taking over the judiciary, especially after Saied's decisions were to freeze the work of the legislative authority in the country.

The decisions and actions taken by the executive authority clearly and explicitly violate Article 49 of the Tunisian Constitution of 2014, which states that, “The limitations that can be imposed on the exercise of the rights and freedoms guaranteed in this Constitution will be established by law, without compromising their essence. Any such limitations can only be put in place for reasons necessary to a civil and democratic state and with the aim of protecting the rights of others, or based on the requirements of public order, national defense, public health or public morals, and provided there is proportionality between these restrictions and the objective sought. Judicial authorities ensure that rights and freedoms are protected from all violations. No amendment may undermine the human rights and freedoms guaranteed in this Constitution.”

The executive authority explicitly violated this Article by issuing decisions that restrict the rights and freedoms enjoyed by an independent authority (the judiciary) without informing the Supreme Council responsible for this authority or issuing judicial decisions that grant legal legitimacy to the actions taken.

The Tunisian authorities should: