Libya: Asylum seekers’ drowning at sea is due to repeated illegal returns 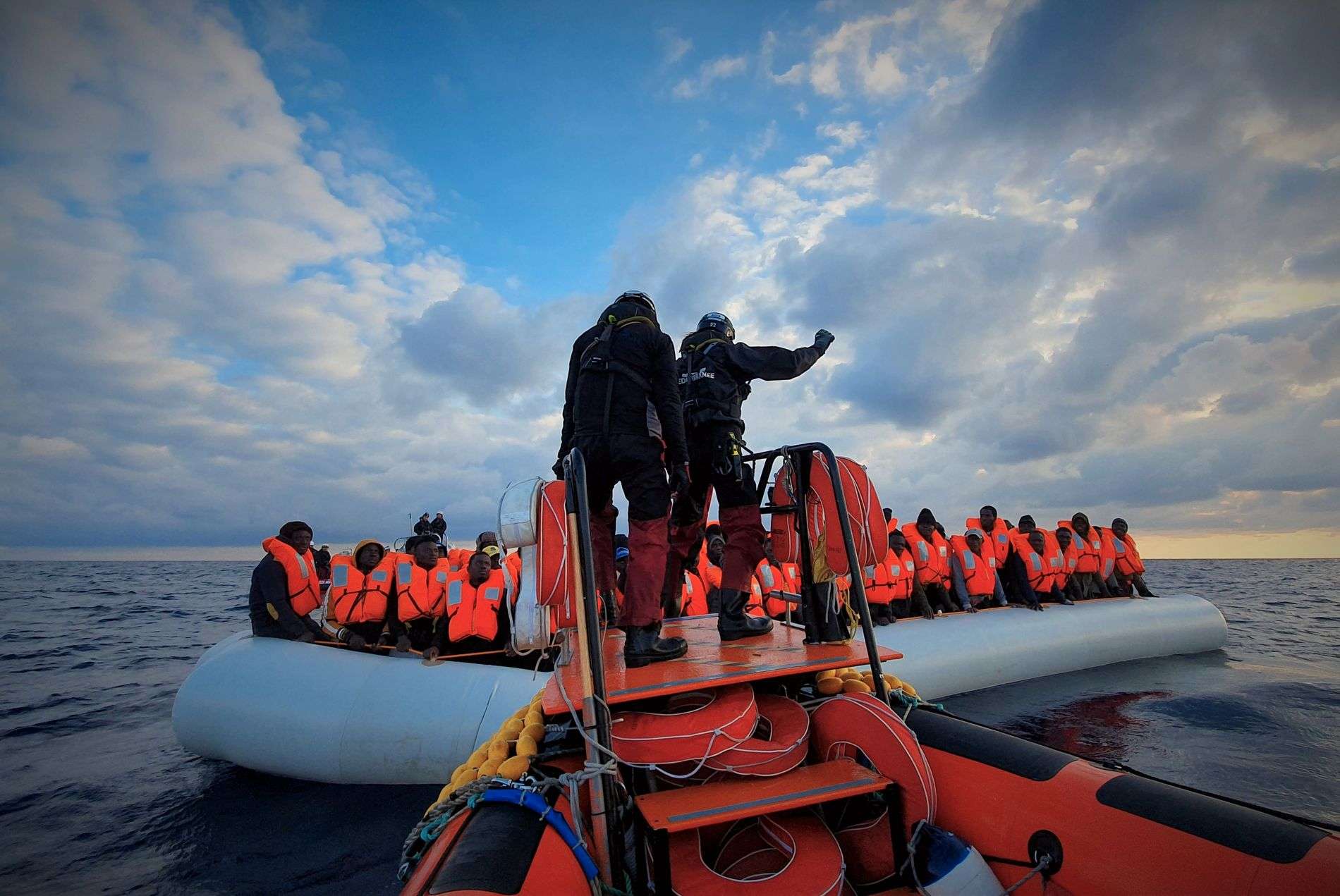 Geneva – A number of asylum seekers went missing after their boat capsized in the Mediterranean, Euro-Mediterranean Human Rights Monitor said Saturday in a statement. The European Union (EU) should actively participate in rescuing migrants and end illegal interception and returns.

Euro-Med Monitor received information that the boat carried about 30 migrants, most of them from the besieged Syrian city of Daraa.

According to testimonies, the boat sank at 10 pm on Thursday, after it was launched from the coast of the Libyan city of Misurata towards Europe.

A video clip of the Libyan Coast Guard rescue operation showed a several seekers clinging to the capsized boat.

The information Euro-Med Monitor received indicates the death of five people, including one woman, while rescue crews are still searching for other missing persons. The survivors have been transferred to Libyan detention centers for investigation.

Since the beginning of this year, more than 500 people have died while trying to cross the Mediterranean, from the shores of North Africa to Italy and Malta, according to the International Organization for Migration.

About 13,000 migrants managed to reach the shores of Italy, with a significant increase compared to previous years. In the same period in 2019 and 2020 about 4,200 and 1,100, migrants arrived, respectively.

Recently, there has been a significant increase in the number of Syrians migrating from the shores of Libya across the Mediterranean, fleeing the deteriorating political, security, and economic conditions in their country.

The recent incident is not the first this year, as the Libyan Coast Guard has arrested hundreds of migrants of different nationalities in recent months.

The Libyan authorities’ measures, for the most part, do not take into account the humanitarian dimension of the migrants’ conditions. Rather, they degrade their human dignity, leave them to drown by choosing to respond slowly to their distress call or impose subsequent measures on the survivors after they are rescued, making them vulnerable to many violations and abuses, including extortion.

The Libyan and European authorities should adopt a new policy that takes into account the human dimension concerning the issue of asylum and migration.

Security concerns do not justify leaving thousands of migrants and asylum seekers constantly exposed to drowning in the waters of the Mediterranean.

The EU bears part of the responsibility for the drowning of migrants and asylum seekers in the Mediterranean in light of its investment-based policies since the escalation of the migration crisis in 2015. The EU has been restricting the arrival of asylum seekers to European coasts by making deals and agreements with source countries in order to limit the movement of asylum seekers.

The EU must realize the need to jointly address migration and asylum flows across the Mediterranean, and cooperate with NGOs and other agencies to search for and rescue migrants and asylum seekers stranded at sea to find long-term solutions regarding related issues, in accordance with international law and the rights of asylum seekers and migrants.