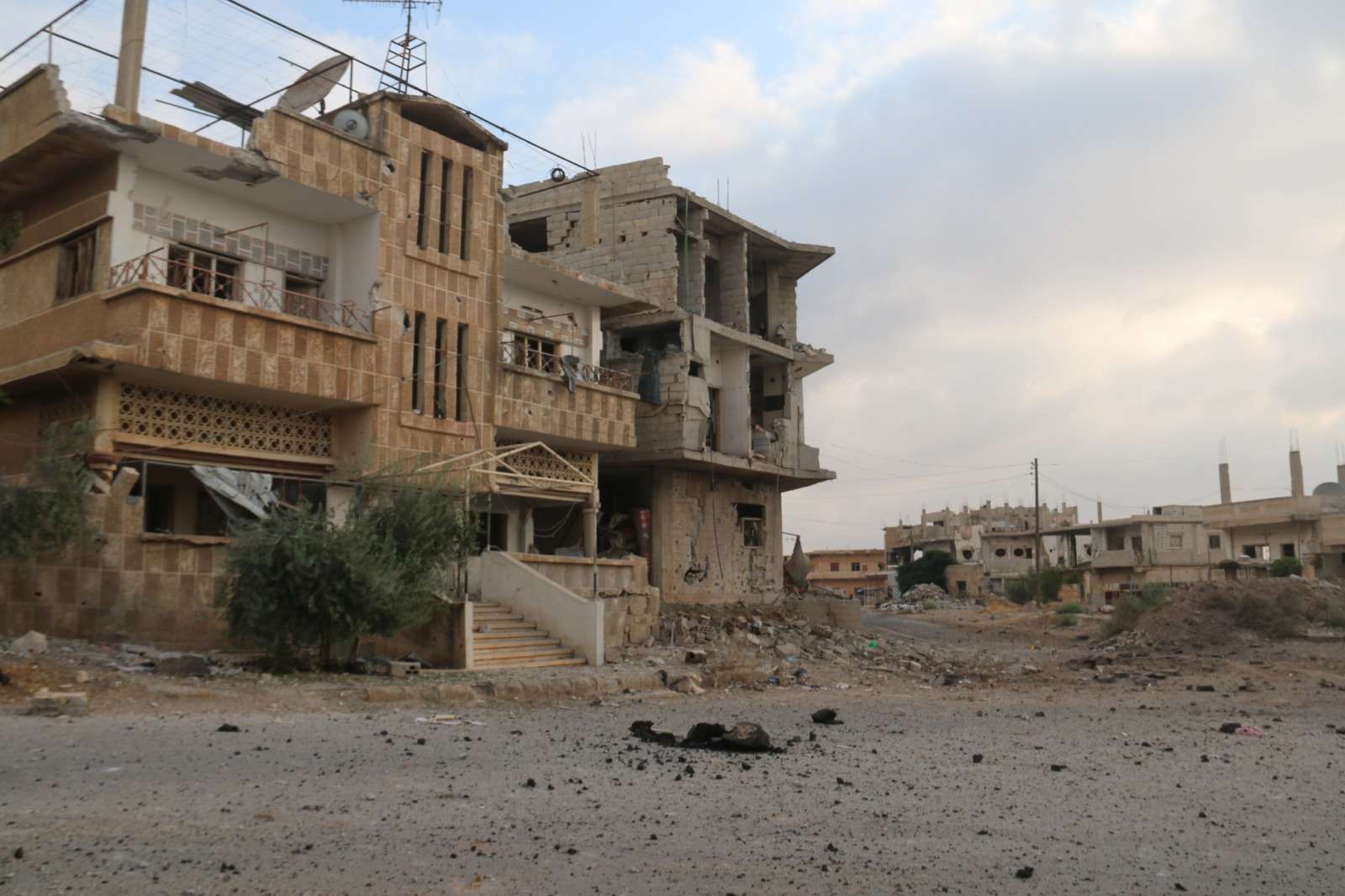 During the past few days, Syrian government forces and allied armed militias have intensified their indiscriminate attacks using heavy machine guns, rockets, and artillery on the neighborhoods of Daraa Al-Balad. Several civilians were killed, including women and children, and others were injured. The attacks also left massive destruction in residential homes.

A Syrian activist from Daraa al-Balad, who preferred not to be named, told Euro-Med Monitor that in under two days, Syrian forces targeted the neighborhoods of Daraa Al-Balad with more than 100 surface-to-surface missiles. The missiles killed three civilians, Hamda Al-Eid, Ahmed Ghazlan, and Bilal Ghazlan, and injured dozens of others, including children.

“The humanitarian situation in the neighborhoods of Daraa Al-Balad has reached a very dangerous level,” he said. “The strict siege, imposed since last June 24, has caused an almost total depletion of basic materials and severely affected the health services. The population hardly has access to food and drinking water. The suspension of health services has had a huge impact on patients, especially those with chronic diseases, who are now worried about their lives.”

According to the United Nations Office for the Coordination of Humanitarian Affairs, more than 38,000 civilians, mostly women and children, fled Daraa Al-Balad to safer areas after the siege was imposed.

Euro-Med Monitor has received information that government forces are still preventing the entry of basic materials into the besieged neighborhoods and relief organizations from bringing humanitarian aid to the population. This could exacerbate the humanitarian crisis and put the health and safety of the population at risk with the continuation of the siege.

A few days ago, the armed opposition reached understandings with the Syrian government forces, under Russian auspices, that allowed the departure of dozens of militants and their families from Daraa to the opposition-controlled areas in the north of the country.

However, it does not seem that the understandings and ongoing negotiations between the two sides resulted in a cessation of fighting, as the government forces still insist to storm the area, force the opposition fighters to hand over their weapons, and install security points inside the neighborhoods of Daraa al-Balad.

“The United Nations has sufficient tools to put an end to the impunity of the Syrian regime, but we have not seen any serious movement since the start of the conflict in 2011 to protect Syrian civilians and punish those involved in human rights violations,” Aljerjawi added.

The Syrian government forces should respect Common Article 3 of the Geneva Convention, which prohibits “violence to life and person, in particular murder of all kinds[...]” and asserts neutralizing civilians from military operations. They should also avoid carrying out indiscriminate attacks that would damage civilian property.

The Syrian government should immediately stop all military actions in Daraa Al-Balad, end the siege imposed on the area, and allow the residents to leave and enter the area without any restrictions.

The United Nations should exert all possible pressures on the Syrian government to end its attack, allow relief organizations to bring food and medical supplies into the besieged neighborhoods, and end all forms of collective punishment practiced by government forces against civilians in the area.