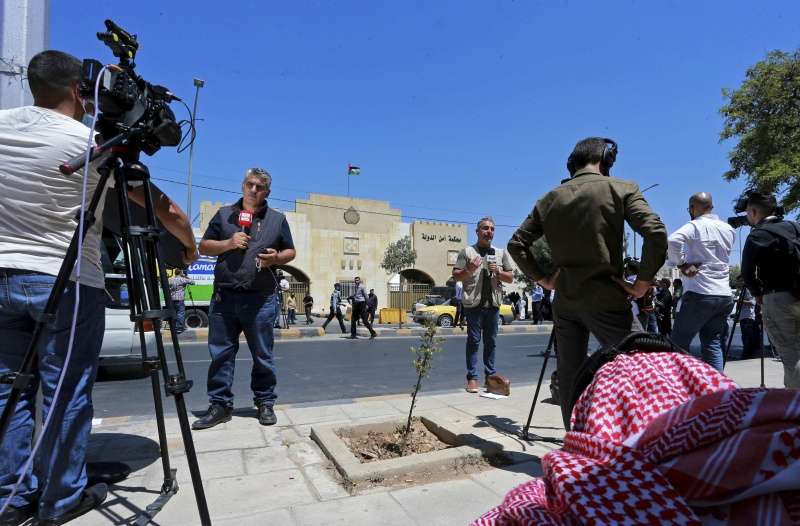 Withdrawing the proposed amendments from the official website is not enough. The government should permanently cancel them and move away from restricting media freedom.

Last month, the Media Commission sent the Prime Minister proposed amendments to the broadcasting and radio and television rebroadcasting licensing system, the system related to licensing fees for electronic news sites, printing houses, publishing and distribution houses, studies and research offices, advertising and periodical offices, in addition to the system of authorizing and monitoring audio-visual works.

The proposed amendments constitute an unjustified interference with the freedom of journalistic work in Jordan and reflect a continuous decline in the behavior of the Jordanian authorities towards journalists and activists in the Kingdom.

Jordan ranked 129 out of 180 in the 2021 World Press Freedom Index prepared by Reporters Without Borders.

Ahmed Hassan Al-Zoubi, the publisher of the Sawaleif website, told Euro-Med Monitor about the consequences that the proposed modifications might pose to his website. He said, “The damage to us as a result of the proposed amendments is represented in several aspects, most notably the exorbitant fees, as the proposed raise is 10 times the previous fees, in light of the stifling crisis affecting various sectors in the Kingdom due to the Coronavirus pandemic.”

He added, "We also face other consequences if the proposed amendments are implemented, including imprisonment or a fine if we do not pay a fee of 2,500 Jordanian dinars ($3,500) for using the live broadcast service via social media, which we often resort to in covering various events.”

Legal researcher at Euro-Med Monitor, Omar Al-Ajlouni, said, “The proposed amendments involve explicit legal violations and violate the principle of legislative hierarchy, as the renewal of the license is not mentioned in the Press and Publications Law, and the government may not amend the legal text or add mechanism.”

“The revocation of the license is allowed in only one case, which is the absence of an editor-in-chief. Moreover, the judiciary is the only power that has the authority to revoke a license not for the other party,” Al-Ajlouni added.

The Jordanian government should abandon all practices that would undermine the freedom of individuals and entities to publish and express an opinion and abide by its relevant international commitments.

It also should protect individuals’ and groups’ rights to exercise their rights and provide a safe and stable work environment for journalists, activists, and civil institutions, instead of introducing new laws and regulations that constitute an environment that repels civil work.