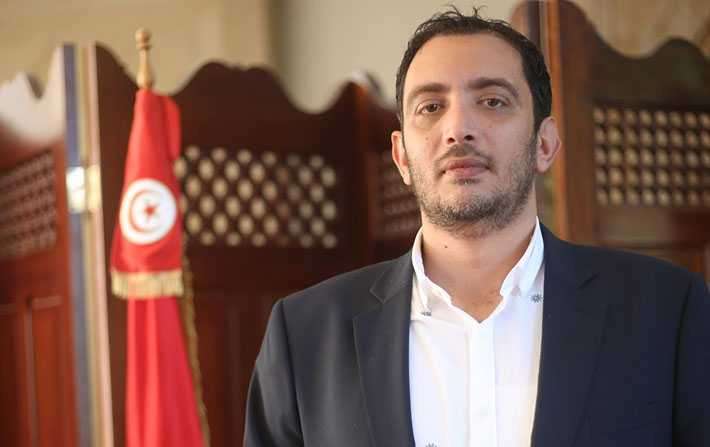 Geneva - The Euro-Mediterranean Human Rights Monitor expressed its concern over the health condition of Tunisian parliamentarian, Yassin Al-Ayari, as a result of his continuing hunger strike in prison for the third consecutive day, in a protest against his arrest.

The representative of the Hope and Action movement, Yassin Al-Ayari, began an open-ended hunger strike on the morning of Monday, September 7 in his cell in Mornaguia Prison, over a month after his arrest under the exceptional measures taken by Tunisian President, Kais Saied. Al-Ayari held the authorities fully responsible for his safety, the Geneva-based Euro-Med Monitor said in a press release on Thursday.

The Tunisian security forces arrested MP Al-Ayari by order of the military judiciary on July 30, several days after he published a post on his personal Facebook page, in which he rejected the exceptional measures taken by President "Saied" on July 25 and described it as a “military coup.”

In his blog, Al-Ayari criticized suspending the Assembly of the Representatives, as he considered that the public prosecution is independent, and the president cannot preside over it. He also said that dismissing the prime minister and ministers is not within the president’s prerogatives, and there is no constitutional provision that allows these measures.

Al-Ayari went on a hunger strike after fulfilling all legal methods for his release and being subjected to legal violations, a statement published by the Hope and Action movement said.

The statement explained that MP Al-Ayari experiences harsh conditions in detention, including the lack of suitable medical care, although his health file, which proves the presence of diseases that require special health care, is provided to the prison administration, the slow litigation procedures, and the settlement of complaints submitted against him, and his inability to purchase what he wants it from the prison canteen, as well as preventing him from receiving messages from outside the prison.

MP Al-Ayari was imprisoned in civil prison by order of a court ruling issued against him by the Military Court of Appeal on December 6, 2018, to two months in prison for a Facebook post in which he criticized the Tunisian army, the General State Agency for Military Justice in Tunisia said in a statement issued on July 30.

The agency stated that the Military Prosecution implemented the aforementioned ruling per the issuance of Presidential Order No. (80) for the year 2021, related to ending the immunity of members of the Parliament.

The legal researcher at the Euro-Mediterranean Monitor, Youssef Salem, said: “Given the timing of the arrest of MP Al-Ayari, and the behavior of the Tunisian authorities after the measures of President Saied, it does not seem that the arrest of MP Al-Ayari was to implement a previous court ruling as much as it is an abuse of the current circumstances to settle scores with the opposing voices, as the Military Prosecution did not wait for 30 days to see if immunity would return to parliamentarians or whether the suspension would be extended. Moreover, the arrest warrant was issued three days after the exceptional measures and after MP Al-Ayari published his blog in which he rejected the measures and held on to the immunity granted to him and the rest of Parliament members.”

He added that the arrest of MP Al-Ayari came as a result of the president's suspension of Parliament and ending the immunity of its members, which are decisions marred by clear constitutional violations. According to Chapter (80) of the Tunisian Constitution, on which President Saied relied in announcing his decisions, the Speaker of Parliament should be consulted before declaring exceptional measures, which did not happen. Additionally, the second paragraph of the same chapter stipulates that Parliament must be considered in a state of permanent convening throughout the emergency period. This provides a clear indication that there is no legal justification for disrupting the work of Parliament and leaving the country without a legislative council.

Salem also pointed out that the practices committed by the Mornaguia prison administration against MP Al-Ayari represent a clear violation of the inmate's rights stipulated in chapters (17 to 19) of Law (52) of 2001 related to the prison system, which guarantees the inmate the right to communicate with his relatives, the enforcement judge, the prison director, and all the correspondence he desires, in addition to obtaining necessary physical and psychological health care throughout his time in prison.

The Euro-Mediterranean Human Rights Monitor has documented that the Tunisian authorities have committed a series of violations since the announcement of the exceptional measures on July 25, including the arrests of human rights defenders, activists, and others who rejected these measures, the imposition of a house arrest and travel ban on a number of judges, and the banning of peaceful gatherings and nocturnal roaming.

The Tunisian authorities should release MP Yassin Al-Ayari, respect the parliamentary immunity he still possesses according to the Tunisian constitution, stop exploiting the current exceptional circumstances to infringe on rights and freedoms, and stop arbitrarily using the law to silence dissenting opinions.

The Euro-Med Monitor urges President Kais Saied to urgently end the suspension of state institutions, abandon the concentration of power in the hands of the presidency and executive institutions, and commit to respecting national laws and international conventions and treaties that preserve the rights of humans and prohibit the confiscation of their freedom and insult to their dignity.