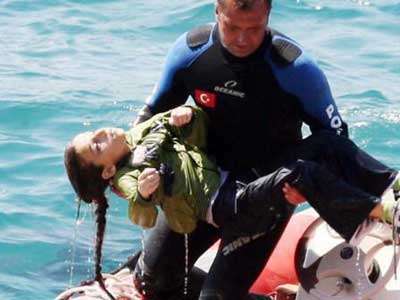 (Geneva) The Euro-Med Monitor for Human Rights, with headquarters in Geneva, has revealed that tens of bodies of Palestinian and Syrian refugees remain in the wreckage of a sunken ship off the Italian coast, despite it being more than ten days since the incident.

The Observer stated in a press statement on Tuesday (22/10), that contact made with the sinking ship indicates that there are still more than a hundred bodies stuck in the wreckage of the sunken ship at the bottom of the sea, with the Italian authorities failing in their role to recover the victims’ bodies, claiming the need for a substantial financial budget estimated at thirty million Euros.

The human rights organisation has accused the Italian authorities of “abject failure” in dealing with the sinking of the ship that carried Syrian and Palestinian refugees, considering the incident “Completely inconsistent with international standards and human rights principles. It further clearly demonstrates the failure of the Italian authorities in dealing with refugees humanely.

This calls into question the blatant discrimination for which the authorities in Rome bear responsibility for, deliberately not providing sufficient information about the incident, in addition to its refusal to take DNA samples from the unidentified victims’ bodies.

“Euro-Med Monitor” stated that the Italian authority’s records “indicate that the bodies of the deceased must be dealt with respect, with Italian law stipulating the right to a dignified burial. Contrary to this however, the way in which such bodies have been buried and the failure to recover a large number of them constitutes a form of discrimination”.

The Observer pointed out that the Italian authorities did not allow the surviving refugees of the sunken ship to participate in the burial of the victims in Malta or the Italian island of Lampedusa. Rather, the official authorities buried the victims, whose bodies had been recovered by divers at the beginning of the incident, in cemeteries around Sicily, failing to perform funerals and without affording the victims and their families their established right to perform a burial and observe religious rites.

Furthermore, testimonies collected by the Euro-Med Monitor indicate that more than 450 people were onboard the ship that set out from Libya. Taking into consideration the number of bodies that have been retrieved so far, the number of missing victims amounts to over 200, consistent with the estimates made by the Maltese authorities.

“Euro-Med Monitor” has stressed that what has happened “is a violation of the families’ right to know the fate of their children, constituting one of the many violations against the human right to a family life and respect for the family. It further represents a violation of the right of every person to have legal personality from the registration of his birth until his the registration of death.

Consequent to this there are rights and obligations related to the deceased and surrounding family, particularly in regard to personal property.”