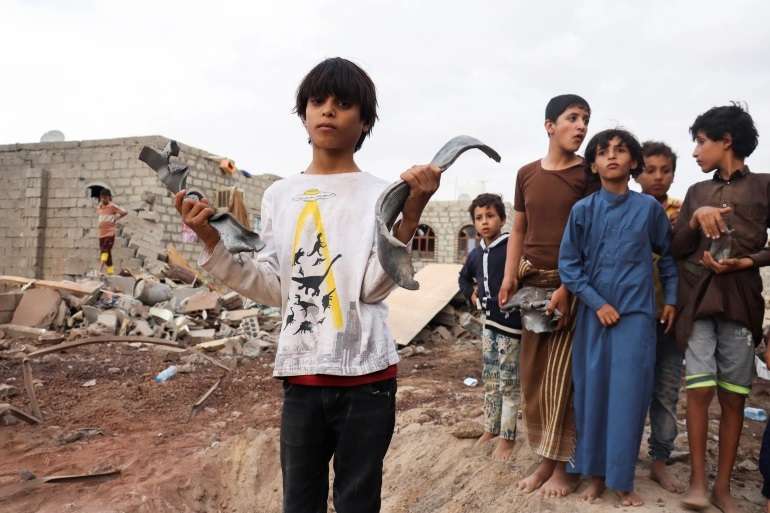 Geneva – The Houthi group's continued siege of the Al-Abdiyah District, south of the Ma'rib Governorate, in light of the severe shortage of most of the basic materials is of grave concern, Euro-Mediterranean Human Rights Monitor said in a statement.

Massive Houthi forces have been besieging more than 35,000 civilians for the past three weeks in Al-Abdiyah as part of the group’s continuous attempts to wrest control of the district from the Yemeni government, which is backed by air cover from the Arab coalition.

The Houthi forces have prevented food and mineral water from reaching the population, causing the essential supplies to become scarce in the district. This left the population no choice but to drink untreated water. In addition, due to running out of fuel, the complete blackout causes all the health facilities in the district to shut down, except one medical unit that provides treatment to the wounded with modest possibilities.

The Houthi group has escalated their artillery and missile attacks on the district since the beginning of this week, coinciding with the intensification of the Arab Coalition's air raids to prevent the group's advance amid the absence of supply lines or safe humanitarian corridors for the civilian population to leave.

Over the past months, Al-Abdiyah has been a haven for hundreds of families displaced from military operations in the neighboring Rahabah District. However, the escalation of fighting and the intensification of the siege on Al-Abdiyah portend a significant sharp in the humanitarian situation, especially among the displaced families, in light of their inability to provide for basic needs.

"Civilians are always the most affected by the conflict in Yemen, as they constantly pay a heavy price for the non-commitment of the warring parties to neutralize them from military operations," said Youssef Salem, legal researcher at Euro-Med Monitor.

"The Houthi group's practice of a policy of collective punishment against the civilian population in Al-Abdiyah is a serious violation of relevant international laws and protocols, especially with regard to the principle of proportionality and the texts that prohibit starvation and intimidation of civilians."

The United Nations and the international community's continued abandonment of the victims in Yemen – the latest manifestation of which was the Human Rights Council’s ending the mandate of the Group of Eminent Experts on Yemen – encourages the parties to the conflict to commit more violations without worrying about accountability.

The UN and the international community should abandon their passive response regarding the conflict in Yemen and make an urgent move to put an end to the military operations and deliver humanitarian aid to the population in light of the worsening humanitarian crisis in the country.

The Houthi group should neutralize civilians from military operations, open humanitarian corridors to secure the entry of food, water, health, and fuel supplies to the population in Al-Abdiyah, allow civilians to leave, and end the siege imposed on civilians unconditionally.

Countries and powers involved in the Yemeni crisis should end their political and military support for the parties to the conflict and pressure them to stop their military operations, engage in a dialogue to end the six-year conflict, and save millions of Yemenis who are living the worst humanitarian crisis in the world.